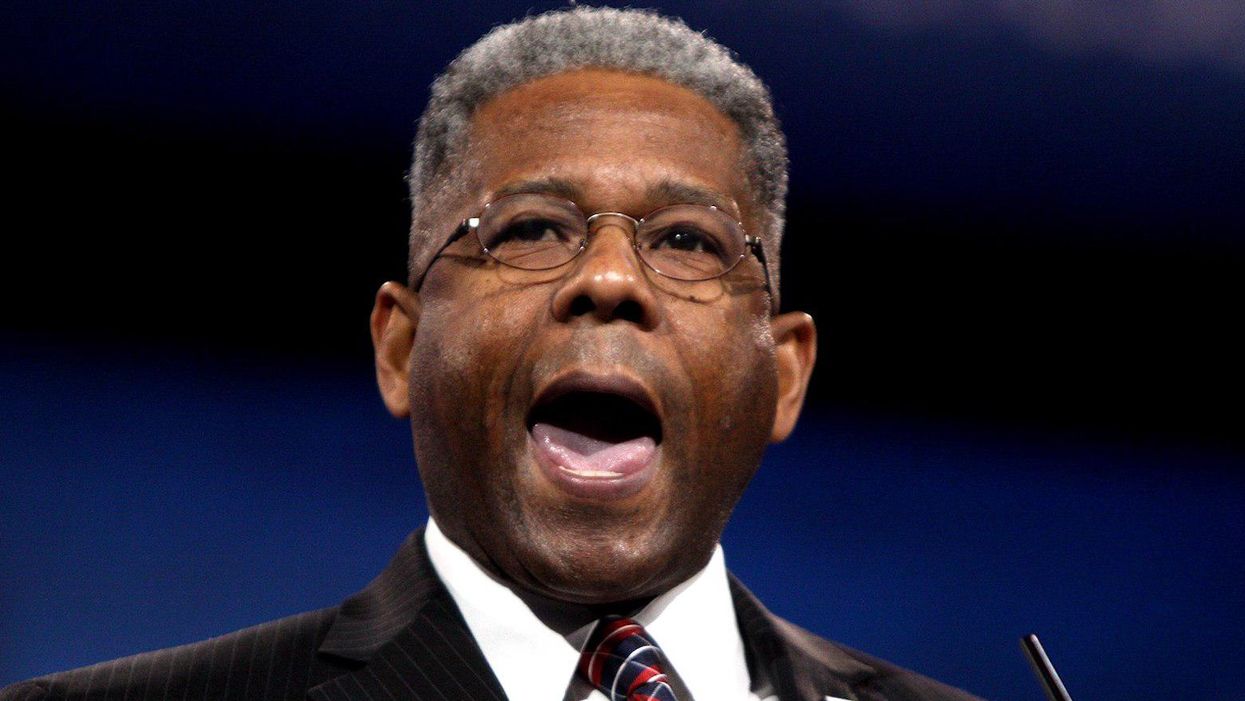 Gage Skidmore.
Patrick Svitek
and
The Texas Tribune
June 04, 2021
"Allen West resigns as chair of Texas Republican Party" was first published by The Texas Tribune, a nonprofit, nonpartisan media organization that informs Texans — and engages with them — about public policy, politics, government and statewide issues.

West, who has been in charge of the party for shy of a year, will remain chair until a successor is picked on July 11, the party said.

“It has been my distinct honor to serve as Chairman of the Republican Party of Texas. I pray Godspeed for this governing body," he said in a statement.

The party said that West “will take this opportunity to prayerfully reflect on a new chapter in his already distinguished career."

West has not ruled out challenging Gov. Greg Abbott, and he has also had tension recently with Lt. Gov. Dan Patrick.

A former Florida congressman who moved to Texas several years ago, West took over the party last summer, unseating incumbent James Dickey. He quickly made a name for himself for his willingness to speak out against fellow Republicans, including Abbott, whose coronavirus response he criticized.

West used the latest legislative session to push hard for the party's eight legislative priorities, and he has spent recent days lamenting the lack of progress that lawmakers have to show on them.

West is set to appear at a news conference at 10:30 a.m. in Whitehouse, near Tyler, to discuss the session.

Abbott has already drawn a primary challenge from former state Sen. Don Huffines of Dallas. In addition to West, Agriculture Commissioner Sid Miller could also take on Abbott. On Tuesday, Abbott was endorsed for reelection by former President Donald Trump.

Abbott is not the only statewide official with whom West has butted heads. Toward the end of the session, he put pressure on Patrick, the presiding officer, to pass a House-approved bill allowing permitless carry of handguns, questioning Patrick's commitment to the cause and alleging the Senate added "poison-pill amendments." Patrick eventually wrangled the votes, he got the bill through the Senate and it is now on its way to Gov. Greg Abbott's desk for his signature.

Without naming West, Patrick said in a statement at one point after the bill passed the Senate that those who claimed the Senate-amended bill was in peril "willfully misled many Second Amendment supporters in Texas."

This article originally appeared in The Texas Tribune at https://www.texastribune.org/2021/06/04/texas-allen-west-republican-resigns/.