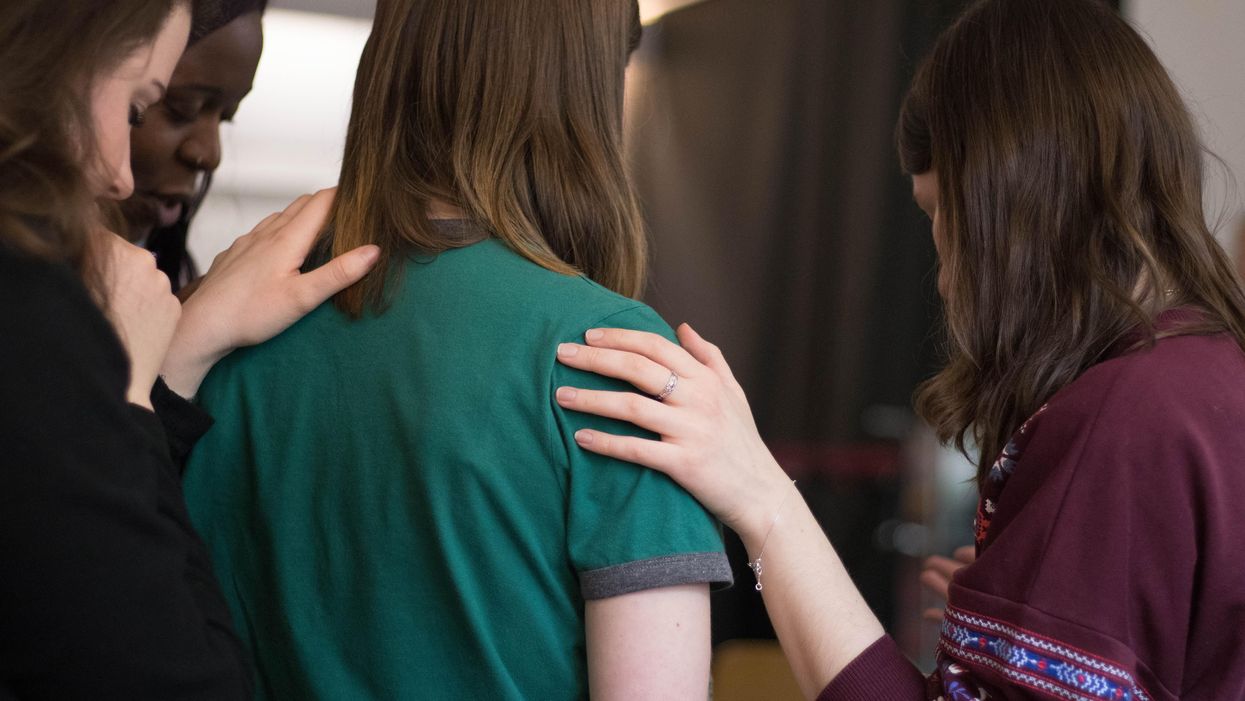 A common refrain in attacking women who have accused men of sexual assault (especially rich men) is that they are just looking to bring a civil suit and get a payday.

This accusation gets worse if these women so much as breathe in the direction of legal representation. Unfortunately, civil litigation is often one of the only ways for victims of gender-based violence (sexual assault, domestic violence, etc.) to get any kind of public acknowledgment, or redress, considering the abysmal statistics on convictions and jail time. Rather than judging the civil litigation route, we should be encouraging people to seek acknowledgment and personal justice in any way they see fit. And if that method comes with some money at the end for victims, so much the better.

Many victims report an experience of retraumatization and minimization by police when they report sexual assault. Police commonly mock, harass, dismiss and belittle accusations out of an assumption that women aren't telling the truth and a system of rape culture that downplays sexual assault entirely. Our adversarial system is tough on survivors in the best of circumstances. It was built as a structure that supported rape culture. But when one adds the sexism and racism pervasive in policing reporting sexual assault or domestic violence can be almost impossible for many victims.

Even when victims bring cases and make it through police questioning, the statistics on successful sexual assault prosecutions are dismal. In Manhattan, in 2019 prosecutors dropped 49 percent of sexual assault cases brought to their offices (an increase in dropped cases from 2017). Perhaps one reason prosecutors drop so many sexual assault cases is that they are one of the most difficult violent crimes to get a conviction for. That same year, in Manhattan, the conviction rate for sexual assault was 44 percent compared to 79 percent for first-degree murder. Nationwide, less than 1 percent of rapes and attempted rapes lead to felony convictions and less than 3 percent of rapists ever spend a day in jail (pre- or post-conviction). We shouldn't accept the low conviction rate as a justification to not bring charges. It's up to police and prosecutors to believe victims and overcome the challenges if a victim bravely comes forward.

When a man is finally brought to justice, we often ask why the women didn't come forward sooner and we judge the reliance on whisper networks for not doing enough to protect people from the abuser. Considering the retraumatizing treatment of victims, and the dismal success rates, how can we blame women for not coming forward? Until we put serious effort into reforming the criminal justice system's treatment of sexual assault cases and other gender-based violence, we cannot expect survivors to take on the risk and responsibility of coming forward to protect others without public support. One possible path forward is restorative justice, which could provide accountability without retraumatization. This option is appealing, especially for those who knew their abuser. Unfortunately, this option is not available in many jurisdictions and needs more logistical support than is currently in place.

Until the criminal justice system improves, I suggest we stop looking down on women bringing civil suits against rapists and abusers. Civil litigation has a lower bar of evidence for judgment in favor of the plaintiff than criminal court. The standard in civil court is a "preponderance of evidence" instead of "beyond a reasonable doubt." While the result from a civil trial obviously isn't a criminal conviction, a verdict that favors the plaintiff (accuser) would be a very public acknowledgment of their experience and could bring public accountability as well as protection for others (a civil verdict is a lot louder than a whisper network). Additionally, depositions and testimony from civil suits are a legal record that can be subpoenaed for jobs, other lawsuits or even criminal charges in the future (assuming the prosecutor doesn't make a deal with the perpetrator, like in the Bill Cosby case). While the system is still adversarial, a victim isn't reliant on police and prosecutors to decide if she's credible. Instead, she hires a personal advocate to protect her interests and file the case (this also makes this option too expensive for many victims, though). Also honestly, why shouldn't we support survivors seeking financial redress after a traumatic assault?

This week, New York City council members Carlina Rivera and Selvena Brooks-Powers introduced a bill to amend the existing Gender-Motivated Violence Act with a two-year window for revived civil litigation. Soon after the provision in the Violence Against Women Act to grant survivors of domestic violence and sexual assault the power to bring federal lawsuits was struck down in United States v. Morrison, New York City passed the Gender-Motivated Violence Act to allow victims to sue for damages.

The legislation was passed with a seven-year statute of limitations. Rivera and Brooks-Powers introduced a bill with a two-year "lookback window" to give victims more time to bring suits. Many victims need time to process their trauma and statutes of limitations can often make getting justice or public acknowledgment difficult. Many states are changing their statute of limitations with regard to rape and childhood sexual assault as a response to the abuse scandals from the Catholic church.

The proposed amended New York City bill aims to provide redress for survivors coming forward as a result of the cultural moment of #MeToo who are currently shut out as a result of the statute of limitations. The council members particularly had victims of Dr. Robert Hadden in mind. Hadden abused hundreds of women while working as a gynecologist and was granted a sweetheart deal by Manhattan District Attorney Cy Vance, which included zero jail time. The amended legislation would allow his victims to bring suit and hopefully have a day in court. In a press release, Rivera said, "For too long New Yorkers who survive instances of gender-motivated violence have been shut out of opportunities to pursue civil actions against their assaulters. Brooks-Powers said, "All survivors deserve to have their voices heard—on their own terms—and by adding a lookback window to the [Gender-Motivated Violence Act], countless others will finally be able to come forward with their stories."

For many shut out of the criminal justice system, civil litigation can be a powerful tool for public accountability, acknowledgement and a day in court on a victim's own terms. Let's stop judging women for seeking financial redress and instead support survivors of domestic violence and sexual assault for coming forward in whatever way possible. A criminal courtroom is not the only place to support their voices.

Mia Brett, PhD, is a legal historian who writes about the construction of race and gender in American history. She lives with her dog Tchotchke. You can find her tweeting @queenmab87.