The truth about Bill Cosby, the law, and the legacy of rape in America 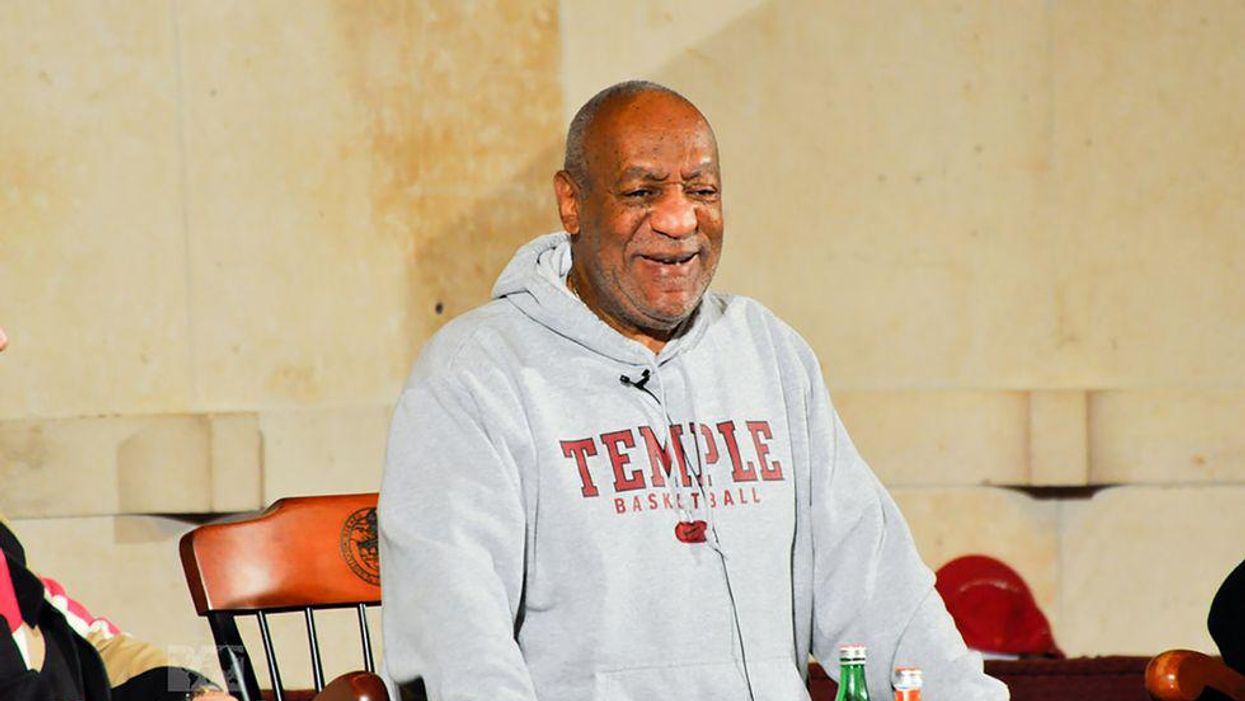 Serial rapist Bill Cosby has been released from prison. His 2018 conviction for the sexual assault of Andrea Constand has been overturned. While there are legitimate legal reasons for the decision, his release certainly is not justice. It's hard, however, not to feel that the biggest tragedy is that despite the short jail time, three years, Cosby spent more time in prison than 97 percent of rapists who never spend a day behind bars. Cosby's release does not mean he did not rape up to 60 women. It does not mean Constand was not telling the truth. His release shows us while due process must be the standard for jail time, it absolutely cannot be the standard for believing women.

The unfortunate reality is releasing Cosby was probably the right decision legally. In 2005, the then-District Attorney Bruce Castor made an "unconditional promise" to not charge Cosby in the assault of Andrea Constand, which led Cosby to give depositions in a civil case. Cosby's testimony in that civil case, his admittance that he drugged women to have sex with them, was then used in his criminal trial. The Pennsylvania Supreme Court ruled this violated Cosby's due process rights. I think Cosby belongs in jail. I believe his accusers. Yet under current law, it was the only decision the court could have made. That doesn't mean justice was served. Castor denied justice to Andrea Constand as soon as he made the decision for her to give up a criminal prosecution in favor of Cosby's depositions in a civil matter.

Rape culture and patriarchy are embedded in our criminal justice system. Historically, it has been almost impossible for women to get justice after a sexual assault. In the British North American colonies, rape was illegal but rarely prosecuted and the statute defined rape as requiring forceful carnal knowledge (defined as penetration) against a woman who was not a man's wife (martial rape did not exist as a legal cause until the late 20th century). Additionally, rape was usually a legal issue through the lens of male property. If an unmarried woman were raped, that property was her fathers. If a married woman were raped her husband's property was violated. Age of consent laws also made prosecuting rape difficult, as it was not until the late 19th century that states began to raise the age of consent from 10 to 12 to 14 to 16.

Until the 1970s, rape charges usually required force, multiple assailants or an attack by a man with absolutely no prior relationship with the victim. This definition excludes most rapes, which are committed by someone the victim knows. Because of these legal difficulties, the more common sexual assault charge in the 19th century was seduction. A seduction charge was warranted if a man obtained a woman's sexual consent through the promise of marriage. In these instances, a woman had to be "virtuous" (a virgin), but it was not required that force be proven or that the man be a stranger. Case law in the 19th century made a woman's "previous chaste character" a requirement to bring a charge of seduction and allowed the defendant to provide evidence of "specific acts of lewdness" to disprove a woman's chastity at trial. Though seduction was a more common charge, many of the women described assaults that included more violence or coercion than a simple promise of marriage. Men could escape a charge of seduction by marrying their victims, which was the ultimate result in many of these cases.

Rape charges were even more difficult for women of color who were often assumed to be promiscuous. Enslaved women couldn't legally be raped and interracial sex was more regulated by law than rape of Black women. The entire slave system supported the rape of enslaved women, as it caused pregnancy and ultimately produced more slaves. Furthermore, an enslaved woman defying her master's wishes, whatever they may have been, was a transgression unto itself. Rather than charging slave owners for rape, enslaved women were charged for resisting. In State of Missouri v. Celia, a slave, Celia was charged with murder for killing her owner to stop his four-year-long sexual assault on her. After slavery ended, Black women didn't have much more legal protection from sexual assault. While they technically were now included in the law, it wasn't until 1959 that white defendants were convicted of raping a Black woman in the South when Betty Jean Owens testified against the men who raped her.

Historically, the requirement to prove force and the distrust of the victim's statement made evidence in rape trials almost impossible to gather. A victim would also have to prove her own chastity and evidence of "lewdness" could be admitted to challenge her accusation of rape. Trial courts would rely on medical evidence by doctors to determine both "force" and "rape," but that meant medical understandings of rape and gender, as well as the personal doctor's opinions, heavily influenced rape convictions. Doctors not only gave testimony about evidence of force, such as marks on the body, but also evidence of a woman's resistance. To prove rape, a woman had to not only resist the assault, but resist it to her "utmost resistance." It took until the late 19th century for "force" to be interpreted as possibly including threats of violence. Adding even more confusion, appellate courts often distrusted the medical evidence that had been used to convict a man of rape, challenging what few convictions happened.

Thanks to activism by feminists, rape laws began to change in the 1970s to consider non-violent rape, marital rape, date rape and requirements of active consent. This period saw the passage of "rape shield laws," which protected a victim's identity and made prior sexual experience inadmissible. Before this change in the law, evidence of irrelevant promiscuity could be used to impugn a victim's character and "resistance" to rape. Unfortunately, these legal changes have not successfully changed the cultural understanding of rape or the legal assumptions present in rape trials. Women are often still expected to prove they did not "ask for it." We too often do not consider witness testimony as reliable and instead start from a position of assuming women are lying.

While the legal principle of "innocent until proven guilty" must continue to be applied to rapists in a court of law, that should not be the standard in the court of public opinion. Due process of law is necessary to deprive a man accused of sexual assault of his freedom. But why is it necessary before we believe women? Believing a victim of sexual assault without due process of law does nothing except deprive the accused of our good opinion. As long as the legal system remains biased against victims of sexual assault, we must separate legal standards of guilt from support and believing women.