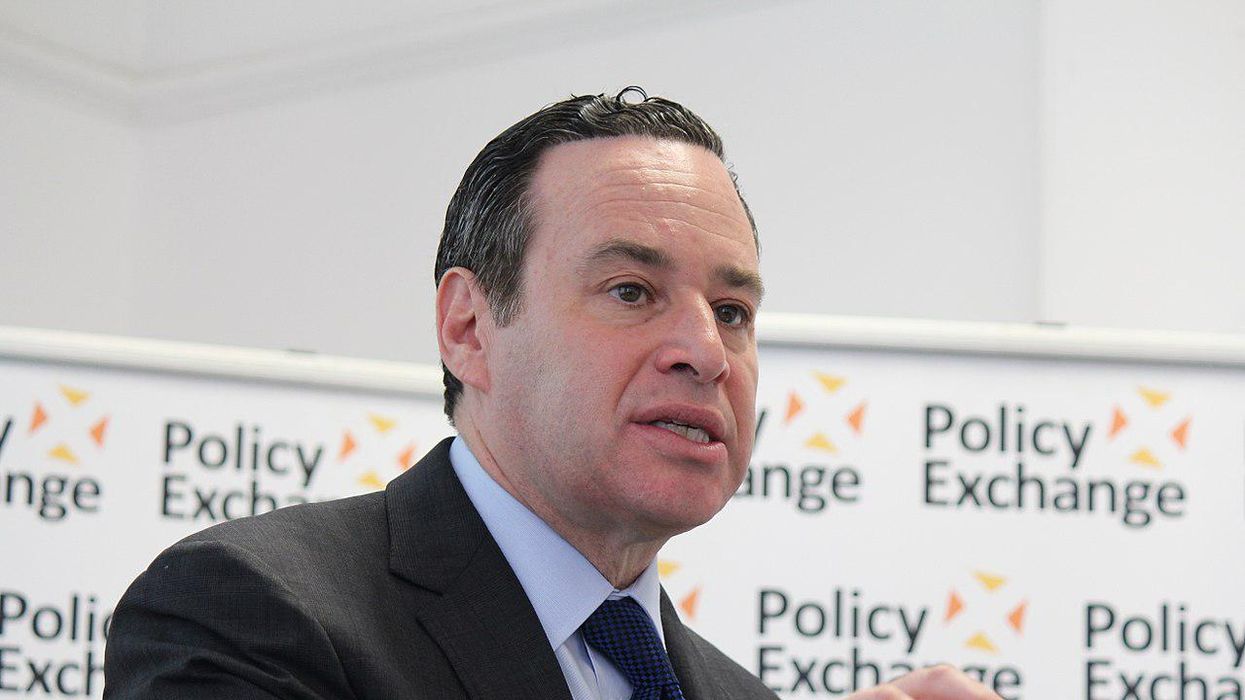 As COVID-19's delta variant causes a disturbing surge in hospitalizations in the U.S. — especially in red states — some far-right pundits continue to promote anti-vaxxer nonsense, including Tucker Carlson and Laura Ingraham at Fox News. But Never Trumper David Frum is one conservative journalist who has joined President Joe Biden in urging Americans to get vaccinated for COVID-19. And in a scathing article published by The Atlantic this week, Frum points the finger at anti-vaxxer attitudes — arguing that the United States would have mostly conquered COVID-19 by now were it not for Trumpified anti-vaxxers.

"In the United States, this pandemic could've been over by now, and certainly would've been by Labor Day," Frum writes. "If the pace of vaccination through the summer had been anything like the pace in April and May, the country would be nearing herd immunity. With most adults immunized, new and more infectious coronavirus variants would have nowhere to spread. Life could return nearly to normal."

Carlson has accused Biden of wanting to punish Americans who haven't been vaccinated for the COVID-19 coronavirus, but Biden has never advocated any type of punishment for the unvaccinated. Biden has, however, repeatedly stressed that the more Americans get vaccinated for COVID-19, the sooner the U.S. will be able to achieve some type of herd immunity and get back to normal.

@TheAtlantic So many articles recently have cautioned vaccinated Blue America to be patient and sympathetic with th… https://t.co/kfD4rpMr8W
— David Frum (@David Frum) 1627038648.0

Biden's goal was for 70% of U.S.-based adults to have been at least partially vaccinated for COVID-19 by July 4, although he fell a bit short of that goal. According to National Public Radio, 67% of adults in the U.S. had been either partially or fully vaccinated by that point. Biden would like to get that number way up, but anti-vaxxer attitudes persist — especially in red states.

"Experts list many reasons for the vaccine slump, but one big reason stands out: vaccine resistance among conservative, evangelical and rural Americans," Frum explains. "Pro-Trump America has decided that vaccine refusal is a statement of identity and a test of loyalty."

Data from the Mayo Clinic clearly bears out what Frum is saying. Although the overall number of Americans who had been at least partially vaccinated for COVID-19 was at 67% following the United States' 2021 Independence Day, that number is higher in some states and much lower in others — and some of the highest rates are in blue states, including 75% in Vermont and 71% in Massachusetts compared to only 40% in Louisiana, 44% in Arkansas, 41% in Alabama, 40% in Idaho and Wyoming or 38% in Mississippi.

Pennsylvania, a swing state, is at 64%. But in deep blue Philadelphia — a city that hasn't elected a Republican mayor since 1948 — the number of residents who were at least partially vaccinated for COVID-19 was at 70% in late June, according to the BillyPenn.com website.

Frum observes, "Part of the trouble is that pro-Trump state legislatures are enacting ever more ambitious protections for people who refuse vaccines. They are forbidding business owners to ask for proof of vaccination from their customers. They are requiring cruise lines, sports stadiums and bars to serve the unvaccinated. In Montana, they have even forbidden hospitals to require health-care workers to get vaccinated."

The Never Trump conservative adds, "Pro-Trump vaccine resistance exacts a harsh cost from pro-Trump loyalists. We read pitiful story after pitiful story of deluded and deceived people getting sick when they did not have to get sick, infecting their loved ones, being intubated, and dying."

Frum's frustration with anti-vaxxers is evident throughout this article. And he stresses that he isn't the only one who is feeling that frustration.

"As cases uptick again, as people who have done the right thing face the consequences of other people doing the wrong thing, the question occurs: Does Biden's America have a breaking point?" Frum writes. "Biden's America produces 70% of the country's wealth — and then sees that wealth transferred to support Trump's America. Which is fine; that's what citizens of one nation do for one another. Something else they do for one another: take rational health care precautions during a pandemic. That reciprocal part of the bargain is not being upheld."