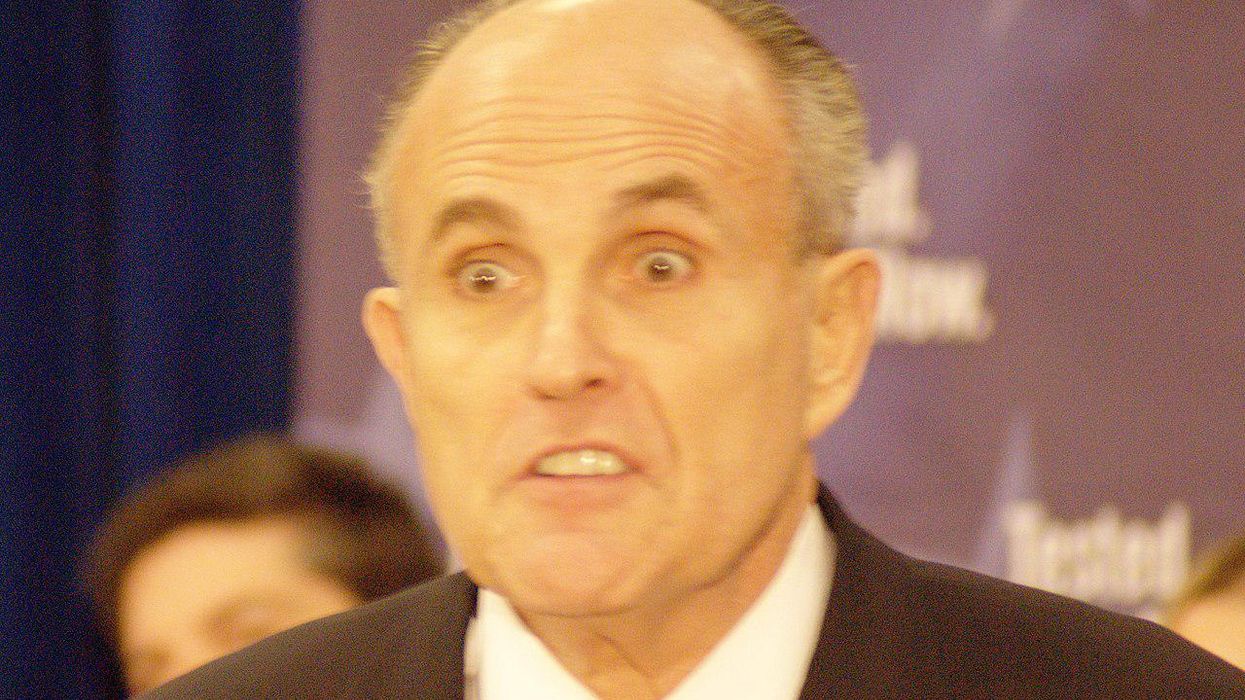 On June 24, supporters of former President Donald Trump were infuriated to learn that his former personal attorney, Rudy Giuliani, had been suspended from practicing law in New York City — where the ex-NYC mayor once served as a federal prosecutor for the Southern District of New York. MSNBC's Rachel Maddow discussed Giuliani's suspension and other things affecting Trumpworld on her show on June 24, warning that the more frustrated Trumpworld feels, the more dangerous and "radicalized" it will be.

Maddow noted that Trump, in response to Giuliani's suspension, urged his followers to "take back America." And Trumpworld, Maddow added, also feels frustration because members of the Michigan State Senate have debunked "all the Stop the Steal conspiracy theories about how the election was stolen from Trump in Michigan" — while in Georgia, a judge appeared "to have blocked an effort by Trump supporters to arrange some sort of Arizona-style recount in Georgia."

"So, Michigan debunked," Maddow told viewers. "Georgia, not gonna happen." And the liberal MSNBC host added that a pundit at One America News — a cable news outlet that prides itself on being to the right of Fox News and has been aggressively promoting the Cyber Ninjas election "audit" in Maricopa County, Arizona — called for the executions of thousands of Americans who it believes stole the election from Trump in 2020. The pundit Maddow was referring to was Pearson Sharp, who said, "What are the consequences for traitors who meddled with our sacred democratic process and tried to steal power by taking away the voices of the American people? What happens to them? Well, in the past, America had a very good solution for dealing with such traitors: execution."

Maddow told viewers, "Mass executions, they're now calling for at One America News. So, on Earth 2, in which Donald Trump was a good president and all lawyers ought to be more like Roy Cohn, and Donald Trump ought to now stay leader of the Republican Party — and he didn't even lose the election, and it was stolen from him — on Earth 2, today was a really bad day. And things are also, I think not coincidently, getting really, really radical really really fast."

Maddow added, "On Earth 1, Joe Biden is president. Apparently, we've got a multi-trillion-dollar infrastructure deal coming. I mean, this is a landmark day for the distance our two worlds have diverged since the Trump era in the Republican Party. I think, though, that it is worth considering that it is likely to be a radicalizing day in Trumpworld. Heads up, everybody. Heads up."