'This is deranged': Conservative columnist laments how thoroughly 'insane' the Trumpified GOP has become 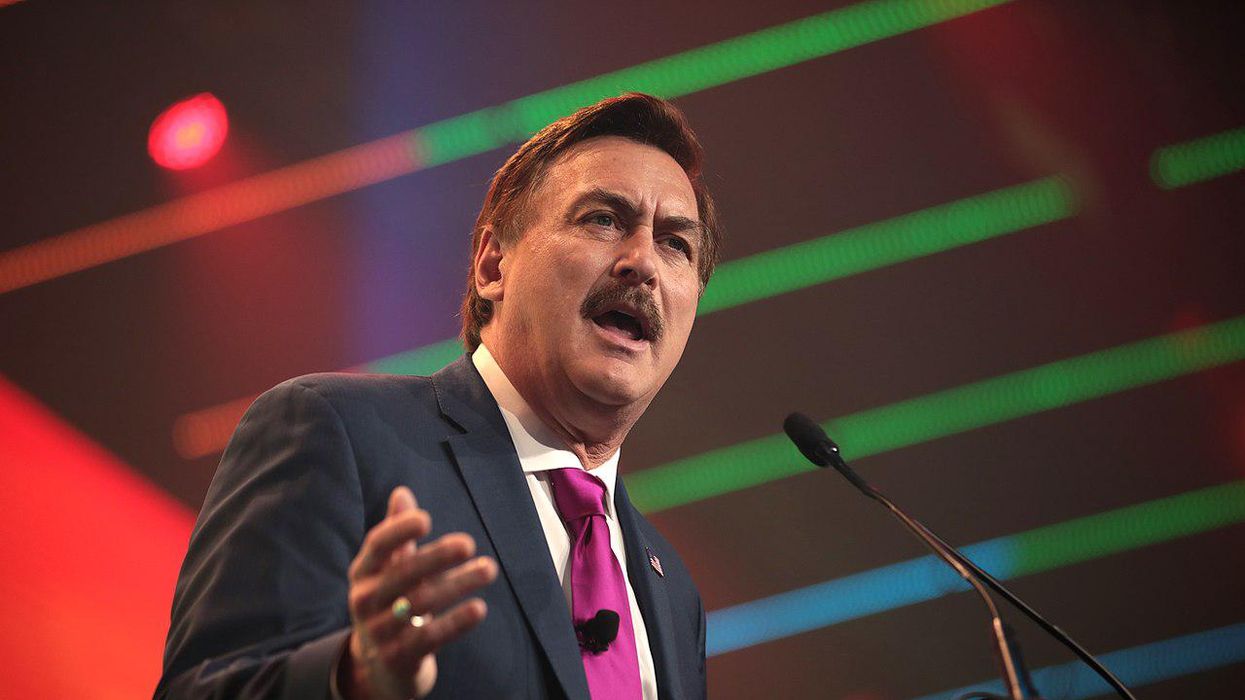 When conservative pundits Bill Kristol and Charlie Sykes founded The Bulwark in late 2018 following the demise of the Weekly Standard, it quickly became a popular refuge for well-known anti-Trump voices on the right — including Mona Charen, Amanda Carpenter, Tim Miller and Kimberly Wehle. Then-President Donald Trump has since been voted out office, but Sykes — in a Bulwark column published on June 4 — laments that the Republican Party hasn't grown any less unhinged since Trump's departure from the White House.

The 66-year-old Sykes covers a lot of ground in the column, focusing heavily on Trump's claim that he will be "restored" to the White House by August and Trump allies (including MyPillow CEO Mike Lindell) who continue to promote the lie that the 2020 election was stolen from him through widespread voter fraud. In fact, the 2020 election was quite secure, and now-President Joe Biden enjoyed a decisive victory — picking up 306 electoral votes and defeating Trump by more than 7 million in the popular vote.

"Mike Lindell, as you undoubtedly know, is the MyPillow Guy, who has been spreading lunatic conspiracy theories about the 2020 election and is being sued by the Dominion Voting Systems Company for $1.3 billion," Sykes explains. "His latest dose of insanity is his confident prediction that the Supreme Court will vote unanimously — 9-0 —to overturn the presidential election once they see his evidence…. I regret to inform you that Donald J. Trump, the former and perhaps future president of the United States, appears to be listening to the MyPillow guy."

On June 1, New York Times reporter Maggie Haberman tweeted that "Trump has been telling a number of people he's in contact with that he expects he will get reinstated" as president "by August." Some Republicans attacked Haberman for that tweet, claiming that she was suffering from "Trump derangement syndrome." But conservative Charles C.W. Book, in a National Review article headlined "Maggie Haberman Is Right," wrote, "I can attest, from speaking to an array of different sources, that Donald Trump does indeed believe quite genuinely that he — along with former senators David Perdue and Martha McSally — will be 'reinstated' to office."

This is off the charts bonkers. He's a madman and catering to his mania in pursuit of some near-term political gain… https://t.co/fPEETjeS9g
— Noah Rothman (@Noah Rothman) 1622742706.0

Cooke, in his article, went on to lay out some reasons why Trump, under the U.S. Constitution, can't be "reinstated" as president and why it's "obscene" for him to be claiming that he will.

Sykes, frustrated over what the GOP has turned into, comments, "I know you've heard all this before, but this is deranged stuff…. Here we are talking about an idea that everybody knows is obscenely stupid. Because, Trump. So let me reiterate the question I asked my fellow conservatives late last year: What were you thinking?"

Sykes, in his column, notes a tweet by former FBI special agent and frequent CNN guest Asha Rangappa, who posted: