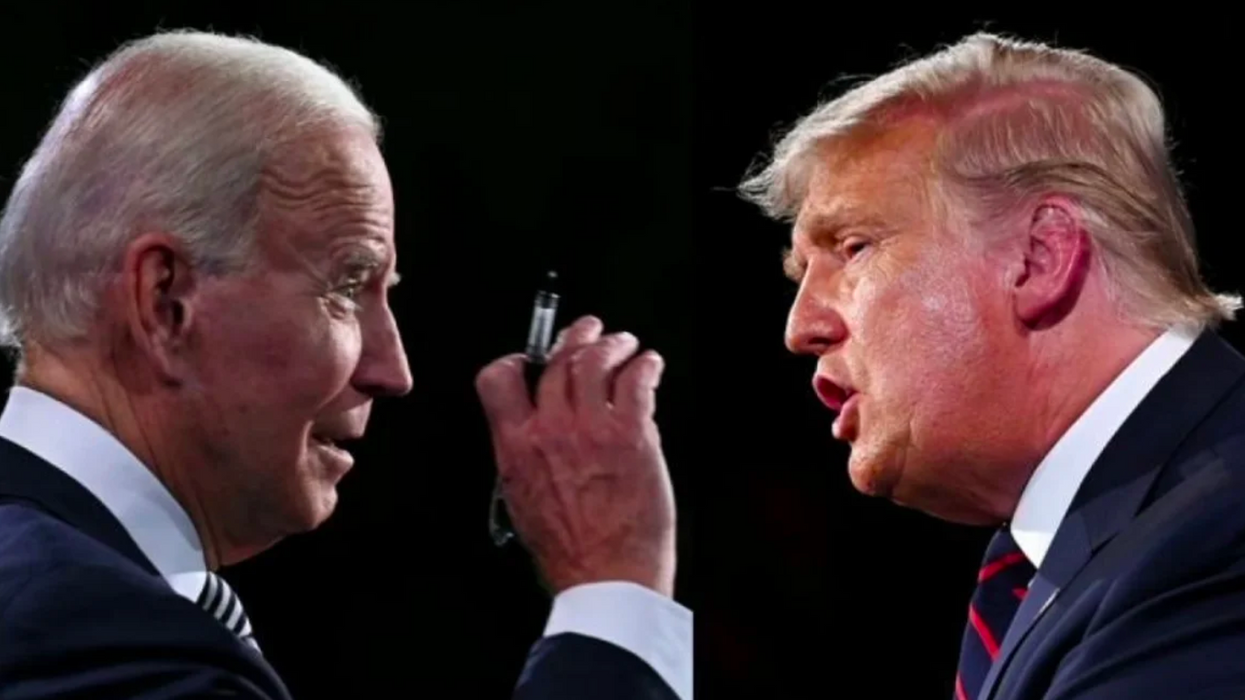 Four months into Joe Biden's presidency and almost seven months after the 2020 presidential election, some far-right supporters of former President Donald Trump continue to believe that he will be returning to the White House sometime in 2021. According to New York Times reporter Maggie Haberman, Trump "has been telling a number of people he's in contact with that he expects he will get reinstated by August." And this comes at a time when Trump's former national security adviser, Michael Flynn, continues to draw criticism for suggesting that the United States should have a military coup along the lines of Myanmar.

Haberman posted her tweets in response to a Monday evening, May 31 tweet from CNN's Donie O'Sullivan, who noted that "talk of a Myanmar-style coup in the United States has been popular among some Trump supporters and QAnon believers for months." O'Sullivan posted video of a female MAGA extremist at a QAnon event telling him that "Biden is like a puppet president" and declaring, "The military is in charge. It's going to be like Myanmar, what's happening in Myanmar…. At the right time, they're going to be restoring the republic with Trump as president."

In that video, O'Sullivan asks some other MAGA extremists if they would like to see a military coup d'état in the United States like the one in Myanmar — and they respond, without hesitation, that they would. One of them told O'Sullivan, "You know why? Because the election was stolen from us."

In fact, Biden enjoyed a decisive victory in 2020, and the election was quite secure. Biden won 306 electoral votes and defeated Trump by more than 7 million in the popular vote.

O'Sullivan told his CNN colleague Anderson Cooper, "This talk of a coup is something that has been circulating for months now in the QAnon conspiracy theory world that (Sidney) Powell and Flynn live in…. I spend a lot of time reading a lot of these pro-Trump forums, these QAnon forums online and speaking to Trump supporters — and I will say, of all the conspiracy theories we hear and all the different ideas, this talk from Americans about a coup, cheering on a coup and hoping for a coup, in the United States is one of the most chilling things that I hear on the road."

After the 2020 election, Flynn called for Trump to declare martial law. And at an event in Dallas on Sunday, May 30, a Trump supporter, according to CNN, told Flynn, "I want to know why what happened in Minamar (sic) can't happen here" — to which Flynn responded, "No reason. I mean, it should happen here. No reason. That's right."

In light of what has been happening in Myanmar, formerly Burma, in 2021, the fact that QAnon supporters and MAGA extremists — including Flynn — have called for that type of thing in the U.S. is, to use O'Sullivan's word, "chilling." Following a democratic election in Myanmar, the military disliked the election results and — making claims of widespread voter fraud that sounded very Trump-like — seized control on February 1. Countless protests and demonstrations followed the coup in Myanmar, where the junta has killed well over 800 people since the coup.