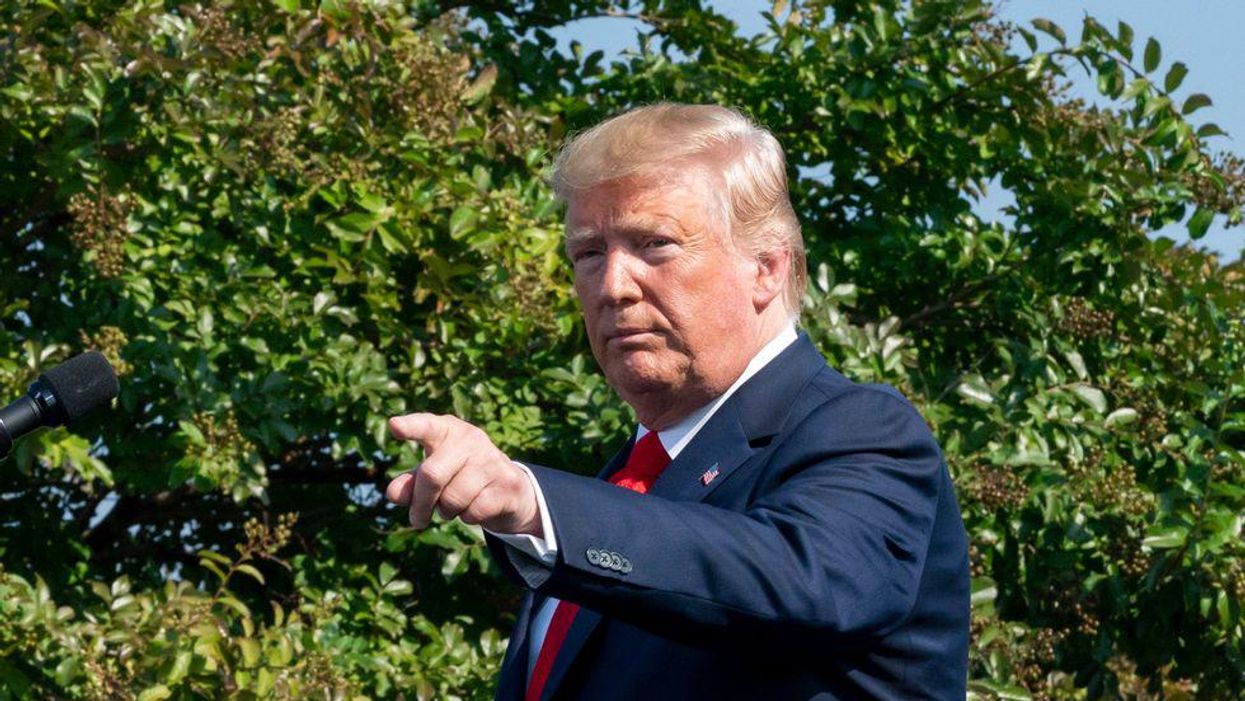 As the Republican Party continues to grapple with its crippling defeat in the 2020 presidential election, there are still looming questions and concerns about former President Donald Trump's presence and how his influence could impact the upcoming elections. Even now, the party is facing difficulties in separating from the former disgraced president.

According to The Washington Post, strategists have noted how critical a Trump endorsement is for Republican candidates as the base remains largely loyal to the former president. It also offers insight into the troubling manner in which he selects candidates to endorse. The problem centers on the fact that Trump does not always endorse candidates based on their ability to service in the position they seek but rather what they have to offer him.

The publication points to Trump's endorsement of newly elected Congressman Rep. Ted Budd (R-N.C.). While on the campaign trail, Budd was considered the losing candidate with a diminished chance of winning the election. However, that did not stop Trump from endorsing him.

"The Trump endorsement, I would compare it to a steroid injection," Budd's adviser Jonathan Felts said. "You don't get big and strong because of the injection. But it allows you to work out twice as hard and twice as long."

Although Republican strategists feared the endorsement could lead to the loss of another seat for the party, Budd did manage to win. What the victory suggests is that Trump's hold on the Republican political landscape spans further than the party would like to acknowledge.

Kellyanne Conway, former White House counselor and 2016 campaign manager for Trump, also weighed in on the importance of a Trump endorsement. "President Trump's primary endorsements can be make-or-break, but he need not go to every place or get involved in every race," said Conway.

"Withholding an endorsement (Jane Timken, Ohio '22) can be as powerful as granting an endorsement (Ron DeSantis, Florida, 2018). Regardless, candidates are duty-bound to connect with voters and make the case on their own," she wrote.

But of course, when it comes to Trump, these golden endorsements have a price tag. The former disgraced president/businessman is known for his history of negotiating and making deals only when it compliments his political agenda.

One Republican consultant also echoed sentiments similar to Conway's. "The first thing that everyone would want in a primary is for Trump to endorse," the consultant said. "The second thing is for him not to endorse their opponent. The third is, if he endorses their opponent, then he doesn't fly in to do a rally."

With Trump being a central component for the Republican Party, his ability to shape the outcome of future elections could help or hinder the political party. Trump's former special assistant Boris Epshteyn has made that very clear.

"President Trump is the indisputable leader of the Republican Party and the MAGA movement," said Epshteyn. "Republican candidates running for office across the country can only win by focusing on the issues important to MAGA voters."