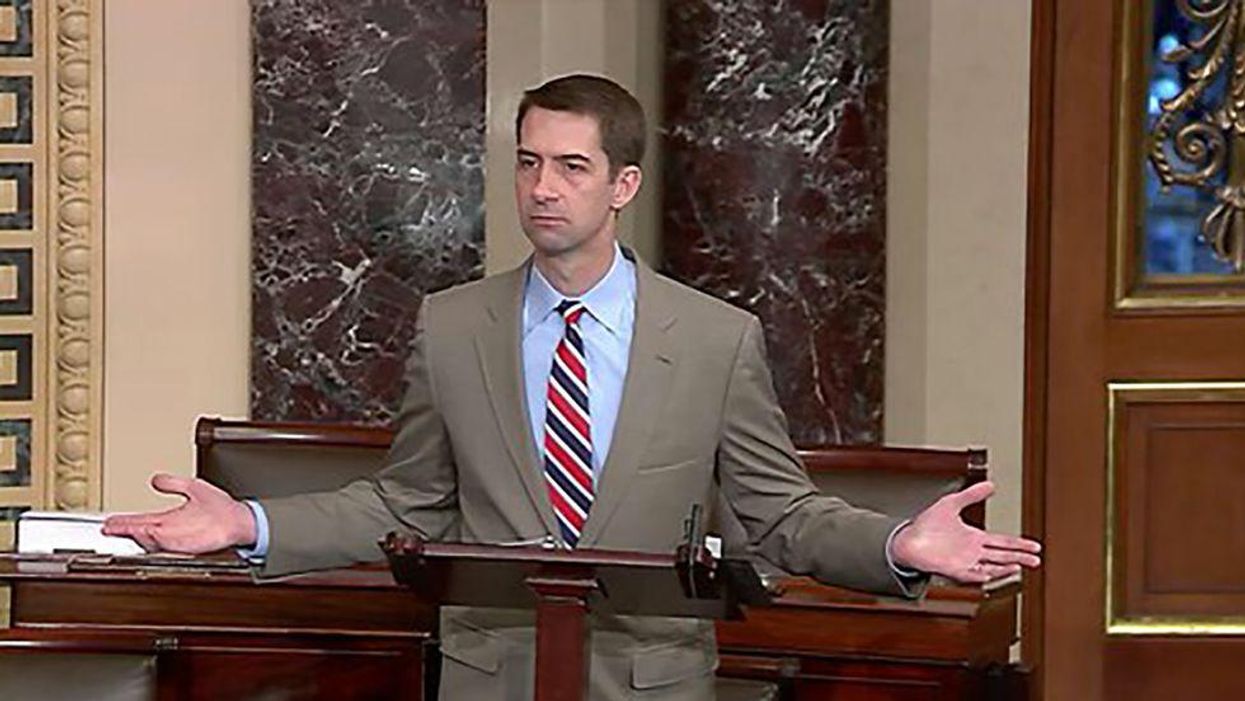 In a letter written to President Joe Biden, Cotton expressed concern about the upcoming winter event and how it could have "unique challenges for the safety, security, and privacy of Americans who attend."

"In 2022, thousands of world-class athletes will gather to compete in China," The Arkansas senator said. "Their DNA will present an irresistible target for the [Chinese Communist Party]."

He added, "Thus, we should expect that the Chinese government will attempt to collect genetic samples of Olympians at the Games, perhaps disguised as testing for illegal drugs or COVID-19."

Cotton also expressed concern about the event when he spoke from the Senate floor.

If the safety, security, and privacy of our athletes cannot be guaranteed, the United States must adopt a total and… https://t.co/zfwVVKbUop
— Tom Cotton (@Tom Cotton) 1623793897.0

Twitter users quickly sounded off and compared him to Rep. Majority Greene who hA made a career for herself on the strength of baseless QAnon theories. Some quickly noted that there was never a safety concern for previous Olympic events in China. "He realizes they drug test at the Olympics and have for years? Did he have this concern during China's last Olympics?" one Twitter user wrote.

Another user wrote, "What a complete effing more=on! Any testing going on will be handled by a medical team with chain of custody so it's known where the blood specimens are at all times! This is not a 2-bit dog & pony show!"

@StevenTDennis @LeftwardSwing What a complete effing more=on! Any testing going on will be handled by a medical tea… https://t.co/KZRjPOsVwt
— Diana Morrison (@Diana Morrison) 1623796058.0

@StevenTDennis Has Tom Cotton ever worried that someone will find he got his college degree from Trump University?
— dbWrasslin (@dbWrasslin) 1623818909.0

@StevenTDennis @owillis I was going to mockingly ask if he thinks China will use athlete DNA to breed genetically e… https://t.co/rndW1Ewtxb
— Patrick (@Patrick) 1623817386.0

The Hill requested comments regarding Cotton's letter. However, the White House and U.S. State Department have not yet responded to that request.