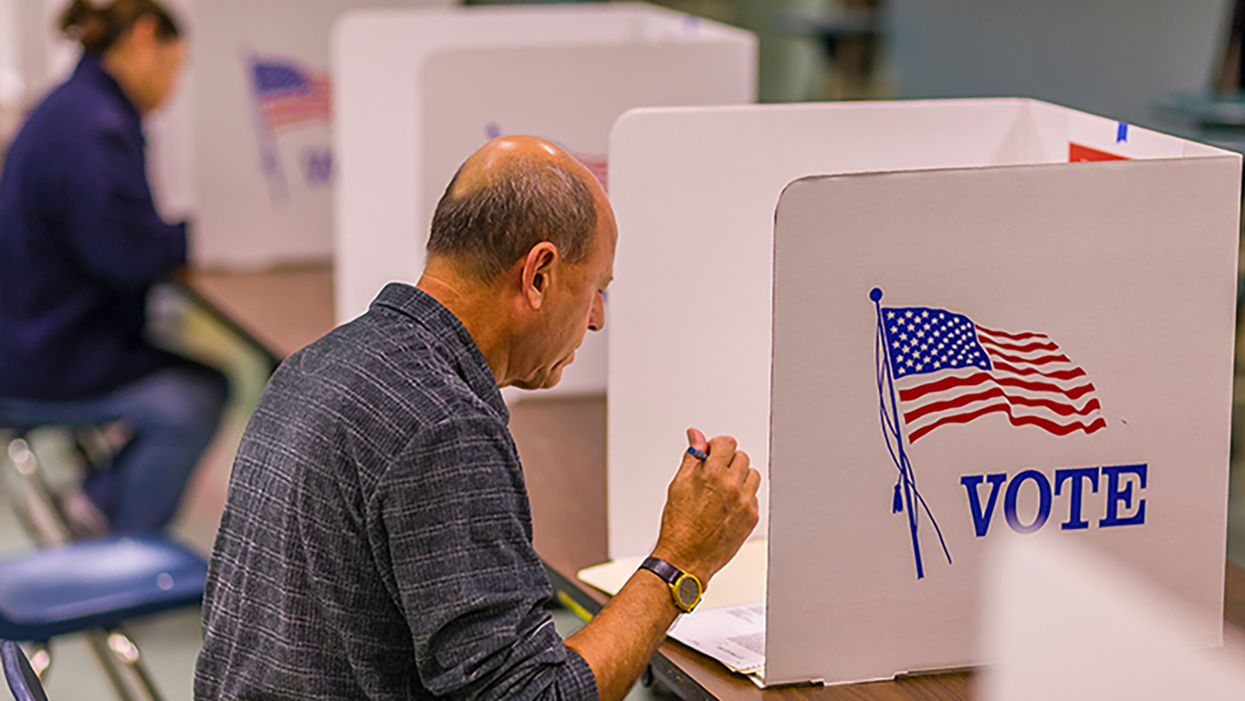 Image via Shutterstock.
Ever heard of a 'top-4' primary? It could be heading to a state near you soon
Meaghan Ellis
June 23, 2021

As lawmakers continue the fight over voting rights, there is one state that could play a critical role in determining which way the balance of power will swing in the House of Representatives. According to PBS.org, gerrymandering in Texas could play a key role in the outcome of the 2022 primary election.

Over the last several months, Republican lawmakers have worked around the clock to incorporate more laws to restrict voting across the state. Now, gerrymandering could be another problematic factor. The publication reports that redistricting in Texas would actually give Republicans "an opportunity to shore up their position as the dominant party in the state."

"Texas' two new House districts will bring the size of its congressional delegation to 38, second only to California, which is losing a congressional seat for the first time. Texas will also now have 40 Electoral College votes, up from 38, making it an even bigger prize in presidential elections just as the state is becoming more competitive in presidential races thanks to an influx of voters from left-leaning states in the Northeast and Midwest."

However, there is one catch. With the state's rapidly-changing demographic, it could be far more difficult for Republicans to use gerrymandering to their advantage as they have done in the past. Stephen Klineberg, founding director of the Kinder Institute for Urban Research at Rice University in Houston, Texas, weighed in on the gradual demographical landscaping changes in Houston alone as he noted that the city has become more predominantly African-American and Latino.

"No force in the world is going to stop Houston or Texas or America from becoming more African American and Latino in the 21st century. Republicans understand that. They can't win [anymore just] by appealing to old white guys," said Klineberg.

But Republican lawmakers looking to outline new districts have a focal point on two things: "the congressional seats must have approximately 770,000 voters each, the same number as the state's other House seats; and the new districts must follow state and federal guidelines that ban discrimination against voters based on their race, ethnicity or color."

In the past, Republican lawmakers have looked to encompass areas that included large cities while also capturing a "large number of voters — but stretched out into suburban and rural areas that are predominantly white and conservative."

"That's what redistricting does," Klineberg said. In Texas, Republicans "concentrate all the Democrats in one district, and then draw powerful lines from one little piece of [a city] out into the boondocks."

While Democrats are hoping to have some form of influence on redistricting, they are aware their political party will most likely be secondary with Republican lawmakers in charge. "If the reason that we're getting [the new seats] is driven because of the Latino community and other ethnic communities, then the seats ought to reflect that," said Alvarado. "But the lines are going to be drawn by people who may not agree with that."