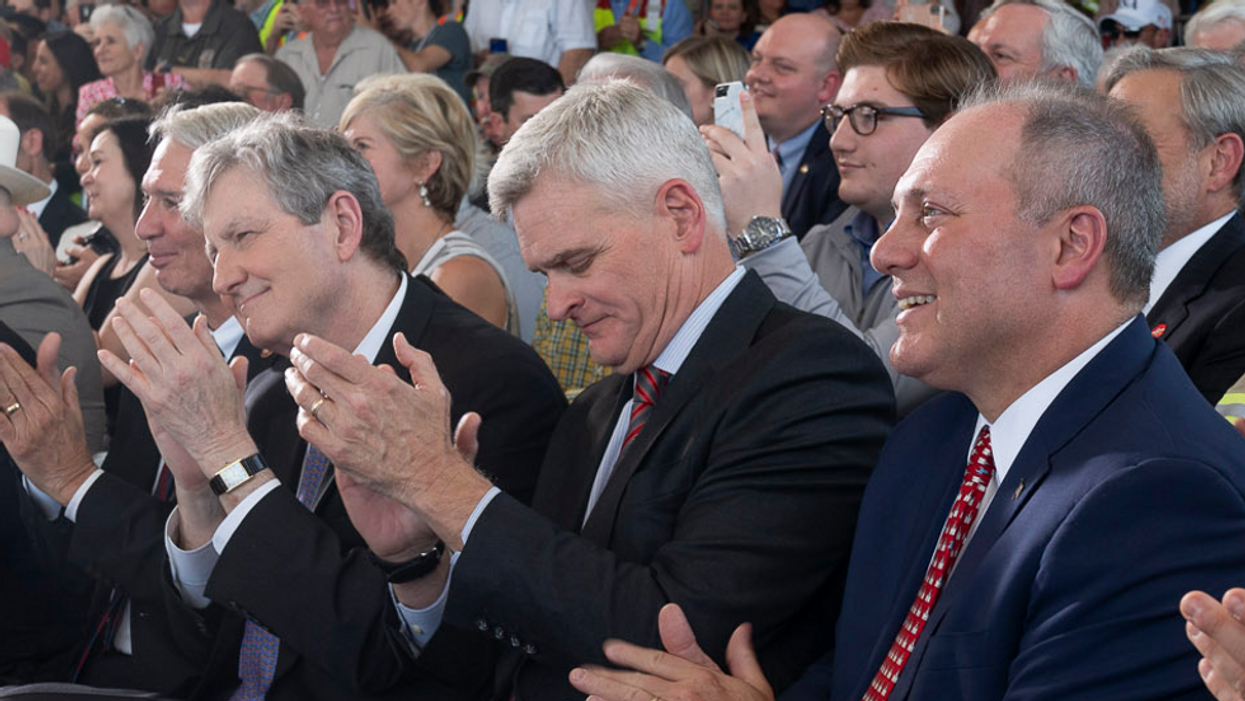 As Republican lawmakers continue to push for legislation to restrict voting, a Washington Post columnist is shedding light on a major warning from more than 100 scholars and experts: America's democracy is at risk.

More than 100 scholars of democracy signed in support of a new public statement of principles, The Washington Post reported Tuesday. The scholars aimed to make one thing very clear: "On the line is nothing less than the future of our democracy itself," they wrote.

"Our entire democracy is now at risk," the scholars write in the statement, which WaPo columnist Greg Sargent obtained before it was released. "History will judge what we do at this moment."

The scholars have a dire request for lawmakers. "We urge members of Congress to do whatever is necessary — including suspending the filibuster — in order to pass national voting and election administration standards," the scholars wrote as they referenced the voting rights protections included in the For the People Act.

In the letter continued:

In future elections, these laws politicizing the administration and certification of elections could enable some state legislatures or partisan election officials to do what they failed to do in 2020: reverse the outcome of a free and fair election. Further, these laws could entrench extended minority rule, violating the basic and longstanding democratic principle that parties that get the most votes should win elections.

Democracy rests on certain elemental institutional and normative conditions. Elections must be neutrally and fairly administered. They must be free of manipulation. Every citizen who is qualified must have an equal right to vote, unhindered by obstruction. And when they lose elections, political parties and their candidates and supporters must be willing to accept defeat and acknowledge the legitimacy of the outcome.

Speaking to Sargent, Lee Drutman, a senior fellow at New America, weighed in to explain the purpose of the scholars' collective statement.

"We wanted to create a strong statement from a wide range of scholars, including many who have studied democratic backsliding, to make it clear that democracy in America is genuinely under threat," Drutman said.

He continued, "The playbook that the Republican Party is executing at the state and national levels is very much consistent with actions taken by illiberal, anti-democratic, anti-pluralist parties in other democracies that have slipped away from free and fair elections."