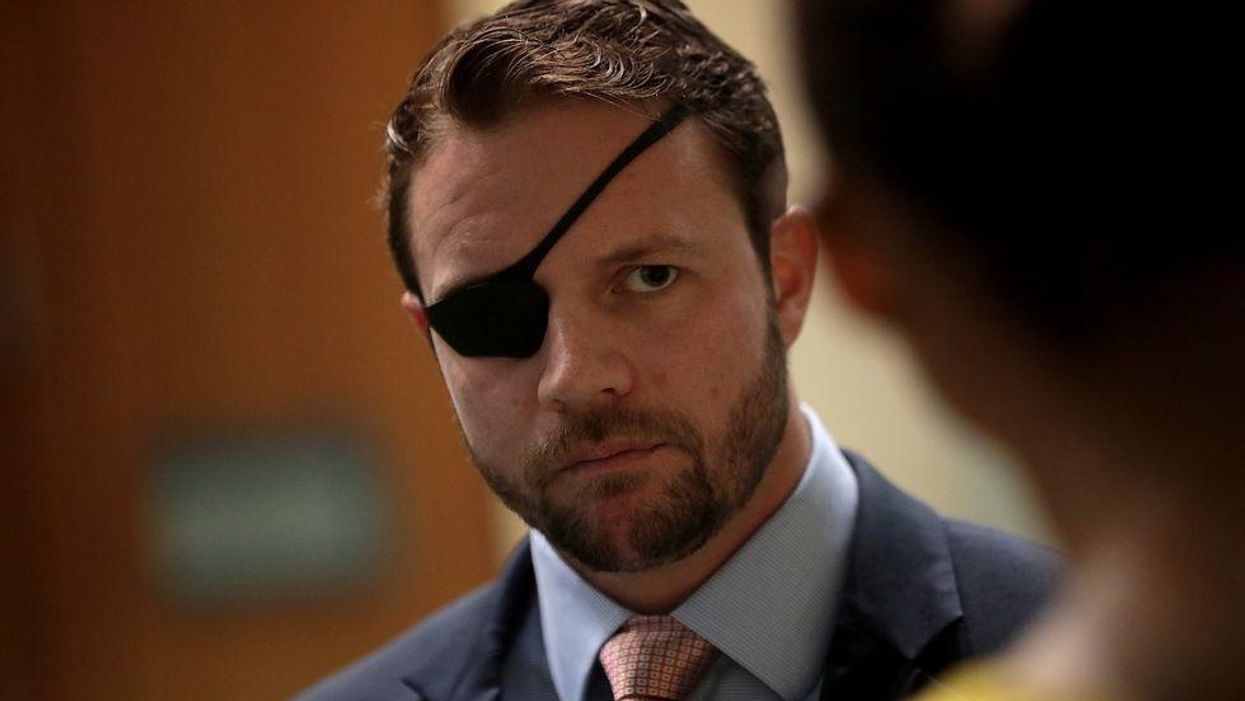 Rep. Dan Crenshaw's (R-Texas) attempt to push back against the so-called "woke ideology" he believes is consuming the U.S. military did not go as planned. On Friday, June 4, the Texas lawmaker took to Twitter to express concern about the military.

He tweeted, "We won't let our military fall to woke ideology," Crenshaw said.

According to The Washington Post, Crenshaw's "woke military" ideology is part of a collaborative effort with Sen. Tom Cotton (R-Ark.) to oppose the new military policies ushered in by leaders of the U.S. Department of Defense.

Since President Joe Biden's inauguration, military leaders have been proactive in steering the armed forces toward a path that emphasizes the importance of inclusion and diversity regardless of race, gender, or sexual orientation.

DoD leaders have also made it clear that extremist terror groups do not have a place in the U.S. armed forces. Changes are also being made where women are concerned. The publication reports that the U.S. Navy also said: "the changes reflected new policies allowing women to serve as operators in Naval Special Warfare."

But despite the positive strides toward inclusion, Crenshaw is calling for "whistleblower complaints" for more details about the military's policies.

"I have heard countless stories of commands teaching critical race theory, encouraging neutral pronoun use, promoting liberal activist books. We are asking for whistleblower complaints to obtain more specifics, and more evidence, so Americans know what their military is up to," Crenshaw said.

In response to Crenshaw's tweet, he received a flood of "complaints." However, the responses are probably not what he bargained for. A number of tweets were shared at the Republican lawmaker's expense.

Despite the complaints, Defense Secretary Lloyd Austin has adamantly defended the policy changes. During an interview with CNN, he shared his perspective.

"I think we're doing a great job in terms of recruiting the right kinds of people, providing access to people from every corner, every walk of life in this country," Austin told CNN. "As long as you're fit and you can qualify, there's a place for you on this team," he said.