Mitch McConnell built the GOP to be a unified wall of obstruction against Biden's agenda. Here's how he did it 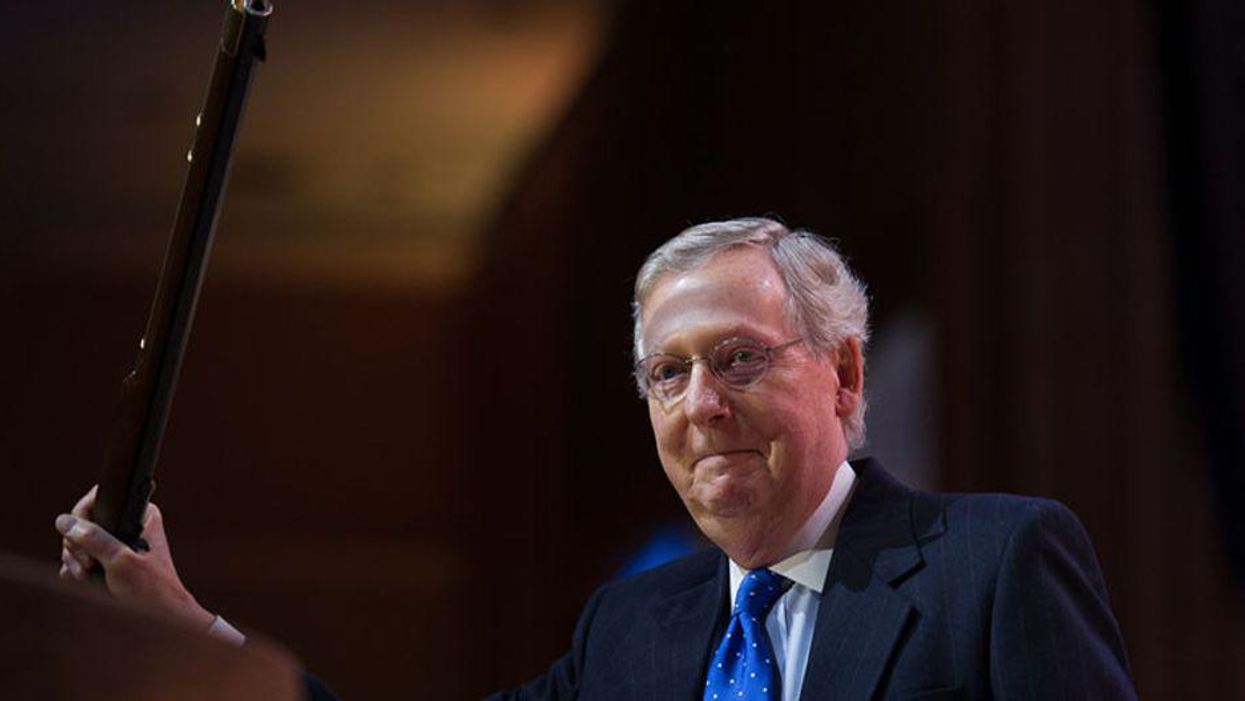 Senate Minority Leader Mitch McConnell (R-KY) has made it clear that he has one particular goal where the Biden administration is concerned: obstruct as much as he possibly can.

McConnell previously said: "100% of my focus is on standing up to this administration. What we have in the United States Senate is total unity from Susan Collins to Ted Cruz in opposition to what the new Biden administration is trying to do to this country."

Using the filibuster to his advantage, McConnell has "repeatedly voted against key legislation to delay Democratic progress," according to The Guardian. His Republican colleagues have helped him to build a wall of obstruction.

While Democratic lawmakers currently control the House, Senate and White House, Larry Sabato, director of the University of Virginia's Center for Politics, argued that Republicans still appear to be the more united political party.

"Right now I think the Republicans are definitely the more united of the two parties and the Democrats at a certain point are going to boil over because while the first big bill [coronavirus relief] went fine, everything since has not," Sabato said.

With the House and Senate evenly divided and Vice President Kamala Harris being the only tie-breaker, the filibuster has worked in McConnell's favor more often than not. As long as the Republican lawmaker has the power of the filibuster, he only needs a certain amount of cooperation among Republican lawmakers. The provisions have helped him greatly.

Sabato added, "As long as they keep the filibuster, he's guaranteed to succeed. I can't find 10 Republicans who will break with McConnell on anything. They wouldn't break with him on a weather report."

Despite McConnell's ability to obstruct, Wendy Schiller, a political science professor at Brown University in Providence, Rhode Island, noted one area where the top-ranking Republican lacks: in trying to re-establish the traditional conservative base that existed prior to the Trump era.

"He's trying to rebuild that more traditional Republican base, particularly with money, going into 2022," Schiller said.

"The problem for him is that they don't want anything to do with Trump or QAnon or white supremacists and I don't think the Republicans have succeeded yet in separating," Schiller said. "The Achilles heel of the Republican party right now is the same thing that gives them some popular momentum. They're going into a midterm where suburban voters, who are so key, have rejected Donald Trump and want nothing to do with him."