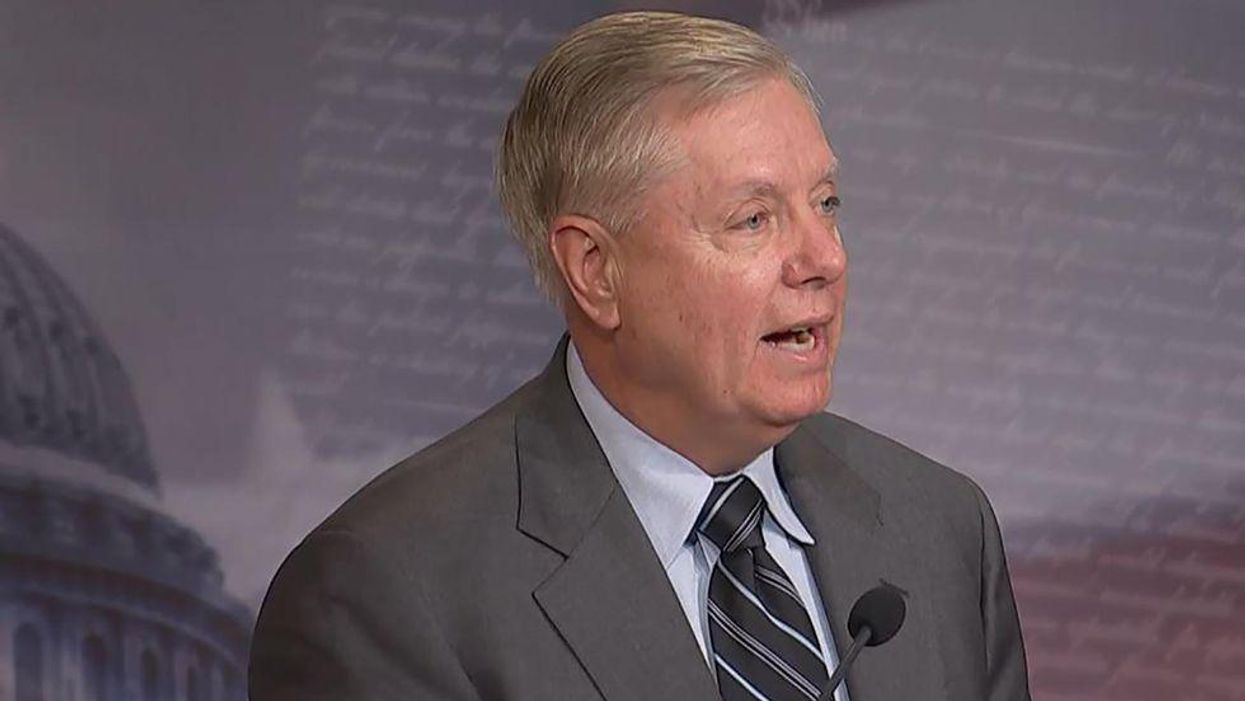 Sen. Lindsey Graham's (R-S.C.) has taken his unwavering loyalty to former President Donald Trump to a whole new level, and Twitter users are pushing back on his falsehoods.

On Tuesday, June 8, the South Carolina lawmaker appeared on Fox News with Sean Hannity, insisting the public's perception of Trump's response to the COVID-19 pandemic would be different if it could be proven that the virus originated in a lab in Wuhan.

"If Trump was right about the lab leak, it would change the image the public had of President Trump regarding the coronavirus," Graham told Hannity.

However, Twitter users were quick to share their reactions to Graham's remarks, setting the record straight on the GOP senator's claim. Regardless of whether the origin of the virus was revealed, one thing is still clear: Trump and his administration failed miserably in their COVID response.

"The origin of the virus doesn't change the negligence of his response," wrote one commenter. Another person also added, "Oh I don't know, letting a deadly virus run rampant through the country killing thousands of people might be a tad more important."

One Twitter user wrote, "The public has a poor image of Donald Trump's handling of the coronavirus pandemic because Trump killed 500,000 people through his indifference. The origin of the virus does not resurrect the dead."

"Bulls--t Lindsey," another Twitter user said, adding, "A lab leak wouldn't change how cowardly, selfishly, ignorantly, callously, and dishonestly Donald Trump handled Covid. A lab leak wouldn't bring back the hundreds of thousands of Americans who died because of Donald Trump's criminal mishandling of the virus."

No, Lindsey. It really wouldn’t. He’s still a slimy, sleazeball, criminal moron whose time in the White House did… https://t.co/yow9EtsrnA
— The True American (@The True American) 1623206061.0