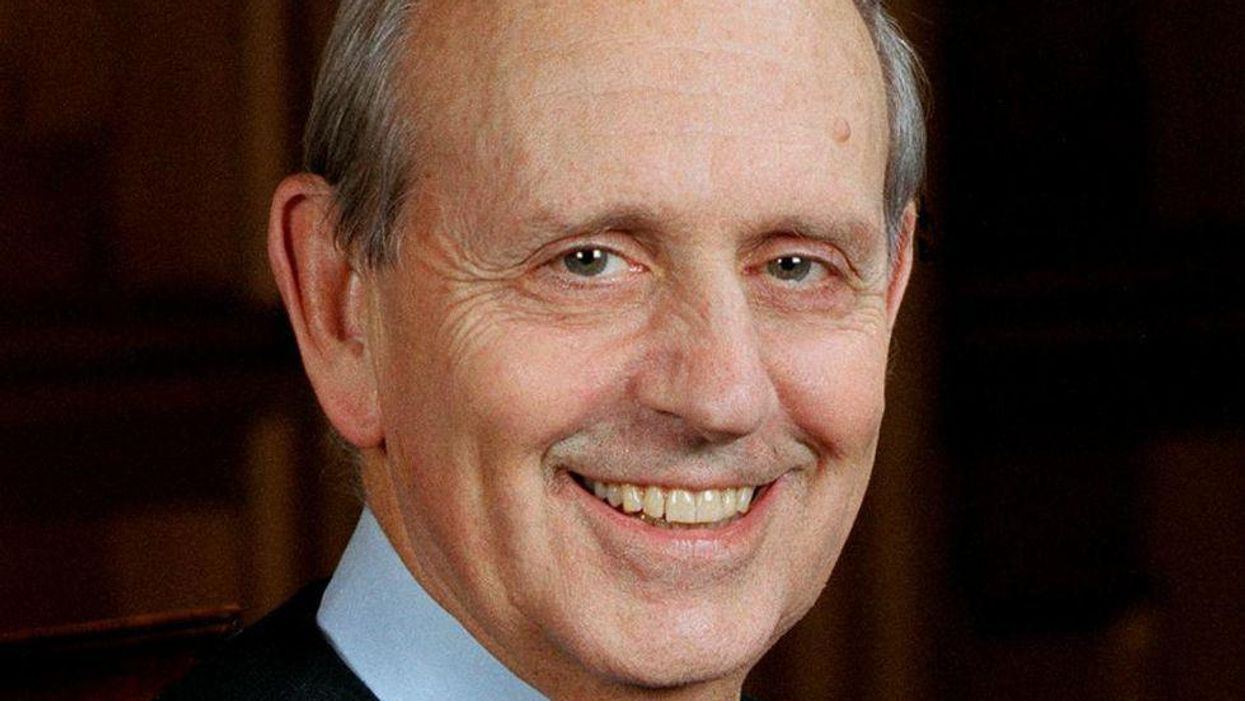 Rep. Mondaire Jones of New York is among the Democrats who has been calling for U.S. Supreme Court Justice Stephen Breyer, now 82, to retire while his party is still in control of the White House and the U.S. Senate. But Breyer, according to the New York Times, has resisted calls for his retirement and seems to fear that doing so would further politicize the High Court.

Legal scholar and election law expert Richard L. Hasen weighs in on how Breyer's reluctance to retire could "backfire" in an article published by Slate this week, arguing that the Supreme Court could become even more politicized if Breyer doesn't retire.

"If Breyer delays too long and Democrats lose control of the Senate before a successor is chosen, then Mitch McConnell could have the opportunity to block a Breyer replacement and supercharge the last five years of intense polarization around the Court," Hasen explains. "It's not hard to imagine how a Breyer delay increases the politicization of the Court: Breyer waits to retire for a couple of more years or even a few more months, Democrats lose control of the Senate in the 2022 midterm elections. Or because an elderly member of their bare Senate majority passes away and gets replaced with a Republican, restoring Mitch McConnell to his perch as Senate majority leader."

After the death of Justice Antonin Scalia in 2016, McConnell infamously refused to even consider then-President Barack Obama's nominee: Judge Merrick Garland, now U.S. attorney general. The Kentucky Republican insisted that it was inappropriate for Obama to nominate Garland during a presidential election year. But after Justice Ruth Bader Ginsburg died in 2020 before the presidential election, McConnell didn't hesitate to ram the confirmation of then-President Donald Trump's nominee, Amy Coney Barrett, through the U.S. Senate as quickly as possible.

If McConnell were to do that type of thing again, Hasen warns, it would politicize the Supreme Court much more than Breyer retiring now and giving President Joe Biden a chance to nominate a replacement. According to Hasen, "There's no reason to believe that McConnell would have the least amount of shame over a longer delay" than the one that occurred after Scalia's death. That seat on the High Court remained vacant until after Trump was sworn in as president in 2017 and nominated now-Justice Neil Gorsuch.

"Indeed, McConnell likely would relish the opportunity to lead such a delay," Hasen writes. "It also seems plausible that it was the Scalia opening that spurred so much enthusiasm among evangelical voters and others for Trump over Hillary Clinton in the 2016 presidential election, and he could want history to repeat itself. Although Democrats are getting more savvy about the importance of the Supreme Court, it's been a motivator of voters of the right more than the left."

Hasen wraps up his article by stressing that if Breyer wants to avoid seeing the Supreme Court become even more politicized, he should consider retiring while Democrats still have a Senate majority.

"If Stephen Breyer does not want to add to the politicization of the Court," Hasen writes, "he should retire at the end of this term…. The alternative is likely being remembered not only as the person who helped create a 7-2 conservative Supreme Court supermajority, but more importantly, as a justice whose delay thrust the Court into a pitched partisan battle over its future and that of the country."