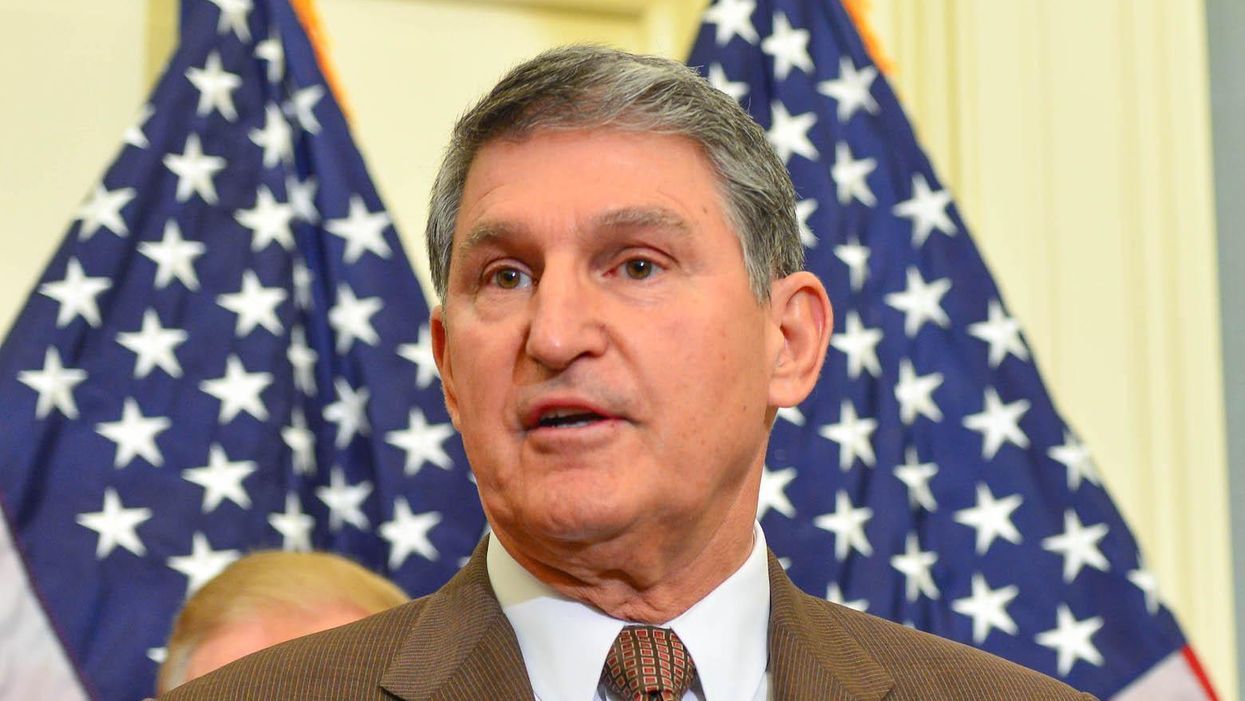 After months of heartache over Democrats' signature voting rights bill, the For The People Act, progressives finally got a small but distinct glimmer of hope this week. Sen. Joe Manchin of West Virginia detailed what he thinks should be included in the bill, and his proposal was good enough to receive a gold-standard embrace from voting rights activist Stacey Abrams.

"Absolutely," Abrams responded enthusiastically Thursday, when she was asked if she could support Manchin's proposal. "What Sen. Manchin is putting forward are some basic building blocks that we need to ensure that democracy is accessible no matter your geography," Abrams explained.

As I noted earlier this week, getting Manchin invested in this bill—getting him to take some ownership—is a critical step in the direction of final passage even though plenty of hard work remains.

Senate Republicans also played their part beautifully, lining up practically arm-in-arm Thursday to assure Manchin that the 10 votes he's hoping to get to safeguard our elections have always been and will continue to be sheer fantasy. Minority Leader Mitch McConnell promised that "all Republicans" would oppose it. Sen. Roy Blunt of Missouri dismissed Manchin's proposal as a "Stacey Abrams substitute" after she endorsed it. Why not just literally slap Manchin in the face and get it over with?

On the bright side, the united front Senate Republicans presented is a sure sign the GOP caucus is a touch nervous about what they are seeing. They had been perfectly happy with the status quo—praising Manchin as a great defender of democracy and Senate procedure while he continued to foil Biden's agenda. Manchin's proposal upended that GOP comfort zone pretty quickly.

But even if Democrats manage to coalesce around a substantive bill that excites Manchin and still passes muster with progressives, the Senate filibuster—which imposes a 60-vote procedural threshold—remains the effort's single biggest hurdle.

Still, it's at least possible that Manchin will find his way to a solution, even if it's for this singular bill and no other. Remember, he already suffered a humiliating defeat on the bipartisan Jan. 6 commission, where Senate Republicans inexplicably killed a measure that had met every single one of their demands. Now Republicans are telling Manchin to expect the same exact fate on voting legislation that he has said is critical.

"The right to vote is fundamental to our American democracy and protecting that right should not be about party or politics," Manchin wrote in the opening sentence of his proposal. In the next sentence, Manchin insisted that any federal voting bill must be the "result of both Democrats and Republicans coming together" to find a solution.

That is clearly not going to happen, and then it will be choosing time for Manchin.

Another thing to keep in mind is that this negotiation isn't happening in a vacuum. Republicans dooming the Jan. 6 bill is at play. So are the ongoing bipartisan negotiations over an infrastructure/jobs plan. One school of thought is that the Senate managing to get a bipartisan infrastructure deal will free up Manchin and Sen. Kyrsten Sinema of Arizona to do the right thing on a voting rights bill. The other possibility is that Republicans proving their undying commitment to killing every piece of Biden's domestic agenda could eventually paint Manchin into a corner.

It's impossible to know how it will all play out, but the point is, negotiations either succeeding or falling apart in one area will absolutely effect the give and take over the voting rights legislation. And vice versa—if Republicans succeed in killing a voting rights bill that Manchin was central to negotiating, he may be far more willing to help Democrats go it alone on another reconciliation bill.

Whatever the case, I head into this weekend—our first official Juneteenth holiday—heartened by the small but important step forward Democrats made this week. Even if we do not succeed in getting a voting rights bill over the finish line this session (and we just might), the midterms are still not lost to us.

As Abrams told MSNBC's Nicolle Wallace on Thursday, Republicans' brazen attack on democracy is likely to fail one way or the other precisely because of its brazenness.

And people are most certainly paying attention.