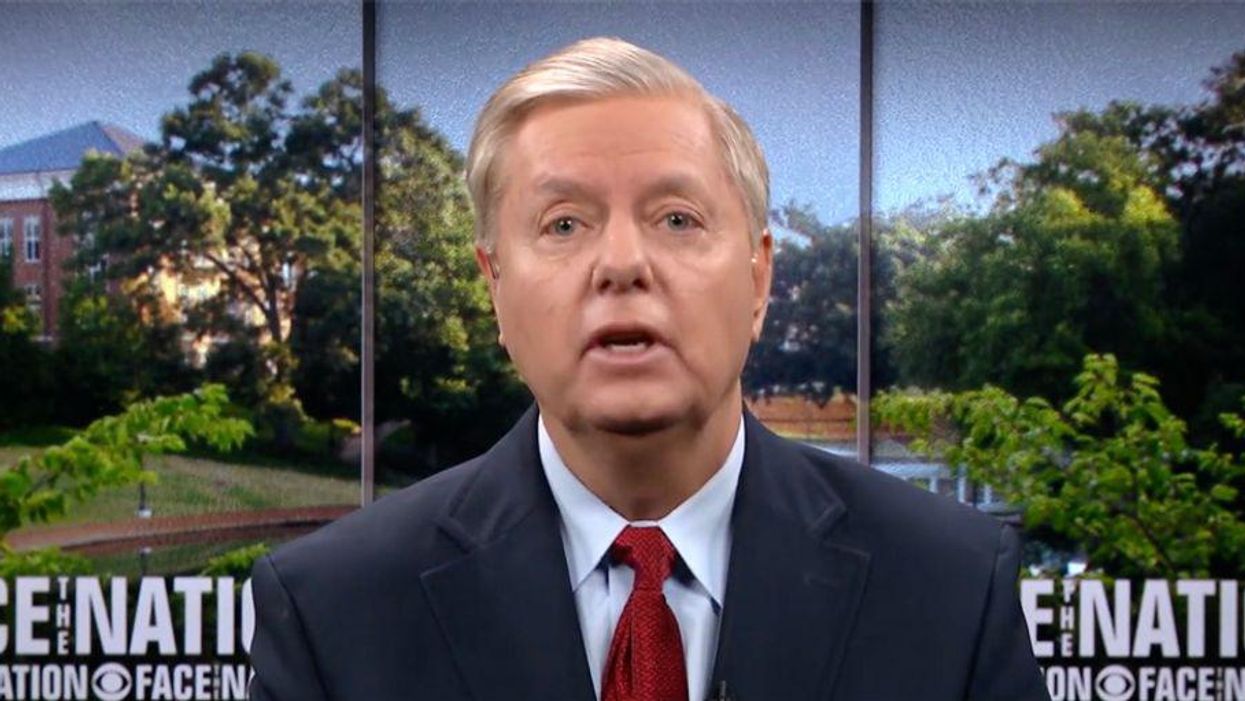 Sen. Lindsey Graham (R-S.C.) has confirmed he has no plan to back President Joe Biden's infrastructure bill even though a bipartisan agreement was decided upon just one day ago.

On Friday, June 25, Politico reported that Graham claimed he will support the bill because the smaller bill will be connected to a larger reconciliation bill. Initially, he was one of the 11 Republican lawmakers who supported framework for a bipartisan infrastructure.

According to The Week, the proposal calls for: "$973 billion in spending over five years, including $579 billion in new funds not already allocated through other projects. There would be $312 billion going to transportation, $65 billion for broadband, and $55 billion for water infrastructure. President Biden tweeted that under this plan, millions of jobs will be created."

"If he's gonna tie them together, he can forget it!" Graham. "I'm not doing that. That's extortion! I'm not going to do that. The Dems are being told you can't get your bipartisan work product passed unless you sign on to what the left wants, and I'm not playing that game."

Although Biden acknowledged: "Neither side got everything they wanted in this deal" as he noted that "that's what it means to compromise, and it reflects something important, reflects consensus," Graham is still upset.

According to Graham, the Republican senators who participated in the negotiations failed to mention that the infrastructure and reconciliation bills would be linked. In fact, he claims the Republican lawmakers may not have been aware either. "Most Republicans could not have known that," Graham said. "There's no way. You look like a f*cking idiot now."

The South Carolina lawmaker argues that the small provision is equivalent to "a suicide mission." "I don't mind bipartisanship, but I'm not going to do a suicide mission," Graham said.

For the bill to pass, Democratic lawmakers will need at least 10 favorable votes from Republican lawmakers in the Senate in order to reach the 60-vote threshold. Graham's remarks come less than one day after the bipartisan announcement regarding the infrastructure deal.

Biden appeared outside of the White House with a bipartisan group of lawmakers where he vowed not to sign the bill unless his other financial priorities were also considered. "I'm going to fight like the devil to get that done," Biden said Thursday. "I'm not just signing the bipartisan bill and forgetting about the rest I proposed."