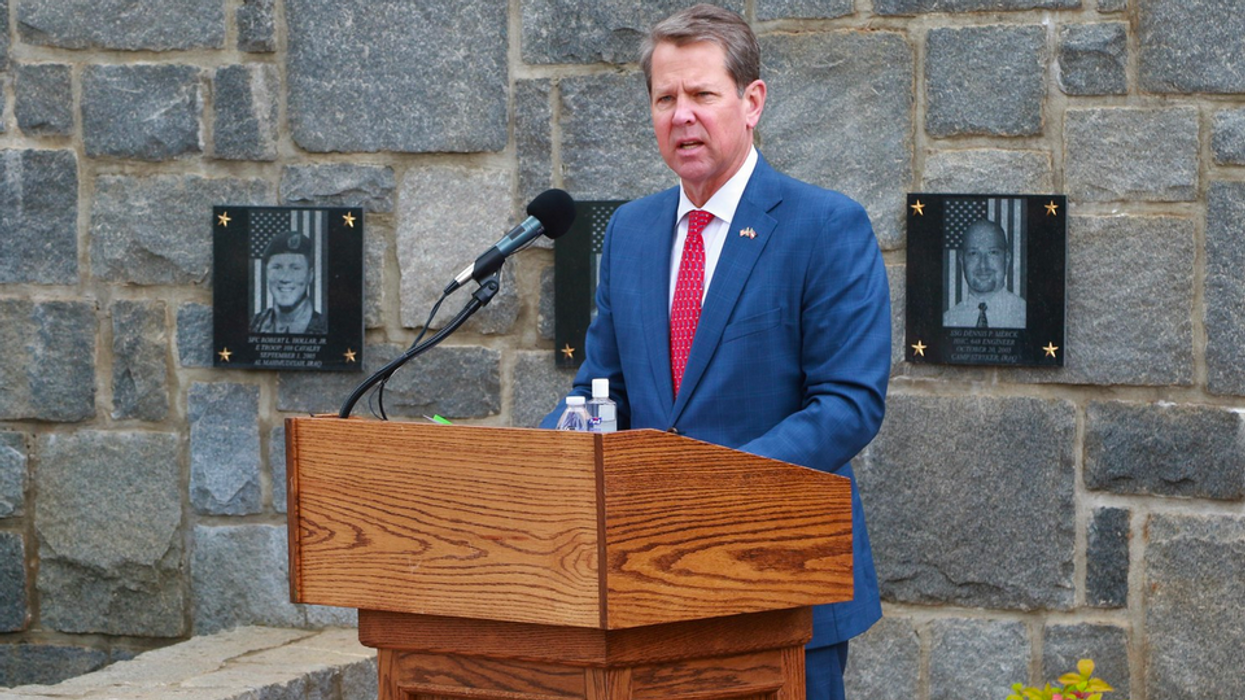 The U.S. Department of Justice is pushing back against Georgia's Republican-led effort to legalize voting restrictions targeting Black voters.

On Friday, June 25, U.S. Attorney General Merrick Garland announced the department had filed a lawsuit against the state for its effort to impose a flurry of legislative restrictions on voting practices. SB 202 is the piece of legislation at the center of controversy.

"Today, the Department of Justice is suing the state of Georgia," Garland said. "Our complaint alleges that recent changes to Georgia's election laws were enacted with the purpose of denying or abridging the right of Black Georgians to vote on account of their race or color, in violation of Section 2 of the Voting Rights Act."

The DOJ's lawsuit comes shortly after Garland expressed concern about 14 "new laws that make it harder to vote," as he made it clear that he is committed to scrutinizing "current laws and practices in order to determine whether they discriminate against Black voters and other voters of color."

Kristen Clarke, the first Black woman to hold the position of assistant attorney general for the DOJ's Civil Rights Division, highlighted a number of conflicting features in the voting bill that "violate Section 2 prohibitions on discrimination on the basis of race, color, or membership in a language minority group," according to The Hill.

For example, the bill decreases the number of ballot drop boxes from 100 to 20 across the city of Atlanta, home to the largest Black population in the state of Georgia.

"The provisions we are challenging reduce access to absentee voting at each step of the process pushing more Black voters to in person voting, where they will be more likely than white voters to confront long lines," she said.

Clarke also noted the timing of the bill and what it suggests where Black voters are concerned.

"These legislative actions occurred at a time when the black population in Georgia continues to steadily increase and after a historic election that saw record voter turnout across the state, particularly for absentee voting, which black voters are now more likely to use than white voters," Clarke said.

Georgia has often come under scrutiny for its controversial voting laws. In fact, previous measures were blocked by the DOJ until 2013 when the Supreme Court removed the Section 5 provision amid its Shelby Co. v Holder decision.

"The department prevented over 175 proposed election laws across Georgia from being implemented because they failed the statutory test," Garland mentioned. "If Georgia had still been covered by Section 5, it is likely that SB 202 would never have taken effect. We urge Congress to restore this invaluable tool."