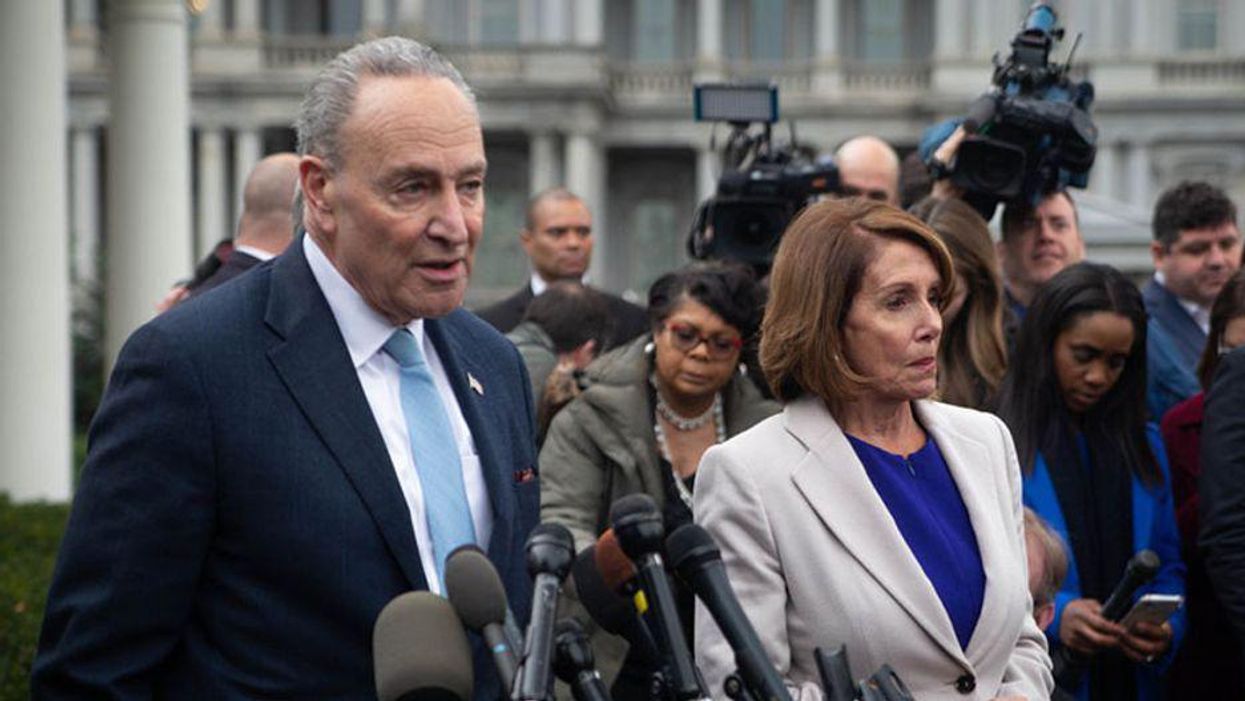 Democratic lawmakers currently have a Congressional edge as they control the House, Senate, and White House but there are concerns about them maintaining that stronghold in 2022.

A new piece published by The Atlantic outlines the dangerous territory Democratic lawmakers are treading into as the primary election approaches. According to the publication, an analysis conducted by Way to Win examined the nature and effectiveness of campaign ads from both sides of the political aisle. The report offered a critical perspective of that assessment describing it as "a mistake" on Democratic lawmakers' part.

The analysis found that while "Republicans spent millions of dollars casting Democrats as extremists, Democrats instead emphasized bipartisanship."

Pollster Sean McElwee weighed in on the Democratic message and how it could impact their chances of maintaining control. "The message from the Dems was that Trump was a unique threat to democracy and that Joe Biden could work with the more normal Republicans, so the party has created a permission structure for people to vote for Republicans," McElwee said.

The latest analysis comes as potential candidates kick off their 2022 primary election campaigns. As previously reported by Alternet, Democratic lawmakers will have to get in the game and play hardball politics if they want to sustain. Journalist Russell Berman stressed the importance of Democrats fighting back with more aggressive actions to get their message across.

"Nowhere are the stakes higher for Democrats than in New York," Berman explained. "The party there has its largest legislative majorities in a century and more sway over more seats than anywhere else in the country. A cutthroat approach to redistricting in New York could eliminate or substantially alter as many as five GOP-held seats — a number equivalent to the Democrats' entire edge in the House…. The GOP needs to flip just five Democratic seats to recapture the House majority in 2022, and conceivably, the Party could gain all of those seats through gerrymandering alone."

David Shor also explained how the Democratic Party could use the media to their advantage.

"Everyone in the Democratic Party, for the first time in history, really, is sharing one common brand," Shor explained. "It becomes a share-of-voice question: Who are the people getting the most media coverage? If you tally it up, it means you have folks like [Joe] Biden [getting attention], but also the Squad."