Biden has succeeded at convincing US allies that 'America is back,' says France's Macron 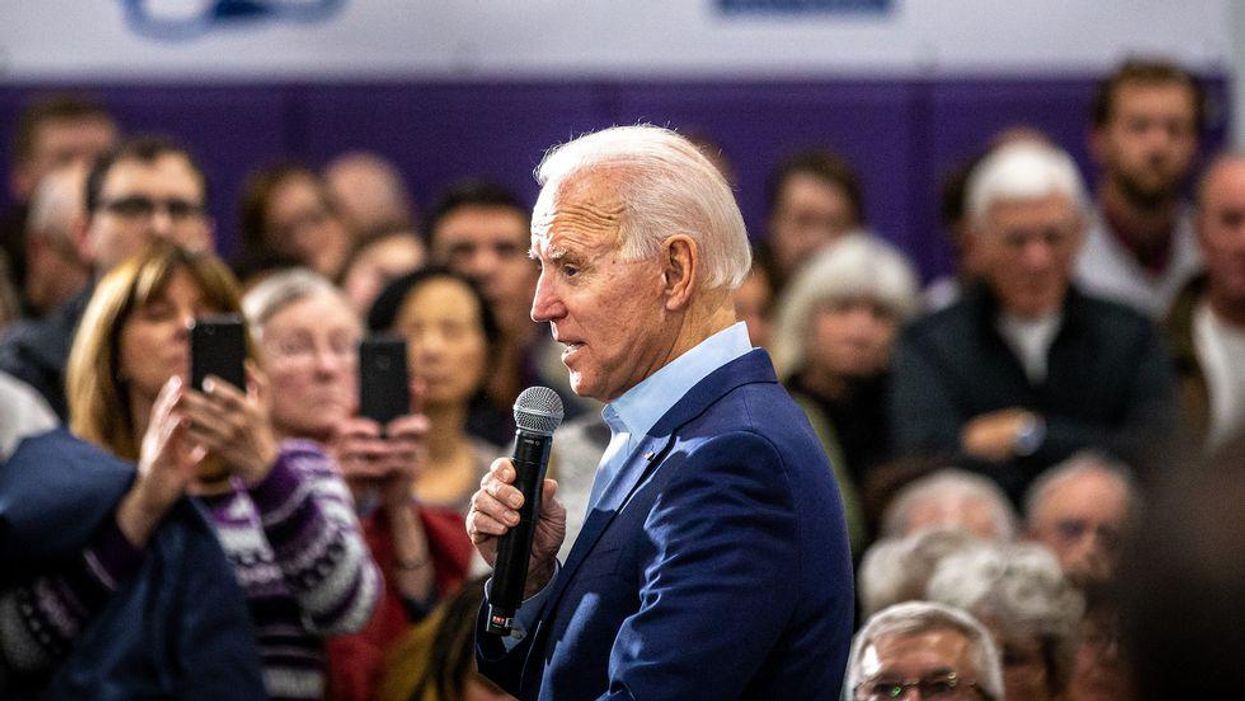 January 4, 2020 — Vice President Joe Biden holds an event with voters in the gymnasium at McKinley Elementary School in Des Moines, where he addressed a number of issues including the recent escalation with Iran. Iowa member of Congress Abby Finkenauer was also on hand to announce her endorsement of Biden. Credit: Phil Roeder // https://creativecommons.org/licenses/by/2.0/
Biden: Trump's mishandling of transition is 'nothing short' of 'irresponsibility'
Meaghan Ellis
June 12, 2021

French President Emmanuel Macron on Saturday declared to reporters that President Joe Biden definitely" convinced allies that "America is back" following their meeting at the Group of Seven (G7) summit.

Speaking to the press, Macron lauded Biden's leadership as he admitted that he believes the president is prepared to resume the United States' role as a collaborative ally on the global stage, reports The Hill.

According to Macron, Biden's willingness to cooperate and co-exist will give leaders the ability to work toward developing effective resolutions to global obstacles such as the COVID-19 pandemic and the impacts of climate change.

"For all these issues, what we need is cooperation, and I think it's great to have the U.S. president part of the club and willing to cooperate. And I think that what you demonstrate is that leadership is partnership," Macron said.

Biden echoed similar sentiments as he reiterated that the United States "is back."

"The United States, I've said before, we're back, the U.S. is back," Biden replied. "We feel very, very strongly about the cohesion of NATO and I, for one, think that the European Union is an incredibly strong and vibrant entity that has a lot to do with the ability of western Europe to not only handle its economic issues but provide the backbone and support for NATO."

Macron's praise of Biden is a distinct contrast in comparison to his previous interactions with former President Donald Trump. Back in 2019, Macron and Trump clashed over the North Atlantic Treaty Organization (NATO) amid the former president's "America first" policy as well as his stance on trade and other global issues.