How younger generations are pushing back against their immigrant parents' racism 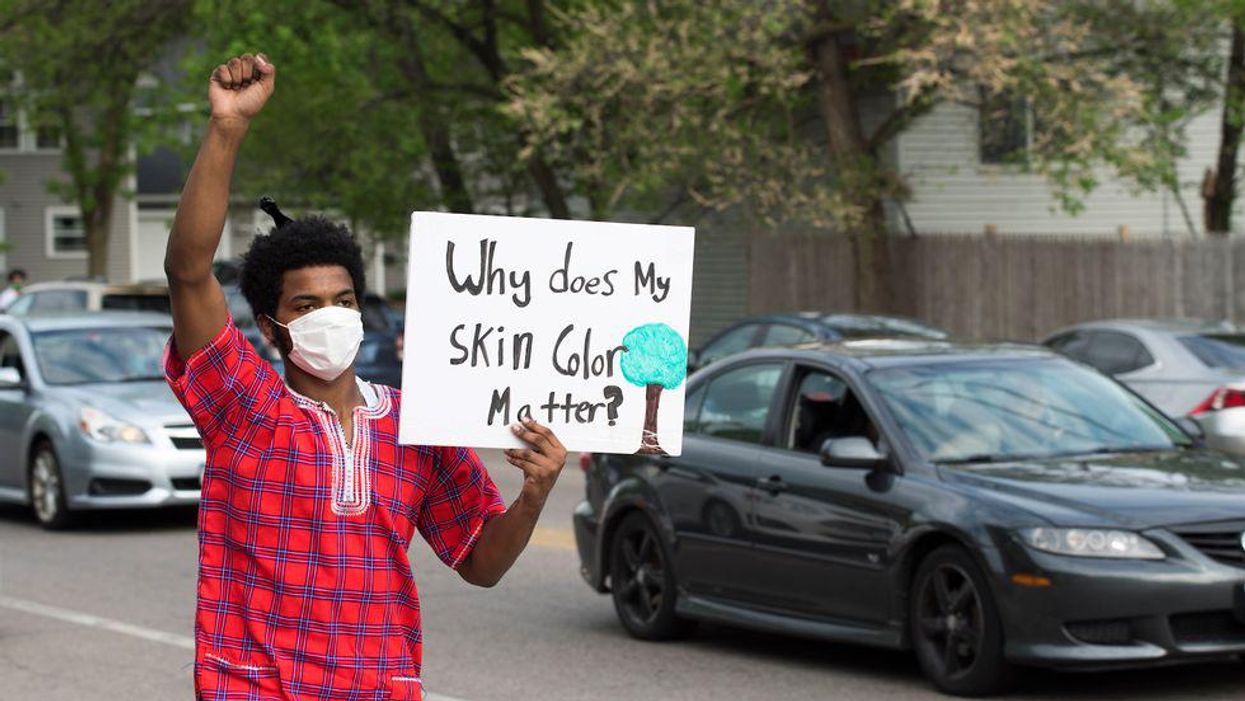 Thousands gathered on foot and in cars in south Minneapolis to protest against police violence and call for justice for George Floyd. On May 25, Minneapolis Police officers arrested George Floyd, handcuffed him, then put a knee on his neck as he said he wasn't able to breath. George Floyd appeared to stop breathing and died soon after. Protesters met in the area of Chicago Avenue and 38th Street, but many blocks in the area had people with signs while others drove by protesting from their cars. People marched east on 38th Street and some worked their way to the Minneapolis 3rd precinct building where there were clashes with police after dark. 2020-05-26 This is licensed under the Creative Commons Attribution License. Credit: Fibonacci Blue
Tennessee to strip right to vote from protesters: 'This is the opposite of what Americans fought a revolution for'
Meaghan Ellis
May 29, 2021

For decades now, race relations have been an intense topic of discussion and the disturbing death of George Floyd only made things worse. Now younger generations are confronting their immigrant parents on the topic of racial disparities in the United States.

NBC News is diving into the ins and outs of racism in America as well as how it's being handled among Black and Brown communities. Many Cuban and Latino-Americans have found themselves at an impasse with their parents who fail to understand the severity of Floyd's death and what it signified in the Black community. For example purposes, the publication highlighted the circumstances surrounding Natalee Rivero's ordeal with her parents.

Rivero has faced repeated hurdles attempting to make her mother understand why Floyd's death was a breaking point for many African Americans but to no avail. "It was an interesting conversation and it was frustrating at times," said Rivero, who admitted she believes her parents were being "fed information" that only related Floyd's death to violence, looting, and Antifascism.

Esthefanie Solano, 27, also spoke with NBC News about the tense conversation she had to have with her mother.

"There are times where my mom has gotten mad at me — she said something that was racist toward Asian folks and I said it was not OK, and she will sit down and talk about it later," Solano told the publication.

Despite the challenges children of immigrants have faced while trying to change their parents' perspective, Solano makes no apologies for her efforts.

"I won't apologize for having conversations about race. I let her have her feelings but we sit down," Solano said. "I try to share what is happening around us and connect how other communities are impacted, like how Chinese families are scapegoated with Covid and how they are blamed, and I give her examples of how we are scapegoated as immigrants. I create comparisons."