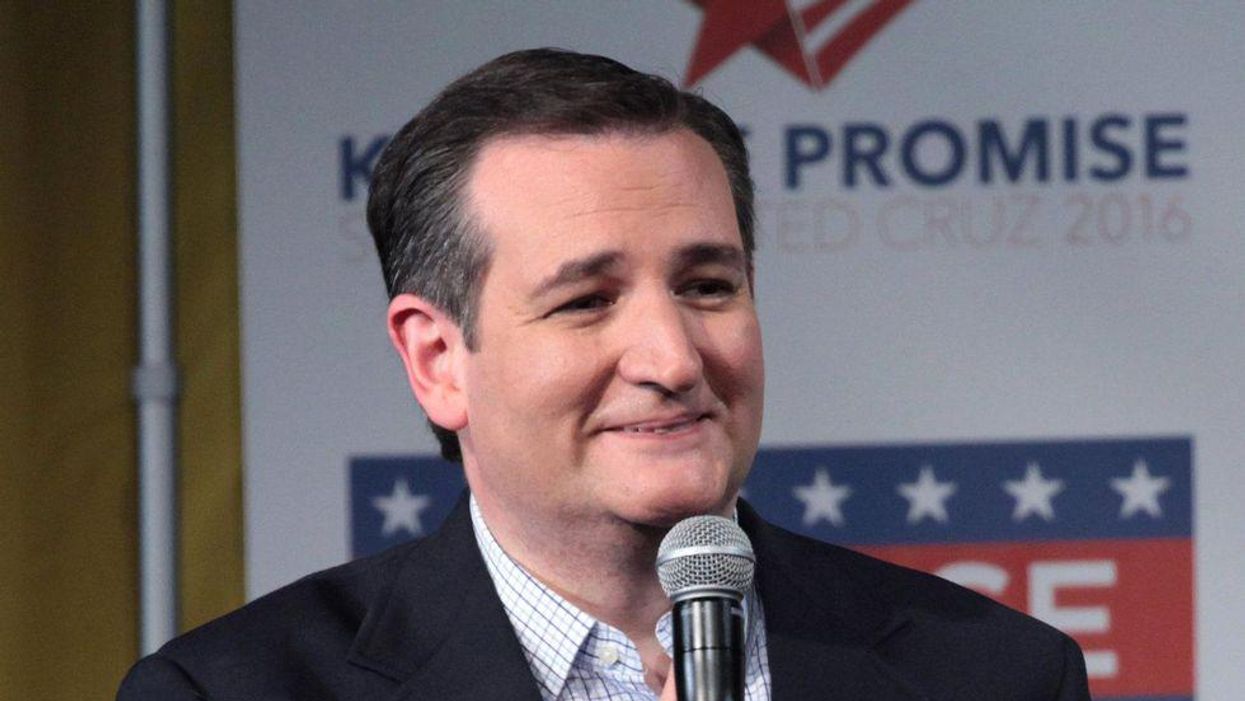 Sen. Ted Cruz of Texas mostly spends his days saying foolish and easily debunked things out loud and then tweeting out similar witless things. It's not a unique stance for a Republican to take these days. In fact, it seems to be the GOP's concept of a job description now that the party has zero policy ideas. On Thursday, Cruz decided to retweet an edited comparison of a purported 2021 Russian military recruitment commercial and the much-fretted about in the right-wingosphere U.S. military advertisement considered too "woke." He wrote "Holy crap. Perhaps a woke, emasculated military is not the best idea...."

What passes as clever in right-wing circles is historically lame, and the intention of Cruz and the person that juxtaposed the videos is to show how soft and weak our country's recruitment advertisements are in comparison to the very manly Russian recruitment video. One video is shot using single-light sources, with darkness and shadows adding dramatic grittiness, while the other video employs animation and bright colors to promise a more inclusive and positive experience. It's a recruitment video, to be clear. The tweet was so homophobic, so sexist, and so archaic you wouldn't believe someone could be so backward as to believe it funny. But of course, we are talking about Ted Cruz, the epitome of Republican "manhood."

Let me preface this by saying I'm not a fan of military recruitment ad campaigns in general. They give me the jingoistic willies and the use of the military as a funnel for military contractors and siphoning money away from more productive avenues of investment is a never-ending source of consternation for me and other commies. But the idea of a military recruitment video that attempts to attract people who look, and hopefully act, more like people such as Sen. Tammy Duckworth than, say, Sen. Ted Cruz, makes sense. In fact, even if you are going by Cruz's own old-timey concepts of strength, masculinity, and integrity, Tammy Duckworth is your still your soldier.

Cruz is a man who let another man accuse Ted's own father of murder and called Ted's wife ugly and grotesque. Cruz then made arguably the lamest pantomime of what he clearly considers to be masculinity, which he promptly reversed course on when Donald Trump became president. What makes this cisgender bullshit bit of archaic heteronormativity quadruply pathetic is that the cis male douchebag pushing it so clearly fails in every category that he proclaims to believe proves one's manhood. This is true of all the right-wing operatives. I'm looking at people like Tucker Carlson, whose shrill cries for things to revert 100 years backward don't cover up the fact they they are bagmen for wealthier interests.

Forget the fact that the Russian military ad looks like a video game commercial for a World War II-themed game, and forget the fact that the Russian recruitment video is arguably the single most homoerotic thing you'll see this year. Is Cruz under the impression that modern warfare consists of pushup contests and poorly lit cage matches? The last Republican president's idea for a military advertisement used Russian military planes instead of American ones, by the by. The Twitterverse made sure Cruz got to hear the sound of a thunderous ratio.

For the old-timey among us.