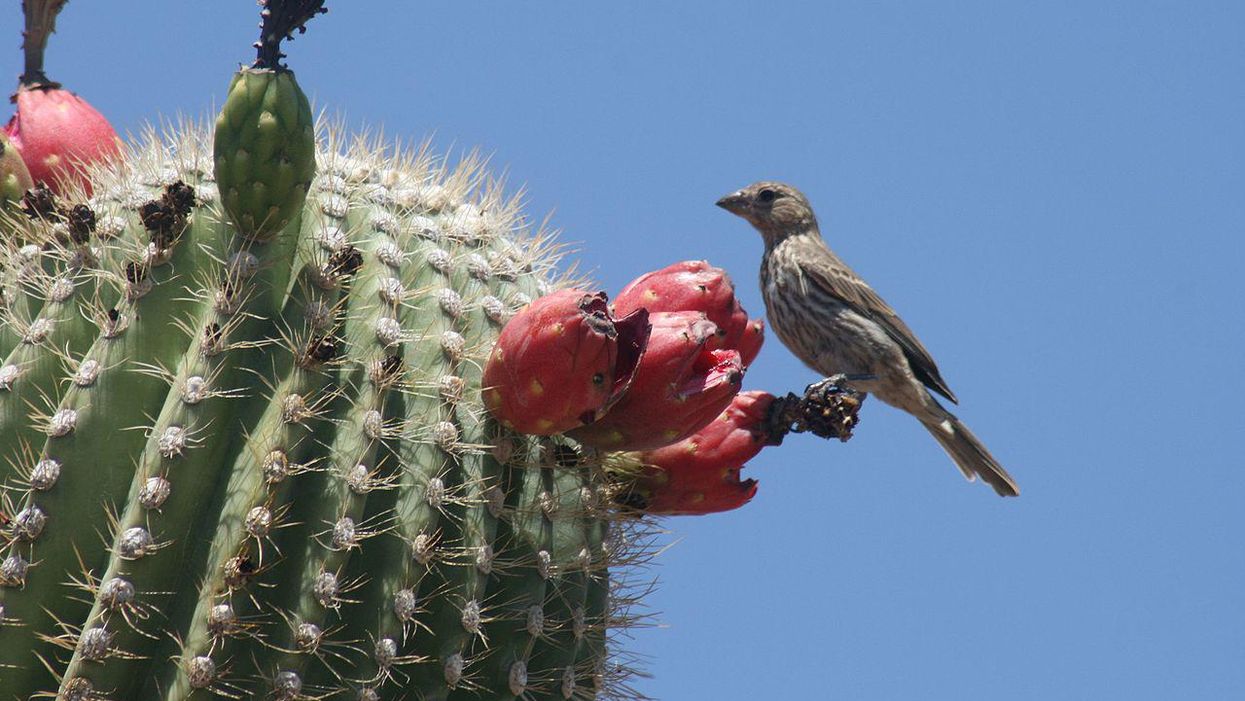 The saguaro is to the American southwest what the Empire State Building is to New York City: A breathtaking icon and a symbol of the region. A cactus that branches like a tree, the saguaro can grow to be 40 feet tall with roots spread over 100 feet of ground. They can live for longer than 150 years, meaning there are saguaros alive today that were born when Ulysses S. Grant was president. As the colder seasons give into warmer ones, the saguaro famously sprouts beautiful white flowers that blossom from the tips of their trunks and arms.

At least, that is what they normally do. Arizona news outlets are reporting that many of the cacti are budding on their sides, a phenomenon never seen before. It is a development that has researchers curious — and a little worried.

Obviously, something changed in the saguaros' environment that triggered a mass mis-sprouting. Some researchers believe the culprit may be environmental.

Dr. Benjamin T. Wilder, a desert ecologist and Director of the University of Arizona's Desert Laboratory on Tumamoc Hill, told Salon by email that he suspects the unusual growths may have been caused by normally reproductively active areoles (the bumps on cacti that produce clusters of spines) being damaged by last summer's drought — particularly since the summer was extremely hot and dry. This could have caused the cactus to revive older areoles, which would be lower on the stem, in order to create flowers.

"I would say [be], attentive, but not necessarily alarmed," Wilder explained. "Saguaros are quite long-lived plants (150–200+ years in age) and they have seen drought periods before. We can learn a lot by observing and studying their behavior and how they respond to severe or extreme conditions."

He added, "Knowing when it is appropriate to transition from attention to alarm is difficult. Side flowering is not an unprecedented event, though it is abnormal to rare. We need to keep observing and document their behavior and continue learning from these elders of the desert."

William Peachey, an independent Sonoran Desert ecology researcher, offered the hypothesis that the saguaros have been injured by both extreme heat and the lack of winter precipitation.

"This is not alarming, because it concerns just this one blooming season," Peachey wrote to Salon. "If this continued to happen for several years in a row, that would be of some concern."

Professor Martin Wojciechowski, who works at Arizona State University's School of Life Sciences, expressed a similar view, also writing to Salon that the most plausible explanations for the bizarre botanical behavior "implicate less than optimal growing conditions triggering this response."

Wojciechowski also pointed to extended drought periods, which have spanned for the last few years in northern Mexico and the American southwest, as a possible culprit.

"Some data suggest that flowers produced along the sides often fail to develop into fruits, which again is an indication of a physiological stress on the plants in not being able to produce sufficient amounts of nutrients for normal growth and development," Wojciechowski added. "In addition, drought conditions may be having adverse effects on the pollinators (insects, birds, bats) of saguaro such that there are fewer pollinators around to pollenate the flowers so that fruits are produced."

Wojciechowski also felt that we "probably" should not be alarmed. Like Wilder, he pointed to the fact that "saguaros have many adaptations to growth and survival in the extreme and changeable environment of the Sonoran Desert. And while fewer individual saguaros may survive periods of extended/intense drought, the populations of plants retain the capacity to again respond to the return of more favorable environmental conditions."

The side-flowering phenomenon only deepens the intrigue of these Herculean plants that loom over the Sonoran desert like ancient statues.

"Saguaros seem to exercise control of their activities largely through hormones," Peachey wrote to Salon. "Their responses to situations where they appear to 'react' in situations of non-performance on their part can be quite surprising. For instance they appear to 'know' when they are not producing flowers when they should be and that indicates some as yet unknown feedback mechanism that is, so far, beyond our knowledge."