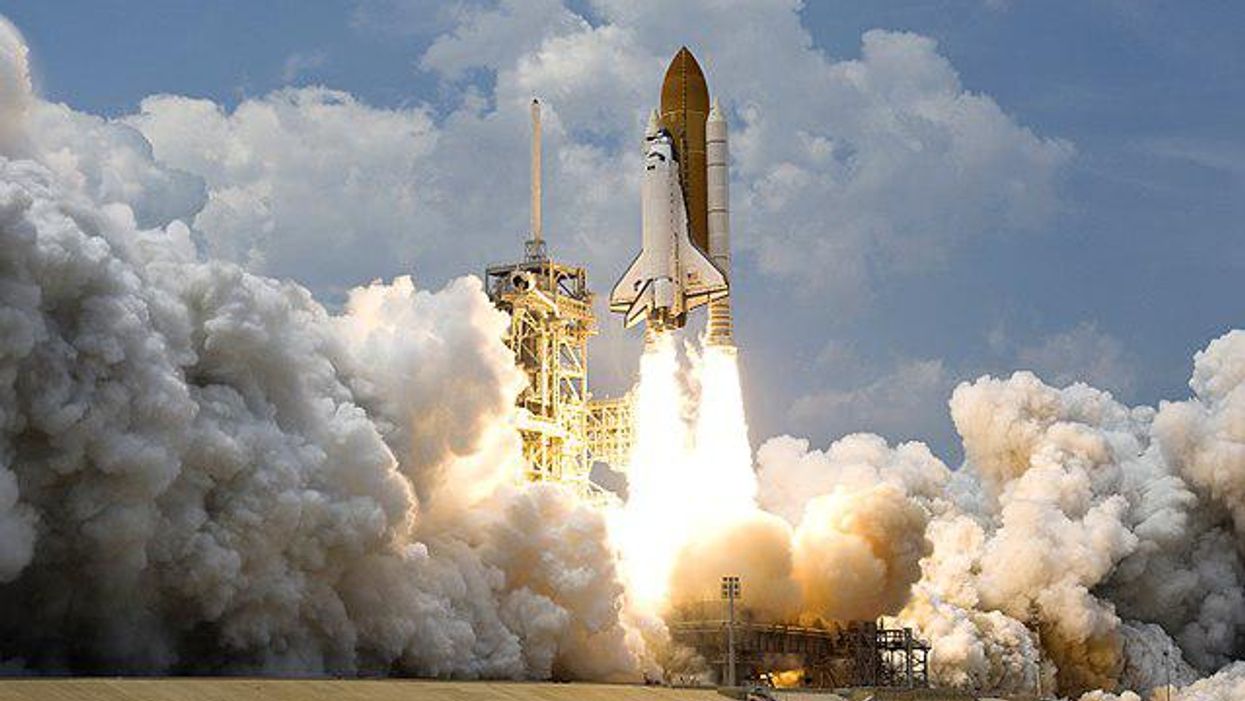 CAPE CANAVERAL, Fla. – Sandwiched by billowing clouds above and smoke and steam clouds below, space shuttle Atlantis hurtles past the lightning mast on top of the fixed service structure on Launch Pad 39A at NASA's Kennedy Space Center in Florida. Atlantis will rendezvous with NASA's Hubble Space Telescope on the STS-125 service mission.

A large piece of space debris is expected to make an unexpected re-entry back into the Earth's atmosphere and scientists are raising concerns about the large amount of rubble and where it will end up.

According to CBS News, the debris, which is leftover from the China National Space Administration's first module for its new Tianhe space station, is expected to return to Earth over the next couple of days and poses a threat to a number of major cities around the world.

CBS News' William Harwood initially noted that "a large portion of the rocket will burn up in the atmosphere and the odds of anyone or any specific community getting hit by surviving debris are remote." However, updated reports now suggest that is not the case.

"Why the Chinese rocket is coming down uncontrolled is not at all clear," Harwood said. "U.S. rockets (and most others) routinely fire their engines to target re-entries over the southern Pacific to ensure debris can't land on populated areas."

Lt. Col. Angela Webb, U.S. Space Command Public Affairs has released a statement to CBS News with details about the United States' monitoring of the debris, which is estimated to fall on or around May 8.

"U.S. Space Command is aware of and tracking the location of the Chinese Long March 5B in space, but its exact entry point into the Earth's atmosphere cannot be pinpointed until within hours of its reentry, which is expected around May 8," Webb told the publication.

The China National Space Administration's latest debacle is it's second in recent years. Back in 2018, Tiangong 1, China's now-defunct space station also made an unconstrained re-entry into Earth and ultimately landed in parts of the Pacific Ocean.

The latest re-entry of space debris comes 18 years after the last significant re-entry breakup which landed in parts of Texas. While 200,000 pounds of spacecraft ended up scattered across the ground in the Lone Star state, no one sustained injuries.