A dark preview of the right-wing Supreme Court's sweeping agenda 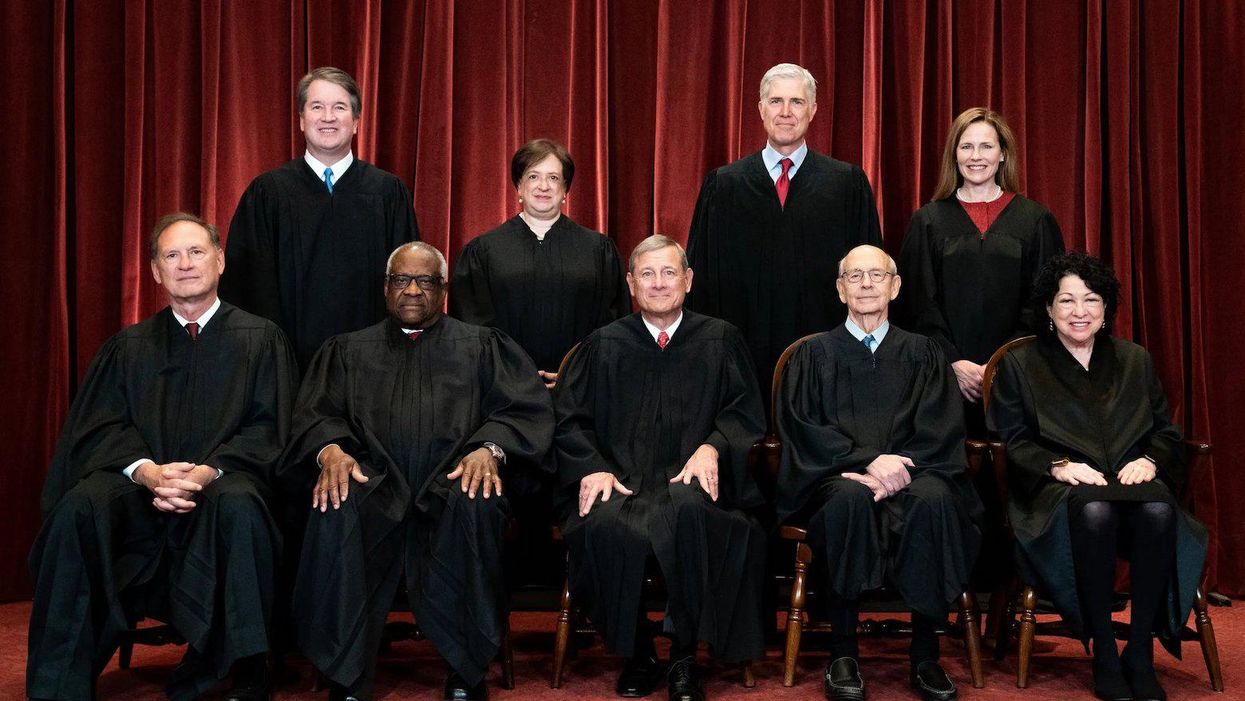 This story was first published in The Progressive.

Don't be fooled by the Supreme Court's rejection of former President Donald Trump's baseless challenges to the results of the 2020 election. The high tribunal is no friend of liberals and progressives.

With the addition of three Trump appointees—Neil Gorsuch, Brett Kavanaugh, and Amy Coney Barrett—conservatives now hold a solid 6-3 majority on the nation's most powerful judicial body. No longer constrained by the need for compromise and caution, they are poised to drive U.S. law dramatically to the right.

By the time the court concludes its current term at the end of June, it will hand down decisions that could gut Obamacare, undermine the Voting Rights Act, elevate "religious liberty" interests above other Constitutional rights, and deal organized labor another major setback.

And the potential damage won't stop there. Next term, which begins in October, the court will pass judgment not only on Mississippi's draconian abortion law, but also on a new and far-reaching Second Amendment appeal from New York.

Here's a closer look at the key cases.

All eyes are on California v. Texas, the latest assault on the Affordable Care Act (ACA).

As originally enacted, the "individual mandate" in the ACA required most people to obtain health insurance or pay a monetary penalty. In 2012, the Supreme Court upheld the mandate as a proper exercise of Congress's power to levy taxes.

In 2017, however, Congress got rid of the penalty as part of the Trump Administration's outrageously pro-corporate tax reform legislation. Although Congress did not explicitly repeal the mandate and left the rest of the ACA intact (remember John McCain's famous thumbs-down vote on the Senate floor?), a coalition of largely GOP-controlled states led by Texas filed a federal lawsuit to declare both the mandate and the entire ACA unconstitutional. District Court Judge Reed O'Connor, a George W. Bush appointee and a Federalist Society member who may just be the most reactionary jurist in the country, agreed, and issued a sweeping ruling that, if upheld, would overturn the entire ACA.

Urged by California and a group of largely Democratic-led states, the Supreme Court opted to review the case, and conducted oral arguments in November. If the court affirms Reed's decision and strikes down the entire ACA, it will commit an act of judicial barbarism. Should the court topple the mandate but preserve the rest of the act, the result would be less egregious, but would likely fuel additional challenges to other sections of the ACA.

Such a challenge is currently underway in another lawsuit pending before Judge O'Connor that aims to invalidate the act's requirement that birth control, cancer screenings and other forms of preventive care be covered by all health insurance policies.

In its 2013 decision in Shelby County v. Holder, the Supreme Court declared the "pre-clearance" requirements of the Voting Rights Act of 1965 (VRA) unconstitutional. The preclearance process, as set forth in sections 4 and 5 of the VRA, was a bulwark against voter suppression, compelling states and local governments with a history of voting discrimination to obtain advance approval from the Department of Justice or a panel of federal judges before instituting changes in election procedures.

Preclearance placed the burden of proof and the costs of initiating litigation on the proponents of voter suppression. Shelby County flipped the burden, forcing defenders of voting rights to file and fund expensive lawsuits against suppression measures under section 2 of the VRA.

The court is now reexamining section 2 in the Arizona cases. Depending on the scope of its ruling, the court could deal another crippling blow to voting rights amid a massive upsurge of voter suppression bills introduced in states across the country in the aftermath of the 2020 elections. Oral arguments were heard in March.

Far-right Christian views of abortion, health care, and sexuality are also getting renewed attention in SCOTUS, as in the case of Fulton v. City of Philadelphia.

Since its 2014 ruling in Burwell v. Hobby Lobby Stores, the Supreme Court's conservatives have been on a mission to uphold the "religious liberty" interests of privately held corporations that exclude birth control coverage from employee health-insurance benefits, religious schools that receive public funding for infrastructure improvements, bakers who refuse to decorate wedding cakes for gay customers, and, more recently, churches that object to COVID-19 lockdown regulations.

In Fulton, Catholic Social Services (CSS), a faith-based foster-care agency that refuses to place children with LGBTQ+ parents, is trying to extend the religious-liberty winning streak. CSS argues it should be exempt from Philadelphia's nondiscrimination policies governing foster-care and adoption placements. If the recent past is any prologue, don't bet against CSS. Oral arguments took place in November.

Labor rights and the ability of workers to organize, too, seem ready to take a hit in Cedar Point Nursery v. Hassid.

The Supreme Court under the leadership of Chief Justice John Roberts has never been kind to organized labor. In 2018, the court held in Janus v. AFSCME that the collection of fair-share fees from nonconsenting public employees to finance collective bargaining violated the First Amendment.

In Cedar Point Nursery, the court has been asked to scuttle a 1975 California law championed by Cesar Chavez that allows organizers temporary access to farms and fields to encourage workers to join unions. A group of growers contends the law allows for acts of trespass in violation of their property rights under the Fifth Amendment. Oral arguments were heard in March.

In its landmark 2008 opinion in District of Columbia v. Heller, the Supreme Court held for the first time that the Second Amendment protects an individual right to gun ownership.

Heller dealt specifically with the right to keep guns in the home. Since then, gun rights organizations like the NRA have worked to bring another test case to the Supreme Court to extend the right to bear arms beyond the home.

They may have found their vehicle in New York State Pistol Association v. Corlett, which challenges a New York law that places strict limits on the issuance of concealed weapons permits. If the lawsuit succeeds, there will be even more lethal weapons in our communities. The case has been placed on the docket for the court's next term, which commences in October.

Of all the fevered dreams of the American right, nothing approaches the desire to overturn Roe v. Wade and revoke the constitutional right to abortion. The case of Dobbs v. Jackson Women's Health Organization may make the right's dream a reality.

At issue is a 2018 Mississippi law that bans almost all abortions after fifteen weeks, roughly two months earlier than the standard for fetal viability set by Roe. Like Corlett, Dobbs has been placed on next term's calendar. It promises to be a blockbuster.

Predicting the precise outcome of Supreme Court cases is often difficult. It's always possible that the Justices who comprise the court's conservative majority will take a scalpel rather than an axe to their deliberations in the pivotal cases before them. But one thing is certain: The power is now in their hands.