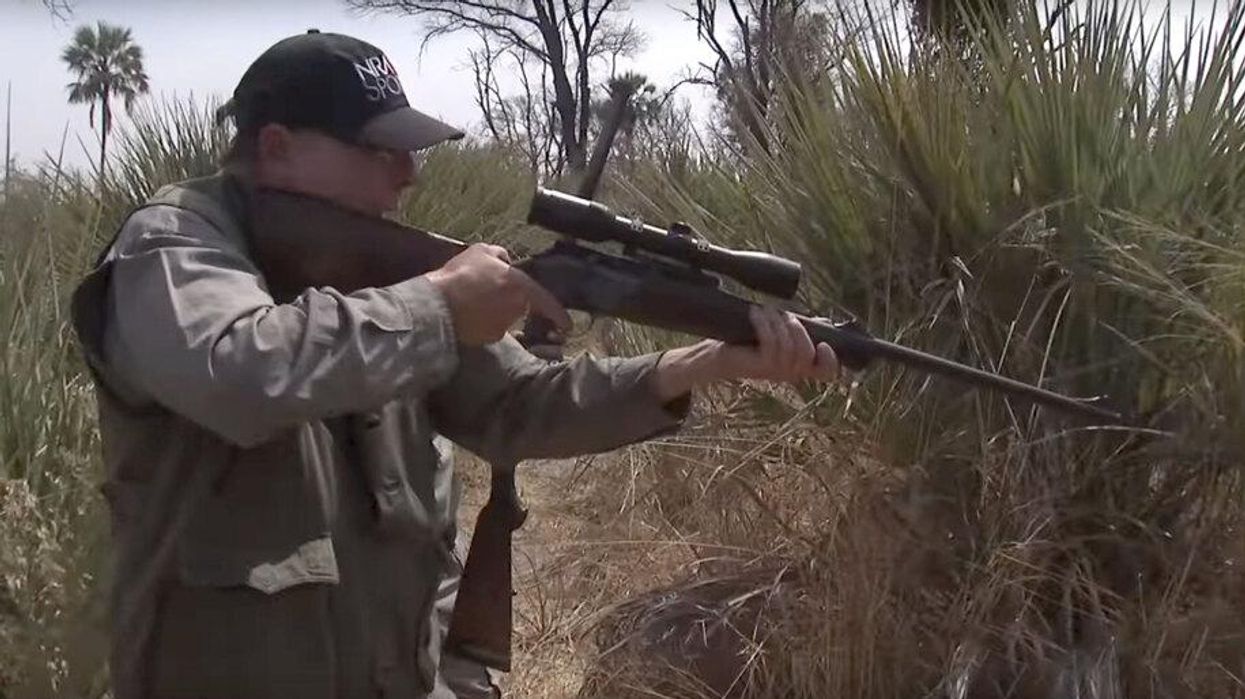 The last couple of years at the National Rifle Association have been filled with lawsuits, firings, resignations, and accusations of gross mismanagement of membership money by the top executives of the nonprofit. The NRA filed for bankruptcy in January, in part to get out from under investigations into its dealings by the New York attorney general's office. In the middle of the back-and-forth lawsuits between the NRA and its former piggy bank (and public relations consulting partner) Ackerman McQueen, the pro-Second Amendment organization was hit with another lawsuit from the producers of a show claiming they were left in the lurch after the NRA closed down its NRATV channel in 2019.

Producers on a long-running program called Under Wild Skies alleged the NRA had not fully paid them for all of the shows that were produced for the gun group. This is not the the most unique example of scumbaggery heard of in the entertainment business. However, the NRA's lawyers argued that the show's producers were asking for payment on two episodes that were not completed. Under Wild Skies LLC's attorneys said that their clients had indeed completed those shows but that they were "not released at the sole direction of Wayne LaPierre." It took about eight years but The Trace and The New Yorker have gotten their hands on the footage that was buried. It is somehow worse than expected.

There has been a lot of speculation as to what footage was contained in these shows that would lead Wayne LaPierre to scuttle the episodes. What was known was that the shows starred Wayne LaPierre and his wife Susan hunting down, killing, and gloating over the largest land mammals on Earth—African bush elephants. What was also known was that the LaPierres went to go hunt these elephants about one year after the mass shooting at Sandy Hook Elementary School in 2012.

But simply hunting big game animals has never seemed to be something the NRA considered bad public relations. The NRA and MAGA Republicans across the country have made it very clear that their opinions on what the Second Amendment of our Constitution is takes precedent over the shooting of school children. Shooting elephants in a faraway land is unlikely to register for people like the LaPierres. Still, there was speculation that at least part of the reason for this revision of hunting history had to do with Wayne LaPierre's media kit boasting to membership:

As a skilled hunter, from Chesapeake waterfowl to African Cape buffalo, Wayne understands the key role hunters play in wildlife conservation. Over the years, he has led NRA efforts to preserve the integrity of the Pittman-Robertson Act, spearheaded NRA programs for young shooters and hunters, and fought for the access of sportsmen and women—including the disabled—to public lands for hunting.

It looks like the skilled hunter bit might be what was hurting Wayne's teeny-tiny soul. The footage was shot in Botswana. Wayne LaPierre is guided to a spot from where he can shoot an elephant. LaPierre is unable to hear the guide telling him to wait, as he is wearing earplugs to protect his ears from the sound, and shoots the elephant. Unfortunately, Wayne LaPierre isn't good at hunting things, it seems, and the elephant is not dead, just immobilized on the ground. LaPierre is directed to shoot the still-breathing animal while it lies on the ground. The guide points to where he wants LaPierre to shoot. From just a few feet away, LaPierre takes two shots at the poor animal, and while hitting the animal, still does not kill him.

The guide says to LaPierre, "I'm not sure where you're shooting." LaPierre seems frustrated, asking where he is supposed to shoot the animal. The guide even asks LaPierre's travel buddy Tony Makris, a C-suite executive at the NRA's former PR firm Ackerman McQueen, if he wants to finish off the poor animal for LaPierre. LaPierre says he can do it, and from point-blank range, shoots the elephant for a fourth time. He misses the mark. Makris finally steps in and takes the kill shot, and like the PR dirtbag he is, turns to LaPierre and says "You dropped him like no tomorrow."

Susan LaPierre's section of the video shows her to be a better shot and better listener than her husband. Her experience culminates with her cutting off the tail of the fallen elephant she killed. Unlike her husband, Susan seems genuinely enthused and emotional and grateful for the experience itself. I'm not a hunting person, and outside of the need for hunting to balance eco systems or for food, I find it an archaic pursuit. That being said, as little as I like people like Susan and Wayne LaPierre, at least Susan seems to really want to murder things for some perverse sense of accomplishment. But Wayne … I just don't know what he's doing with his cold, dead hands.

Makris was a producer on the show, which originally aired on NBC. The show was canceled by NBC in 2013 after Makris shot an elephant in 2012 and said his critics are "like Hitler." NRATV took on the show, which was why this expensive little jaunt took place. According to The Trace, elephant hunting in Botswana costs tens of thousands of dollars and while the footage never aired on the show, Susan made sure to get her trophies sent secretly to her and Wayne: "The Master Airway Bill was in the name of a taxidermist, whom Makris's company paid to turn the animals' front feet into stools for Wayne and Susan's home."

Warning: The video below is graphic.

The Video of the N.R.A.’s Leader and His Wife Shooting Elephants | The New Yorker www.youtube.com