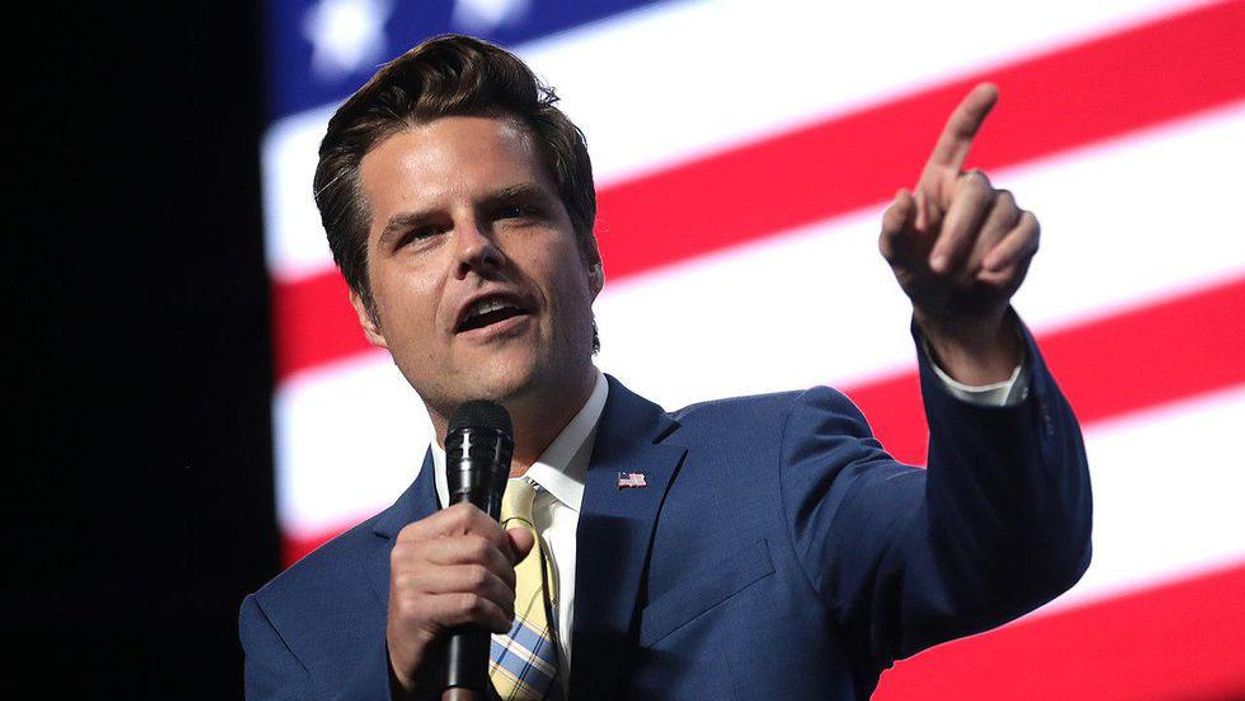 The investigation into Rep. Matt Gaetz's (R-Fla.) alleged involvement with a minor may be taking a different turn due to the discovery of potentially incriminating text messages sent between the Florida lawmaker and his associate, former Seminole County tax collector Joel Greenberg.

According to The Daily Beast, the text messages "reveal how people with key information about an alleged underage sex ring were scrambling as the feds closed in—and they bolster the evidence in a growing scandal that could take down the congressman."

The conversations are said to have taken place between Greenberg and radio host "Big Joe" Ellicott over the encrypted messaging network, Signal. In their discussion, the two men Ellicott admitted that he was concerned about others in their group facing the possibility of "legal jeopardy for having sex with a 17-year-old girl."

The publication notes that Ellicott "wrote that a mutual friend, a woman who figures prominently in Greenberg's Venmo transactions, 'knew [the minor] was underage the whole time, had sex with her, and they both went [to] see other guys.'"

The latest report on the incriminating text messages shared between Greenberg and Ellicott comes just one day after Politico reported on a grand jury subpoena that included the radio host's name.

Filed on Dec. 28, 2020, the subpoena stated that "the grand jury is investigating alleged crimes 'involving commercial sex acts with adult and minor women, as well as obstruction of justice' and seeks any communications, documents, recordings, and payments the individual had with Ellicott, Gaetz, and Greenberg from January 2016 until now."

Since Gaetz is under investigation for his alleged involvement with a minor, there is speculation about the damning text message conversations could impact his case and link him to the underaged girl.

"The grand jury subpoena provides new information on who federal investigators are looking into, as well as additional details on the kinds of information authorities, are seeking — documents, video recordings, and communications — as they looked into the Republican lawmaker earlier this year. The subpoena, as well as Greenberg's cooperation with prosecutors, appears to increase the legal peril the congressman is facing."

Ellicott has reportedly declined The Daily Beast's request for comment.