Progressives win a major victory in Philadelphia — here's how 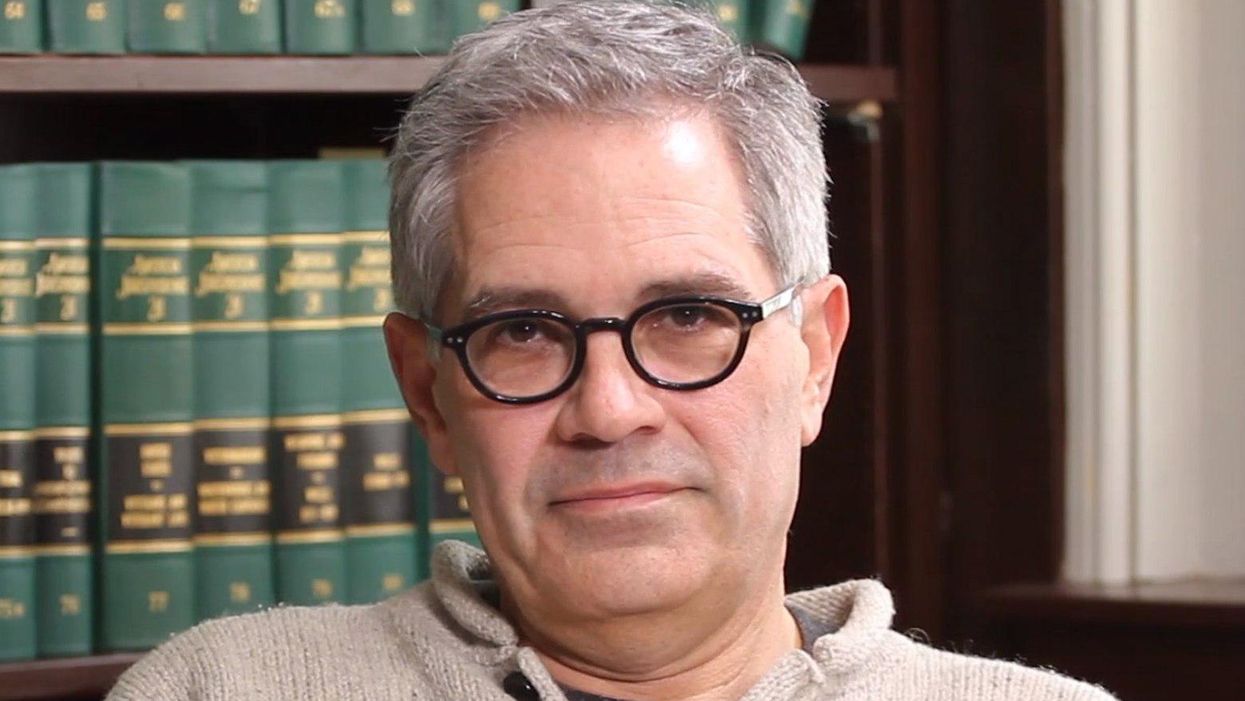 The first re-election bid of Philadelphia District Attorney Larry Krasner—probably the figure most associated with the "progressive prosecutor" movement—was closely watched throughout the nation. Krasner has declined the vast majority of drug possession prosecutions, and essentially ended the death penalty in the former death penalty capital of the north.

Many commentators wanted to see it as a referendum on whether pro-decarceration elected prosecutors are a fad or here to stay. Some thought a loss for Krasner would be "disastrous" for criminal justice reform. False dichotomies were popularized, like the one of "cops versus Krasner," despite the fact that the organization representing Black police officers in Philly broke from the mainline police union to endorse him. On top of that, Krasner was blamed in the media for a significant increase in homicides, despite academic researchers concluding that this was largely the result of COVID-19 pandemic, a trend matched in most cities across the country.

The campaign had its bizarre moments. Philly Fraternal Order of Police President John McNesby, who once called Black Lives Matter protesters "a pack of rabid animals," showed up to DA Krasner's office in a Mr. Softee's ice cream truck in support of Krasner's Democratic primary challenger, Carlos Vega. Ben Cohen, one of the founders of Ben & Jerry's, then blasted Mr. Softee as "fake ice cream" in his ringing endorsement of Krasner. Vega later seemed to threaten Krasner during an off-mic exchange during a campaign debate, reportedly asking the DA, "you have security downstairs?"

With ice cream flying and the police union crying, Krasner won the May 18 primary anyway—resoundingly, with over 65 percent of the vote.

This makes Krasner a shoe-in for a second term in a heavily Democratic city. His opponent in the formality of a contest against a Republican candidate in November will be defense attorney Charles Peruto Jr. Peruto's campaign website is stranger than fiction, prominently displays a section called "The Girl in my Bathtub," in which Peruto tries to address how his girlfriend of "about six weeks" was found dead from purported alcohol poisoning in 2013. In the original version of this section, since edited after national media coverage, Peruto referred to her death as a "silly thing" in his background.

But how did Krasner win? First, it is worth talking about how he did not win: George Soros's money. When reform candidates win in Democratic DA primaries, that is usually what cable news checks for first. Soros often gives over a million dollars to his preferred candidates. From 2015 to 2019, every Soros-funded DA contender was victorious bar one: Tiffany Cabán in Queens, who received a comparatively paltry $70,000.

Soros did help fund Krasner's re-election campaign, but not with the $1.7 million spent in 2017. This time, his Super PAC only gave $270,000. In other re-election bids of members of the new wave of prosecutors, like Kim Foxx's contest in Chicago, Soros has spent big—like $2 million big—to keep his preferred DA in office. Not so, here.

Shaun King being a big factor is also unlikely, despite his PAC's endorsement of Krasner and personally door-knocking in Philly. Even though his Real Justice PAC endorsed Krasner, the PACs fundraising capacity is usually quite low. In Bexar County (San Antonio), Texas, King's PAC raised $55,000 in 2018 for successful DA candidate and reformer Joe Gonzalez. That same year, the PAC raised about $30,000 for an unsuccessful Democratic primary candidate in Dallas County, Texas named Elizabeth Frizell. Both of those counties have larger populations than Philadelphia County, which has about 1.5 million residents.

Jeff Asher, a crime data expert who has written for major media outlets like FiveThirtyEight (while failing to disclose being paid by the Jefferson Parish, Louisiana, Sheriff's office), opined that Krasner's victory "seems like an important lesson about the durability of progressive prosecutors. Or the difficulty of defeating incumbents. Or no real lesson."

Perhaps incumbency helped. But there has been weak evidence, at best, that the new reformist DAs enjoy the heavy incumbency advantage that tough-on-crime prosecutors tend to get. That's in part because they only started getting elected in 2015, and they usually get large amounts of Soros money in support of re-election, which muddies the waters as to their actual popularity.

So it seems fair to say that Krasner won the thing organically, even sweeping the areas of the city most impacted by violent crime, despite his own party in Philly refusing to endorse him.

Is the "tough-on-crime" era really over in Philadelphia? It is hard to say. Vega, despite the backing he received, was a terribly weak opponent in a city with a large population of Black voters and a long history of serious injustices, such as the MOVE bombing, perpetrated against the Black community by law enforcement. Vega recently attempted to block the exoneration of one Black man, Anthony Wright, who was wrongfully convicted of murder.

If a plausible tough-on-crimer ran four years from now—for example, a woman of color who tactfully made the case for increased punishment for people who commit acts of violence—then it's possible Krasner wouldn't coast. But for now, the movement to stop relying on prisons and jails to solve social problems can celebrate.