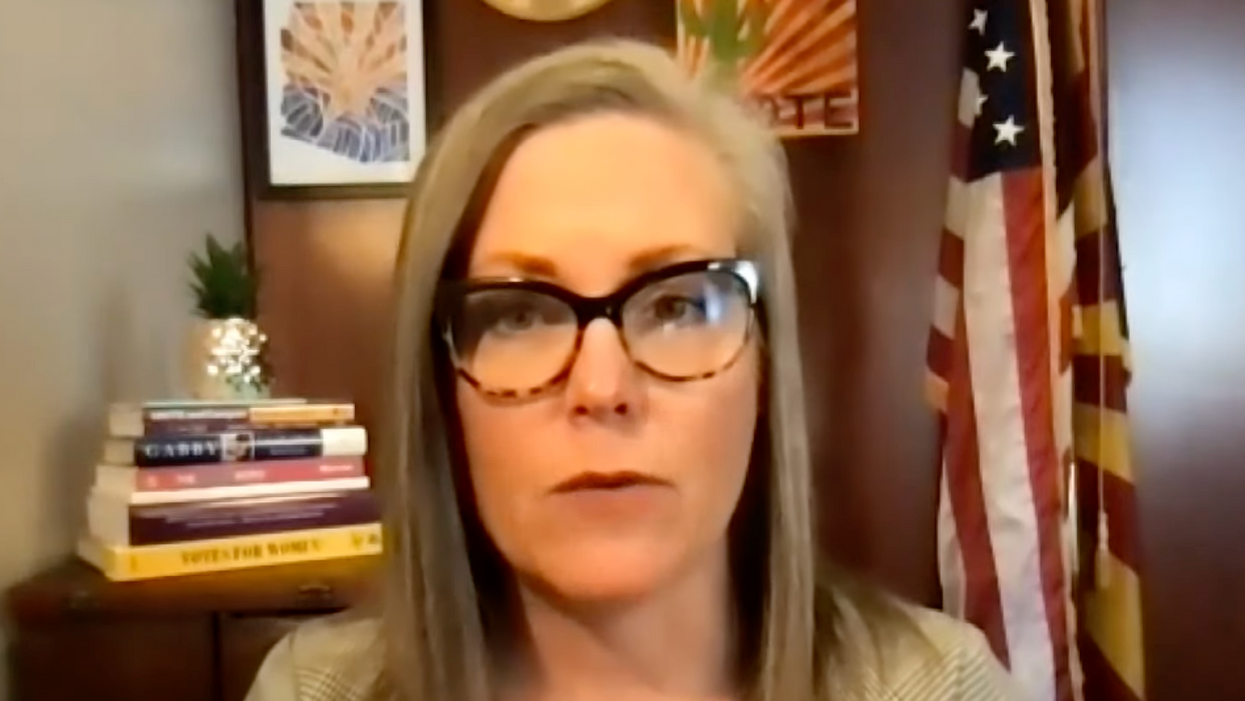 Arizona Republican lawmakers on Tuesday moved to strip the state's chief elections officer of one of her most important election duties: defending the state's elections in court. Republicans have been waging a war against Secretary of State Katie Hobbs, a Democrat, who opposes the Senate Republican President's Cyber Ninja "recount."

"Political score-settling is not supposed to be part of the budgeting process, but you will have a hard time convincing Democratic members of the House Appropriations Committee of that," is how Arizona's ABC 15 News reported the latest development.

"On Tuesday morning, the Appropriations Committee stripped Secretary of State Katie Hobbs of her ability to defend election lawsuits. It gave the power exclusively to the attorney general."

The Arizona attorney general is currently a Republican.

And to show that this is absolutely a power grab, stripping the Secretary of State of that critical election responsibility expires at the end of Hobbs' term.

While they were busy attacking Hobbs, Arizona Republicans also struck back at her for daring to fly the LGBTQ pride flag from the Capitol Museum in 2019.

According to ABC 15, her decision to fly the flag on the 50th anniversary of Stonewall during Pride month "infuriated both the Speaker of the House and the Senate President," both Republicans. Republicans forced it to be removed almost immediately.

ABC 15 notes the entire legislation will have to approve these changes, but given the GOP majority in the Arizona legislature – 16-14 in the Senate, 31-29 in the House – it probably will pass.