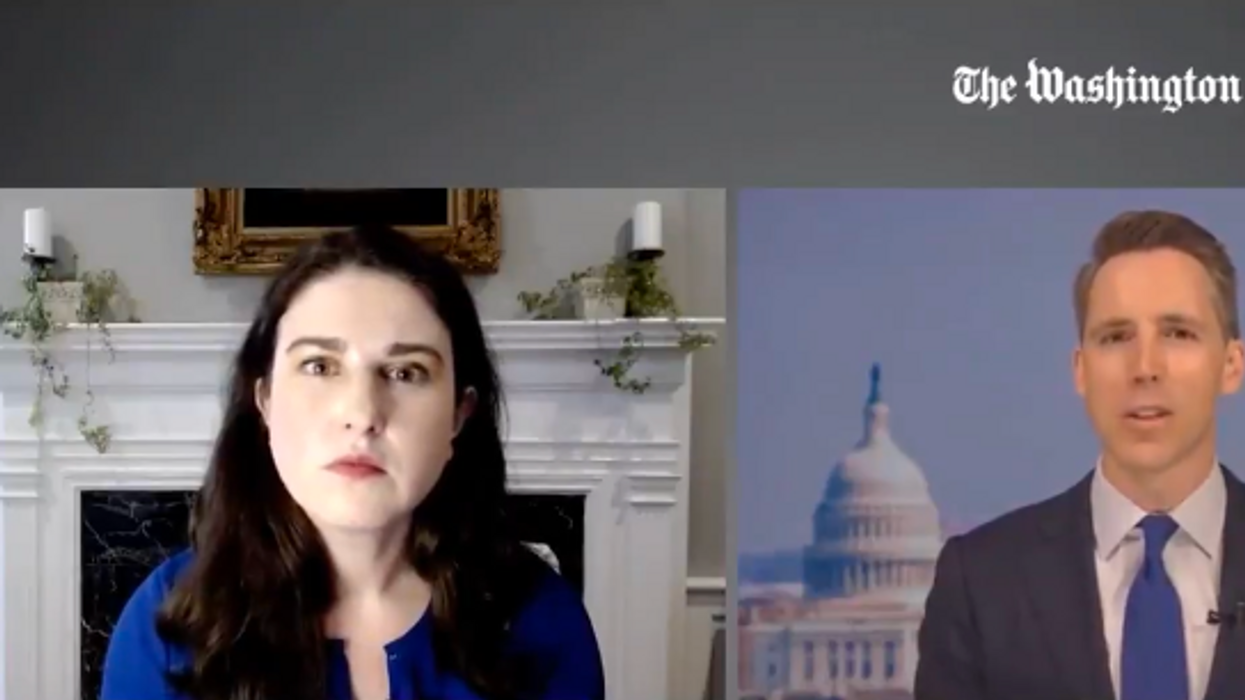 Image via Screengrab.
David Badash
and
The New Civil Rights Movement
May 04, 2021

U.S. Senator Josh Hawley (R-MO) has ridden the fake "cancel culture" wave for almost a year. He tried to do it again Tuesday morning but one Washington Post reporter was not having it.

Hawley, blamed by many as one of the leaders of the January 6 attempted coup, after an infamous and now iconic photo of his fist pumped in the air on the steps of Congress, showing "solidarity" with the insurrectionists and leading the rioters to the House of Representatives went viral. Hawley had been the face of the attempt to vote to disqualify the results of a free and fair election, but the photo sealed the deal for many who have labeled him as an insurrectionist.

Hawley's book contract was canceled as a result of his participation, but he quickly got another publisher – and lots of free PR.

The far right wing Missouri GOP Senator has been claiming he's a victim of "cancel culture" ever since, while taking no responsibility for his actions. But he has been using it to rile up his base to get them to buy his book.

Meanwhile on Tuesday Hawley was in a live interview with Washington Post reporter Cat Zakrzewski, putting forth his dubious claims about supposed election irregularities.

At one point Hawley bullies and berates Zakrzewski, twisting her words to advance his claims.

"If you're going to challenge this on, you know, saying that they didn't hear the merits of the case," Zakrzewski told Hawley, "because there was an appeals court that ruled that the case lacked merits, so it's difficult for a court to rule on the merits when they don't exist. I want to get back to the book –" she said before Hawley interrupted her.