A GOP pundit attempted to downplay and whitewash the Capitol riot. It backfired big time 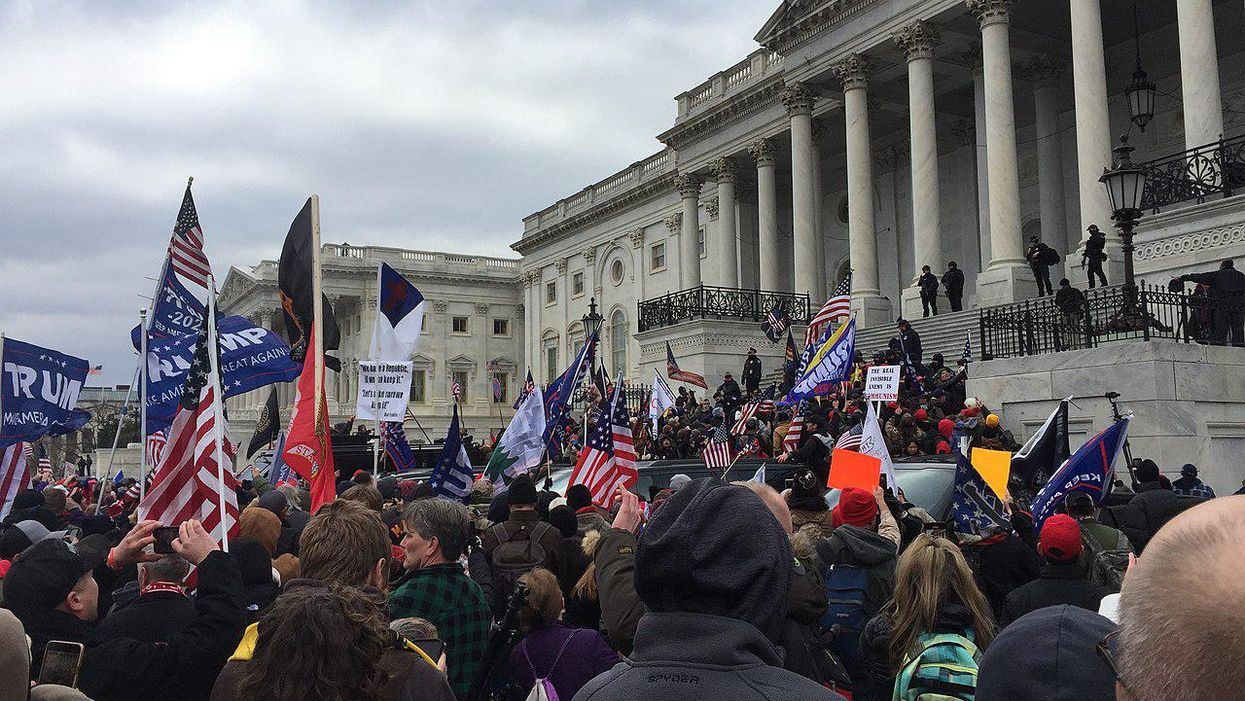 Donald Trump supporters outside the U.S. Capitol Building on January 6, 2021

A right-wing conservative pundit found himself at the center of criticism and controversy when he attempted to whitewash the deadly series of events that unfolded at the U.S. Capitol on Jan. 6.

According to The HuffPost, political commentator and Trump enabler Dinesh D'Souza took to Twitter on Monday, May 3, posted the infamous photo of the man carrying House Speaker Nancy Pelosi's (D-Calif) lectern as he attempted to downplay what transpired that day.

"Does this LOOK like an insurrection? A riot? A coup attempt?" D'Souza tweeted. "If it doesn't walk like a duck or talk like a duck then it probably isn't a duck."

D'Souza, a convicted felon who managed to receive a pardon from former President Donald Trump back in 2017, received swift backlash as they refused to allow him to diminish the severity of the deadly incident.

As the photo began circulating on social media, the man was identified as Adam Christian Johnson. Like many other members of the pro-Trump mob that stormed the U.S. Capitol, Johnson was hit with a number of charges including "entering a restricted building or grounds without lawful authority, theft of government property, and violent entry and disorderly conduct on Capitol grounds."

D'Souza did not mention any of the other disturbing photos that offered a look at a different side of the Capitol riots. Those photos included images of the pro-Trump mob "storming the building, smashing property, assaulting police and threatening to harm elected officials."

The guy is literally looting the US Capitol during an illegal breach meant to overturn an election. If he were Blac… https://t.co/7AkAPbfUGj
— Mike Rothschild (@Mike Rothschild)1620070332.0

D'Souza has not yet responded to the backlash he is facing on Twitter but the responses are continuing to flood his timeline.