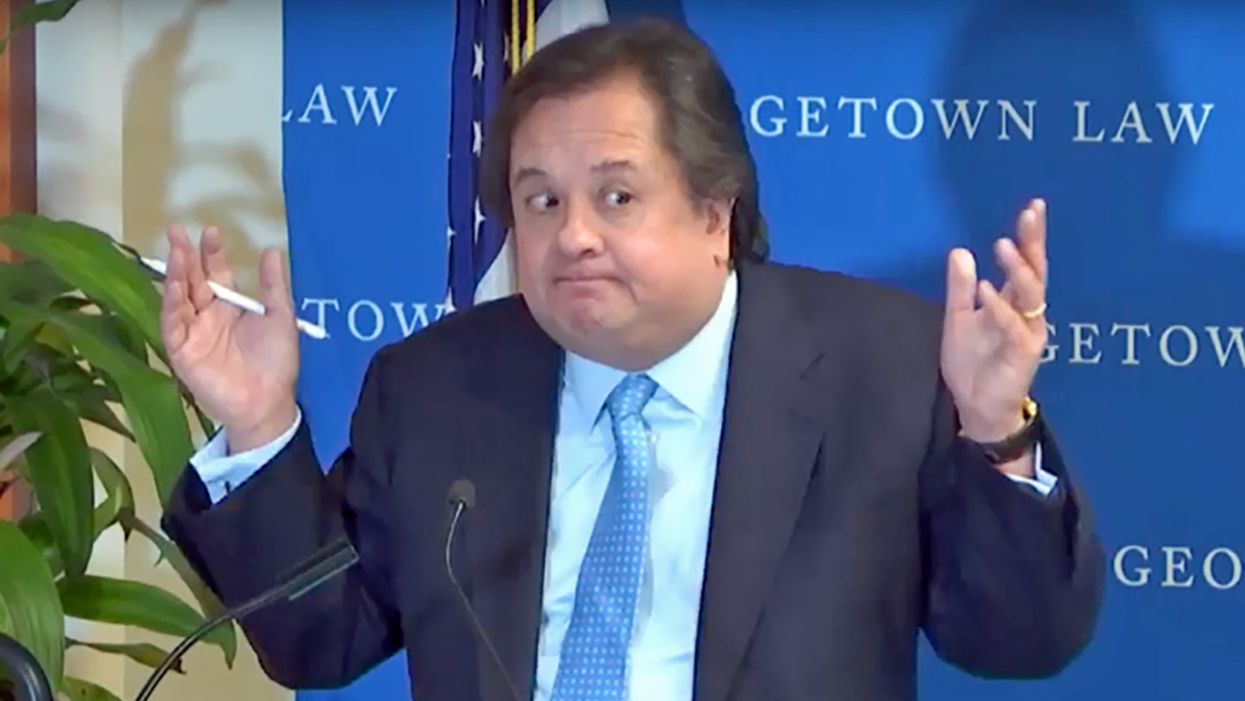 Image via / Screengrab.
David Badash
and
The New Civil Rights Movement
May 06, 2021

Conservative attorney George Conway is warning former Trump personal attorney Rudy Giuliani he may be "going to go through some things."

"The quoted words," he explains in a just-published Washington Post op-ed, "come from the former president's supposedly 'perfect' phone call with Ukraine's president, and described what could happen to the American ambassador there, Marie L. Yovanovitch."

Those "things" Giuliani may go through include "possibly being charged with a crime."

Giuliani's home and office were raided by the feds last week, and Conway says "the investigation marks yet another step in Giuliani's unimaginable fall from grace. The once-respected former federal prosecutor, New York mayor ('America's mayor'!), presidential candidate and possible Cabinet pick, stands reduced to a laughingstock: shirt-tucking star of the 'Borat' sequel, headliner for a news conference at Four Seasons Total Landscaping, and now defendant in a $1.3 billion defamation suit for having claimed that the long-dead Venezuelan dictator Hugo Chávez founded a voting software company that helped steal the presidency from Trump."

"All this boggles the mind of anyone who has followed Giuliani's lengthy career. It's as though someone dropped him on his head."

Conway offers some free advice to Giuliani and Trump:

"If Giuliani has anything to offer prosecutors to save himself, it would have to be Trump, the only bigger fish left. And it was arguably criminal for the then-president to have used his official powers to try to coerce foreign officials into aiding his reelection campaign. In fact, Giuliani's admission that he wasn't conducting foreign policy, but merely helping Trump personally, is exactly what would make the scheme prosecutable. The former guy just might want to rethink stiffing Giuliani on those bills."