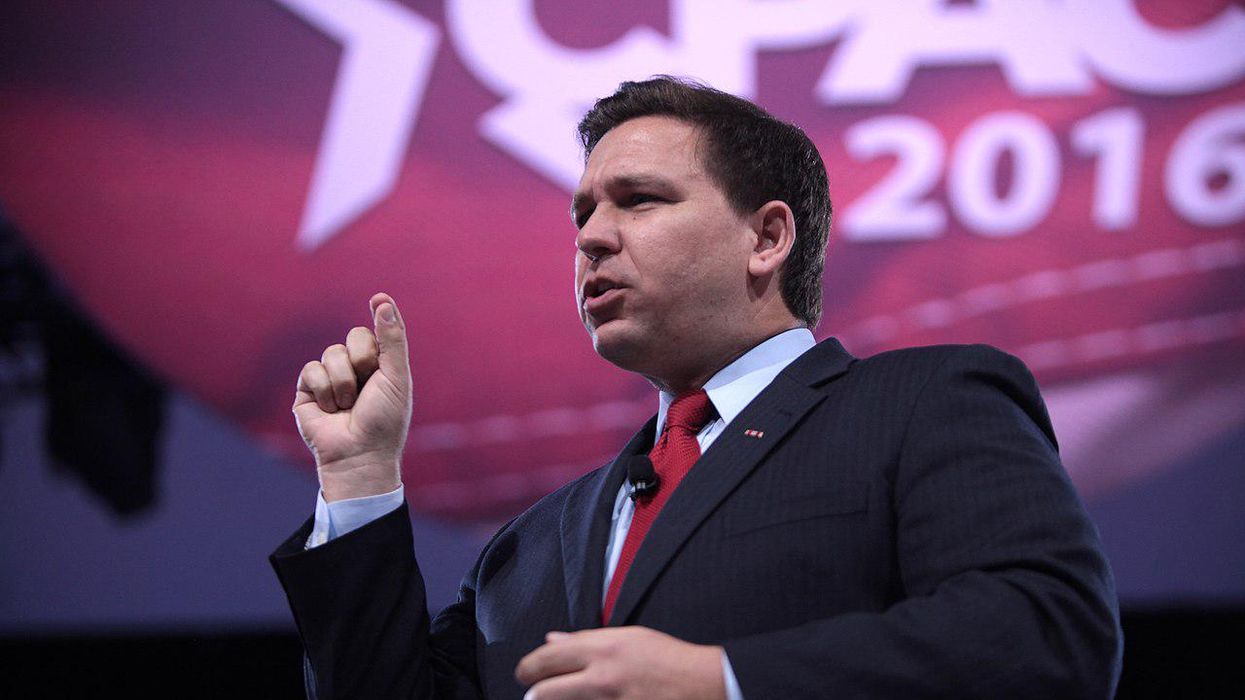 In Florida, Gov. Ron DeSantis has agreed to sign into law a voter suppression bill that has been passed by Republicans in the Florida State Legislature. Although the bill is designed to make it harder for Democrats to vote, some Republicans fear it could backfire and hurt older voters — who are more likely to vote GOP. As a result, they have floated the idea of an exception for older voters —which, liberal opinion writer Greg Sargent stresses in his Washington Post column, underscores the fact that the bill is designed to hurt Democrats regardless of GOP claims to the contrary.

On Monday morning, the Post published an article by journalist Amy Gardner addressing the fears of Republicans who believe that Florida Senate Bill 90 may have unintended consequences if it discourages older Floridians from voting. Gardner did some stellar reporting, emphasizing that Florida Republicans have a long history of encouraging absentee voting — and that historically, African-Americans, a key part of the Democratic base, have preferred in-person voting. But in 2020, then-President Donald Trump baselessly claimed that voting by mail encouraged voter fraud. And SB 90 makes it harder to vote by mail, which according to Gardner, could hurt the GOP in Florida if older voters are confused or discouraged.

Commenting to Gardner's reporting, Sargent explains, "Republicans are responding to their 2020 losses by doing everything they can to restrict the size of the electorate wherever possible, in ways they think will advantage them. To disguise this ugly game, they've rolled out all sorts of disingenuous talking points, claiming they want to restore 'confidence' in our elections — or, even more absurdly, to ensure 'election integrity.' But every now and then, the mask slips, making the truth about these efforts even harder to deny."

Most of the Republicans quoted in Gardner's article spoke to the Post on condition of anonymity, and anonymous quotes can be some of the most informative and revealing because they show what people really think but are afraid to say publicly. And those interviewees told the Post why SB 90 is potentially problematic for Florida Republicans.

"Some Florida Republicans now fear this could unintentionally make it harder for Republican voters to cast ballots," Sargent observes. "They worry about the provision requiring reapplication for mail ballots every two years — rather than every four years, as previous law had it — fearing it will confuse voters who expect ballots to be sent to them automatically during midterm elections. This could have a pronounced impact on seniors and members of the military, Republicans fear. Both are GOP-aligned constituencies, and both rely heavily on vote-by-mail."

Sargent adds that according to one of Gardner's GOP sources, some Republicans have floated the idea of exempting seniors and military voters from SB 90.

"They talked about getting lawmakers to exempt two of their key constituencies from it, and to selectively apply it to other voters," Sargent notes. "It wouldn't pass legal muster and didn't go anywhere. That's quite a glimpse into the mindset of Republicans supposedly motivated by a pious desire to restore election integrity!"

Sargent continues, "As it is, the new provisions would heavily target African-American and newly registered voters, according to University of Florida political scientist Daniel A. Smith, whose calculations show that those demographics disproportionately relied on vote-by-mail in 2020. However, Smith's research shows Republican voters also relied, to an unexpected degree, on vote-by-mail — hence these new GOP fears."

For his column, Sargent interviewed Richard Pildes, who specializes in election law at New York University and told the columnist, "A significant chunk of the Republican primary electorate appears to be driven with incredible intensity by the belief that the election was illegitimate."

Sargent concludes his column on a scathing note, saying that Republicans have no good intentions with their voter suppression bills — only a desire to make it harder for Democrats to vote.

The columnist writes, "Bottom line: The GOP claim that voters need their confidence restored is, if anything, only further undermining that confidence. So, this quest to create a fake justification for more voter suppression is also pushing the GOP primary electorate further to the right. There's no indication that this ongoing radicalization will abate anytime soon. And one can only guess at the damage it will ultimately unleash."