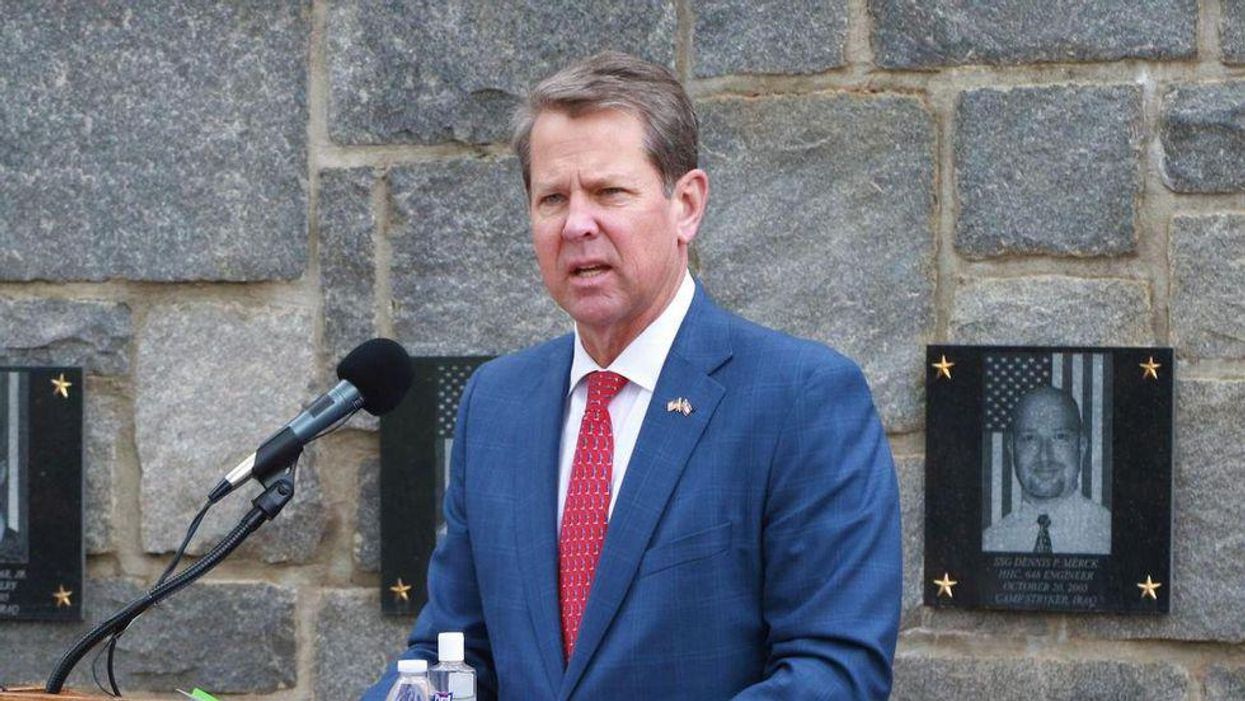 Brian Kemp, the Governor of Georgia, speaks during a virtual Memorial Day ceremony at Clay National Guard Center in Marietta, Georgia on May 21, 2020. Governor Kemp spoke of the ultimate sacrifice that fallen Georgia Guardsmen have made while fighting for the freedoms all Americans possess today. U.S. Army National Guard photo by Capt. Bryant Wine
Meaghan Ellis
May 27, 2021

Georgia Gov. Brian Kemp (R) has a bizarre assessment of the United States that has left many Twitter users baffled.

On Wednesday, May 26, the Republican governor appeared on Fox News where he explained his decision to place a ban on requirements for COVID-19 vaccine passports. At one point during the discussion, Kemp referred to America as the "land of the home." To make matters worse, he went a step further with his baffling remarks about freedom.

"It is America, the land of the home and freedom... range," Kemp said. However, HuffPost notes that the last inaudible word "could have been 'reigns' or even 'rains.'"

Fox News host Lawrence Jones continued the conversation as if he clearly understood the governor's words. He responded saying, "For now it is," Jones agreed. "We gotta keep fighting."

As the clip began circulating on Twitter, users weighed in with their reactions. While it does appear Kemp was attempting to say, "Land of the free and the home of the brave," he did not articulate that.

Ron Filipowski tweeted, "Republicans love to make fun of Biden's stutter, while they can't even coherently complete sentences. Like this word salad tonight from Brian Kemp."

Republicans love to make fun of Biden’s stutter, while they can’t even coherently complete sentences. Like this wor… https://t.co/PlLs6jp3qz
— Ron Filipkowski (@Ron Filipkowski) 1622075417.0

Another Twitter user also noted the contrast between Republicans' reactions to Kemp's blunder in comparison to President Joe Biden.

Kemp's appearance on Fox News came just days after he signed an executive order banning requirements for vaccine passports in the state of Georgia. At the time, Kemp also released a statement saying: "While I continue to urge all Georgians to get vaccinated so we continue our momentum of putting the Covid-19 pandemic in the rearview, vaccination is a personal decision between each citizen and a medical professional — not the state government."