Joe Biden learned a lot during the Obama-era on how to deal with the GOP: report 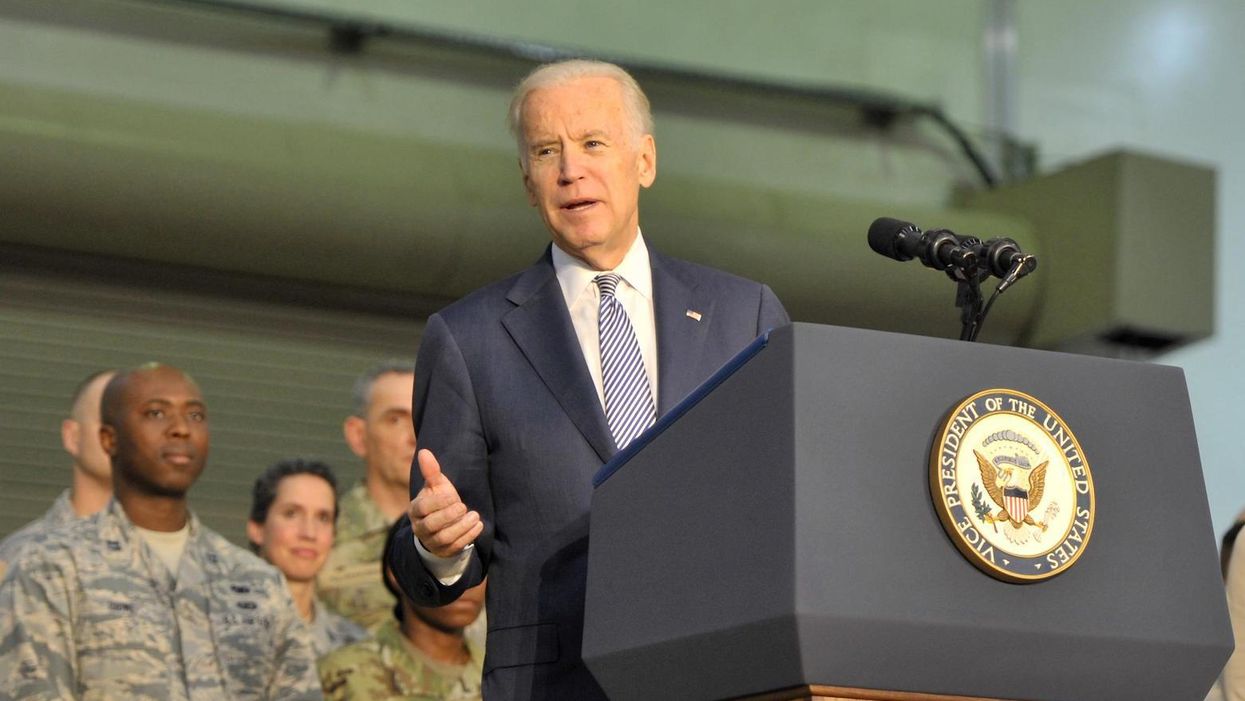 Vice President Joe Biden speaks with U.S. and coalition personnel during a visit to an undisclosed location in Southwest Asia, March 7, 2016. Biden's visit is part of his tour of the Middle East, which began March 7. (U.S. Air Force photo/Staff Sgt. Kentavist P. Brackin)
Here's what to expect in the next 4 years of American war under President Biden
Meaghan Ellis
May 01, 2021

President Joe Biden and his administration appear to have learned a few hard lessons from the first term of former President Barack Obama's presidency. When Obama entered the White House, he too had a Democratic majority and a crisis to attend to. He and Biden both began their presidencies with the same intent: to cultivate much-needed reforms with bipartisan support.

But as Democratic lawmakers attempted to embrace bipartisanship during the Obama era, Republicans responded with opposing votes, subsequently striking down many of the legislative measures they sought to pass. However, things appear to be different now.

Although Biden has described himself as a unifying impetus with the ability to influence bipartisanship, the Democratic president's governing may be sending a different message. According to The Guardian, that message is: "get on board or get out of my way."

The lesson learned appears to be simple: extend the olive branch to Republican lawmakers so they can be included in negotiations and discussions but if they choose not to come to reach common ground, move forward with the agenda. That approach also appears to be the one Biden will take on infrastructure if lawmakers cannot come to an agreement.

"I'd like to meet with those who have ideas that are different," the president said of his infrastructure plan. "I welcome those ideas. But the rest of the world is not waiting for us. I just want to be clear: from my perspective, doing nothing is not an option."

Republican lawmakers have also noticed Democrats' approach as they've expressed concern about it. Sen. Tim Scott (R-S.C.) recently accused the president of "further dividing the country by passing major legislation without bipartisan support in Congress," according to the publication.

"President Biden promised you a specific kind of leadership. He promised to unite a nation, to lower the temperature, to govern for all Americans, no matter how we voted," Scott said. "But three months in, the actions of the president and his party are pulling us further apart."

Despite the concerns, the Biden administration insists their legislative proposals are, indeed, partisan. Adam Green, the co-founder of the Progressive Change Campaign Committee (PCCC) said, "The most game-changing change in the dynamic that this White House has done is redefining bipartisanship to mean among the public and not among DC politicians."