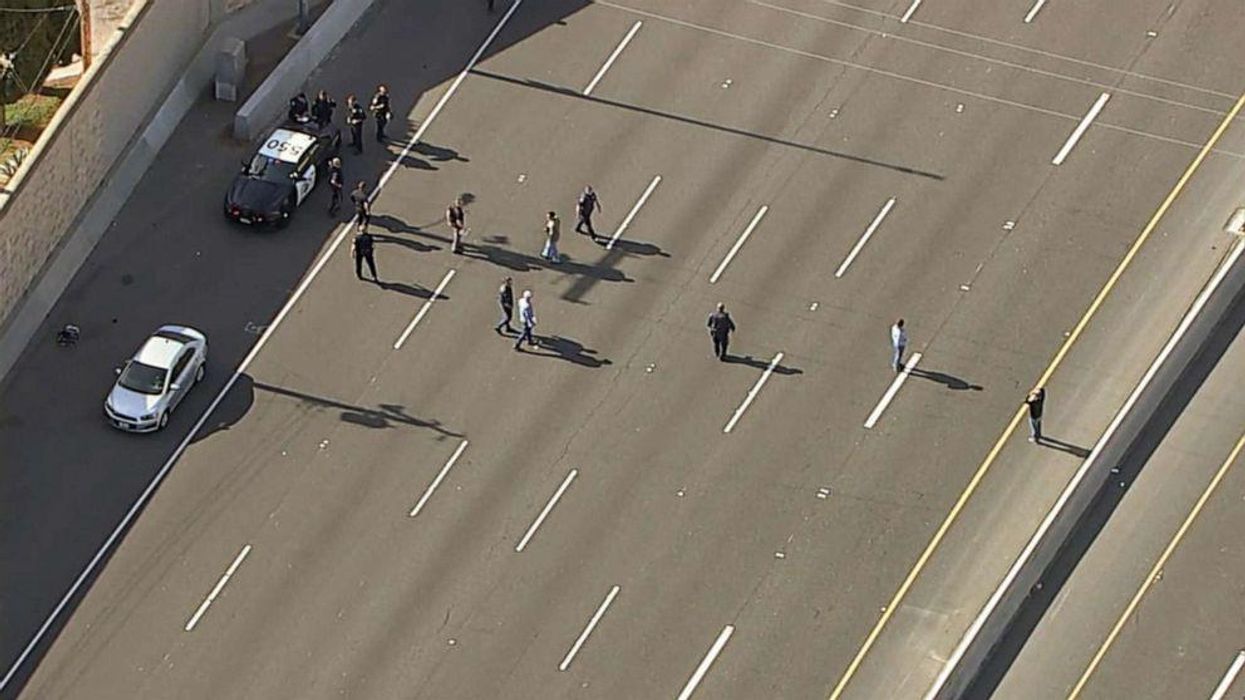 Image via Screengrab
Meaghan Ellis
May 22, 2021

A 6-year-old boy was shot and killed during an apparent road rage incident that unfolded in Southern California on Friday.

According to KTLA, the little boy, whose family members identified as Aidan Leos, was sitting in the backseat of his mother's card at the time of the fatal shooting.

At a press conference on Friday, Leos' uncle, John J. Cloonan III, offered details about the deadly incident. "She (Aiden's mother) was merging to the right side to get away from this person, and as you can see if you go online and look at the photos, there's one bullet shot in the trunk that went through the trunk and right through my nephew," said Cloonan.

Leos, who was a kindergartener at Calvary Chapel Yorba Linda, was rushed to a local hospital but later pronounced dead.

California Highway Patrol Officer Florentino Olivera also spoke out about the incident as he offered a description of the other vehicle believed to have been involved in the attack. "It was an isolated road rage incident between the mom and another driver from a white sedan," Olivera told the publication.

Boy, 6, dies after being shot in road-rage incident on 55 Freeway in Orange| ABC7 www.youtube.com

He added, "Not sure if there were any passengers in that white sedan but apparently, there was a shot fired from that sedan into the silver car, and unfortunately, the child that was seated in the right rear seat was struck."

Highway patrol officers are now seeking help from the public as they attempt to locate the driver of the white sedan as Leos' sister, Alexis Cloonan, grieved the loss of her brother. "Please help us find the people that did this to my little brother," his sister said at the press conference. "He's only 6 and he was so sweet. ... I loved having him in my life."

Olivera also said, "If your vehicle has a dashcam, we're asking you, please call our CHP office in Santa Ana, provide that video. If you were driving by, you saw something that was not right, call it in -- even if it wasn't something major -- call our office. We want to hear from witnesses."