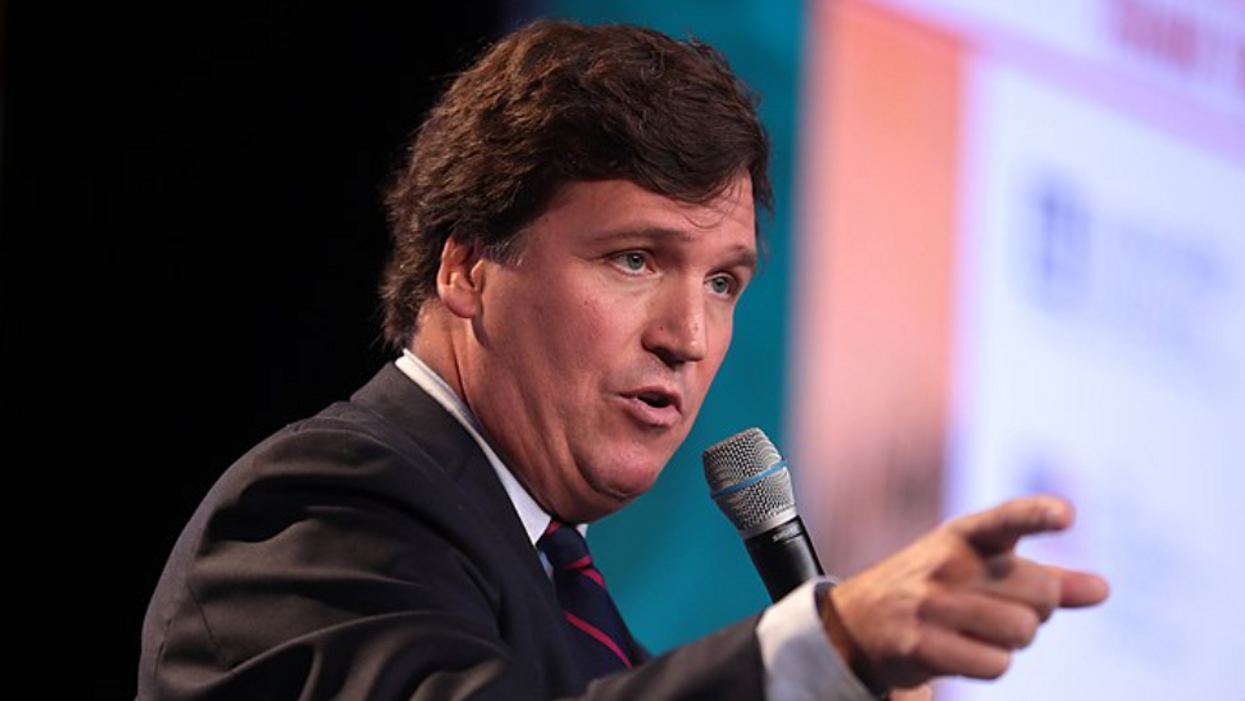 Fox News' Tucker Carlson is facing stark criticism for his latest attempt to defend the notion of the "white supremacy replacement" theory.

According to Mother Jones, on Thursday, April 8, Carlson appeared to justify the disturbing theory that ultimately influenced the U.S. Capitol riots and the disturbing mass shootings that have taken place across the United States and in other parts of the world.

The Fox News host also concocted another conspiracy theory suggesting the Democratic Party had a long-term goal to expand its voter base to consist of "more obedient voters from the Third World" in an effort to advance their agenda.

"The Democratic Party is trying to replace the current electorate, the voters now casting ballots, with new people, more obedient voters from the Third World," Carlson said on Fox News Primetime. "If you change the population, you dilute the political power of the people who live there. So every time they import a new voter, I become disenfranchised as a current voter."

Carlson went on to suggest to viewers that there was nothing racist about his arguments. He added, "I mean, everyone wants to make a racial issue out of it," he said. "Oh, you know, the white replacement theory? No, no, no. This is a voting right question."

After Carlson's segment aired, he was quickly met with opposition. Referring to the Fox News host, as "the new copycat," "Daily Show" host Trevor Noah created a montage that highlighted similarities between Carlson's remarks and the words of two different mass shooters: the Christchurch, New Zealand shooter and the mass shooter who murdered nearly two dozen innocent victims in El Paso, Texas, back in 2019.

The El Paso shooter also echoed similar disturbing sentiments. "I am simply defending my country from cultural and ethnic replacement brought by an invasion [of immigrants]…a political coup by importing and then legalizing millions of new voters," he wrote in his manifesto.

On Friday, April 9, the Anti-Defamation League (ADL) also sounded off to verbalize its concerns about Carlson's dangerous rhetoric. ADL CEO Jonathan A. Greenblatt penned a letter to Fox News CEO Suzanne Scott calling for Carlson to be fired after his recent controversial remarks on primetime television.

While expressing concerns about Carlson's remarks, Greenblatt insisted that the primetime host's "rhetoric was not just a dog whistle to racists — it was a bullhorn."

AP News contacted Fox News for comment, but the network did not respond to the request.