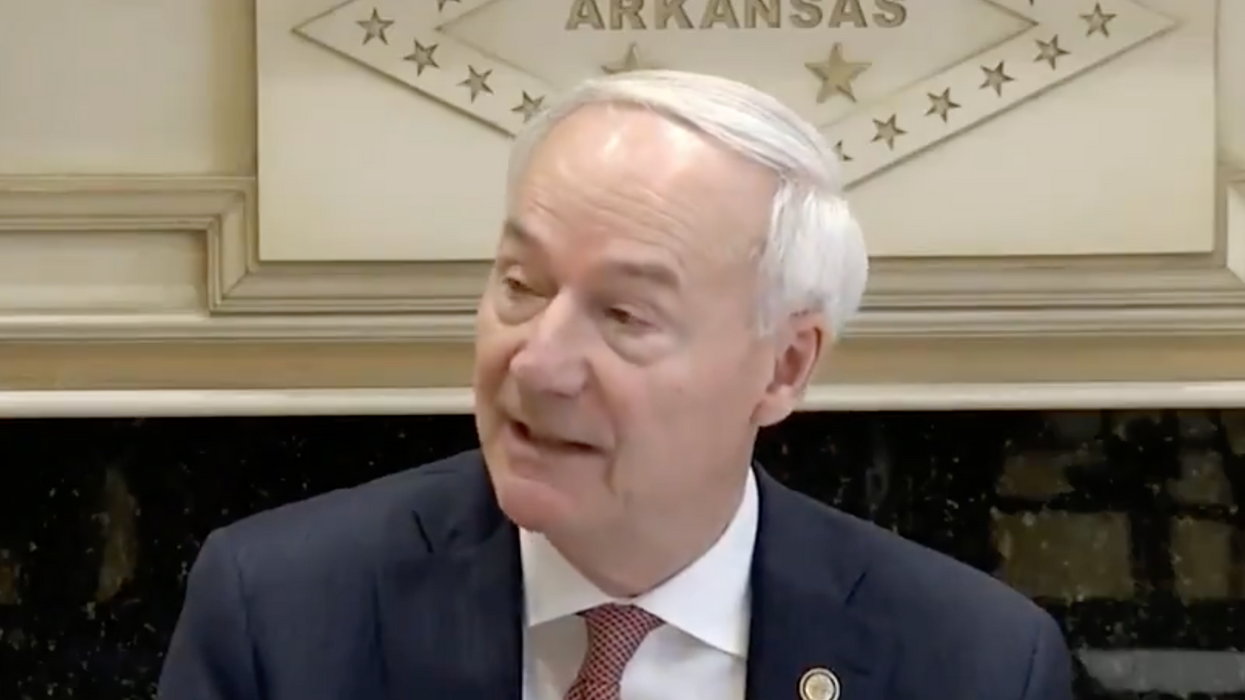 Defenders of LGBTQ rights denounced Republican legislators in Arkansas on Tuesday for overriding a veto by Gov. Asa Hutchinson just a day earlier that had been seen as a hard-won victory for the trans youth and other gender nonconforming people in the state.

The final passage of HB1570, which would block doctors from providing gender-affirming care or referring patients for such care, came in the wake of sustained opposition to what the state ACLU chapter described as "one of the most extreme and harmful anti-trans bills in the country."

Champions of trans youth who had 24 hours earlier celebrated Monday's veto by Hutchinson denounced Tuesday's 71-24 vote in the state House and the 25-8 vote in the Senate—large enough majorities to override the governor's signature.

"This bill will drive families, doctors and businesses out of the state, and sends a terrible and heartbreaking message to transgender people who are watching in fear," the national ACLU tweeted immediately after the votes were announced.

While advocates expected the override, the vote was a major setback for those who had fought against it.

"Today Arkansas legislators disregarded widespread, overwhelming, and bipartisan opposition to this bill and continued their discriminatory crusade against trans youth," said Holly Dickson, ACLU of Arkansas executive director, in a statement after the vote.

Still, groups vowed to fight on.

"Trans youth in Arkansas: We will continue to fight for you," said the ACLU. "We will always have your back, and we'll be relentless in our defense of your rights."

The group added that it was already preparing litigation to combat the new law. "As we speak," they said.

"Attempting to block trans youth from the care they need simply because of who they are is not only wrong, it's also illegal, and we will be filing a lawsuit to challenge this law in court," Dickinson said. "We are hearing from concerned families all over the state who are afraid about the impact of this bill and others like it. We are committed to doing all we can to support these families and ensure they know how to continue to fight for their rights and get the care and resources they need."