The GOP acts as an insurgency within the United States 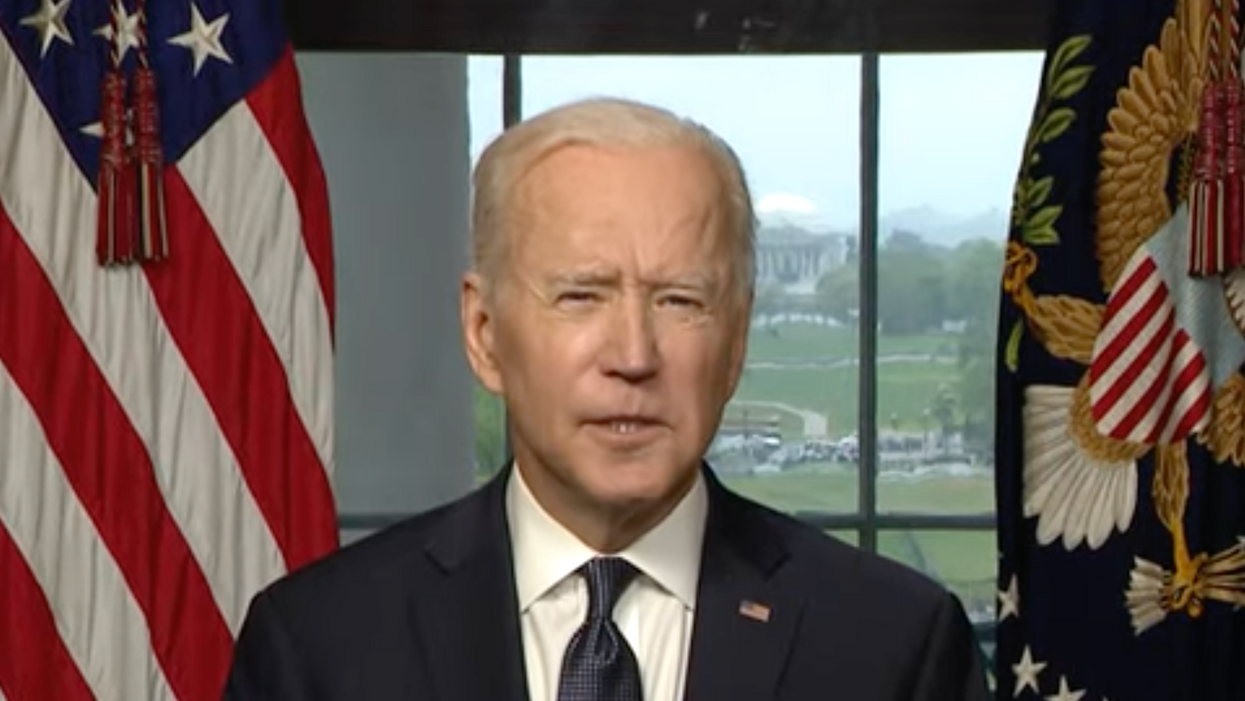 The White House said Tuesday it was preparing to announce the full withdrawal of American troops from Afghanistan by Sept. 11, 2021, two decades after the terrorist attacks that launched the invasion and occupation of that country. The president made sure reporters understood there were no conditions attached to the exit of US forces. Though there will be consequences to leaving, Joe Biden believes the time has come.

That same evening, militarized police officers in the city of Brooklyn Center, a Minneapolis suburb, continued for a third night assaulting residents protesting the murder of a Black man, Daunte Wright, at the hands of white cop during a traffic stop. Police officers were wearing body armor and helmets, carrying ballistic shields and bombarding protesters with tear gas, pepper-spray and "non-lethal projectiles." At one point last night, according to video captured by an observer, police rolled out a tank.

I set these side-by-side to demonstrate their connection—or their moral mirroring of each other. On the one hand, military power is being extracted. On the other, military power is being entrenched. With one, the enemy is the Taliban. With the other, the enemy is American. With the former, a real nation occupied a real nation. With the latter, an imaged nation occupied a real one. If we saw what's going on in military terms, everything would make more sense. We don't, though. We just call it normal.

Brooklyn Center is a metaphor for what the United States will be at some point this century. It is a white-minority city. Its mayor is a Black immigrant. Yet its police force is predominantly white. While democracy produced outcomes befitting of a political community exercising the rights to freedom and self-determination, those same outcomes have aroused fears inside the police force, as they have aroused fears inside the country at large, seeking to reassert dominance by any means, including violence.

I believe there exists in the United States an imagined nation-within-a-nation, a confederacy of the mind and spirit where "real Americans" believe they are blessed by God to rule the whole of the country by force if need be. In Real America, the problems of democracy cannot be solved democratically, because democracy was the problem in the first place. In Real America, all political problems can be solved with violence or threats of it. Since Sept. 11, 2001, we have militarized the police. We have militarized civil society (guns everywhere). We witnessed the near-overthrow of the republic. When cops hoisted a "thin blue line" flag above the Brooklyn Center police station, they were not only saying "Blue Lives Matter." They were saying this town is ours.

If we recognized this nation-within-a-nation, if we recognized this "confederacy" is incompatible with a free union, then police officers wearing body armor, shooting "projectiles" at citizens and rolling out tanks would not just look like military units. They would be military units. They would be seen, as I said Monday, as small armies occupying American cities the way American troops occupied Afghanistan, only instead behaving according to a military code of honor, these "troops" extract tribute and extort communities by threatening to withhold security services in the face of public protest. If we understood who is doing what to whom, and why and how they are doing it, I suspect we'd never tolerate it, and the solution would be obvious to all. We must demilitarize America the way we are now demilitarizing Afghanistan.

But the Republicans don't want that. For the GOP, republican democracy has not produced desirable results for over a decade. Since Sept. 11, the party has worked to create martial conditions by militarizing law enforcement, militarizing civil society (guns everywhere) and militarizing patriotism itself such that the Republicans no longer bother honoring their oath to the Constitution but pledge allegiance to a military leader, a Republican Commander-in-Chief. This is how it's possible for someone like Mitch McConnell, the Senate minority leader, to still think of himself as a patriot even after twice leading the acquittal of a rogue president who tried defrauding the people before mounting an insurgency against the United States. McConnell's first loyalty is not to America. It's to the imagined confederacy within it.

In this context, we should understand not only the rise in fascist domestic terrorism but the plague of shooting massacres we have witnessed, especially since 2012 when it was clear to the Republicans that democracy could not stop a Black president from winning reelection. Fascist terrorism and shootings massacres are two sides of the same coin. They are expressions of the confederacy and a reaction to democratic outcomes that challenge it. As María Isabel Puerta Riera has written, there's evidence showing the Republicans have paramilitaries inside and outside law enforcement. In this, the GOP is similar to an insurgency that the US spent a trillion dollars fighting. Just as the Taliban threatens from the inside the sovereign government of Afghanistan, so does the GOP threaten the sovereign government of the United States. If we saw this for what it is, the solution would be simple. But we don't. We think it's normal.