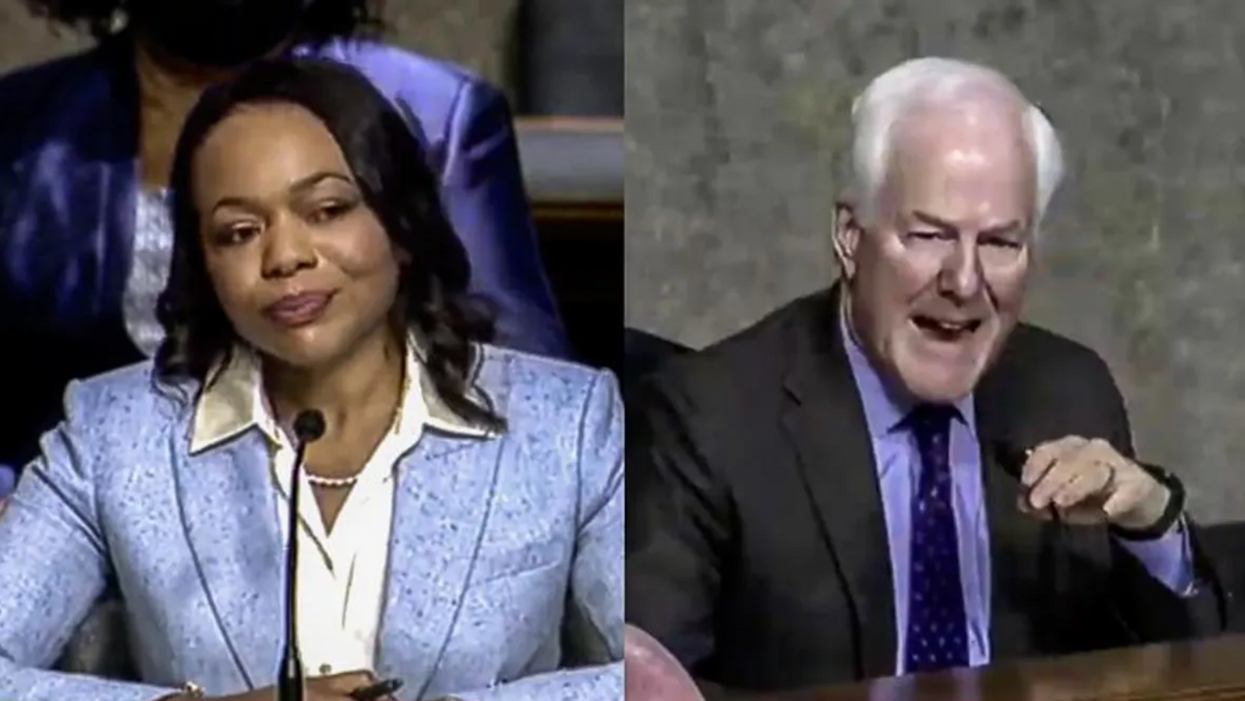 Sen. John Cornyn (R-TX) backed down at a confirmation hearing for Assistant Attorney General nominee Kristen M. Clarke on Wednesday after discovering that he had been confused by a satirical column.

At a Senate Judiciary Committee hearing, Cornyn asked Clarke about a column she had written while she was a student at Harvard.

"Well, maybe there's a misprint," the senator began, "dating back to your days in school when you seem to argue that African-Americans were genetically superior to Caucasians. Is that correct?"

"No, Senator," Clarke replied. "I believe you're referring to an op-ed that I wrote at the age of 19 about the Bell Curve Theory, a racist book that equated DNA with genetics and race. As a Black student at Harvard at that time, we took grave offense to this book."

"This op-ed opened with a satirical reference to the statement that you just noted," she continued. "Contemporaneous reporting by the campus paper made very clear that this was not a view that I espoused."

Clarke explained that the op-ed was "seeking to hold up a mirror and put one racist theory alongside another to challenge people as to why we were unwilling to wholly reject the racist theory that defined The Bell Curve book."

"So this was satire?" Cornyn clarified.