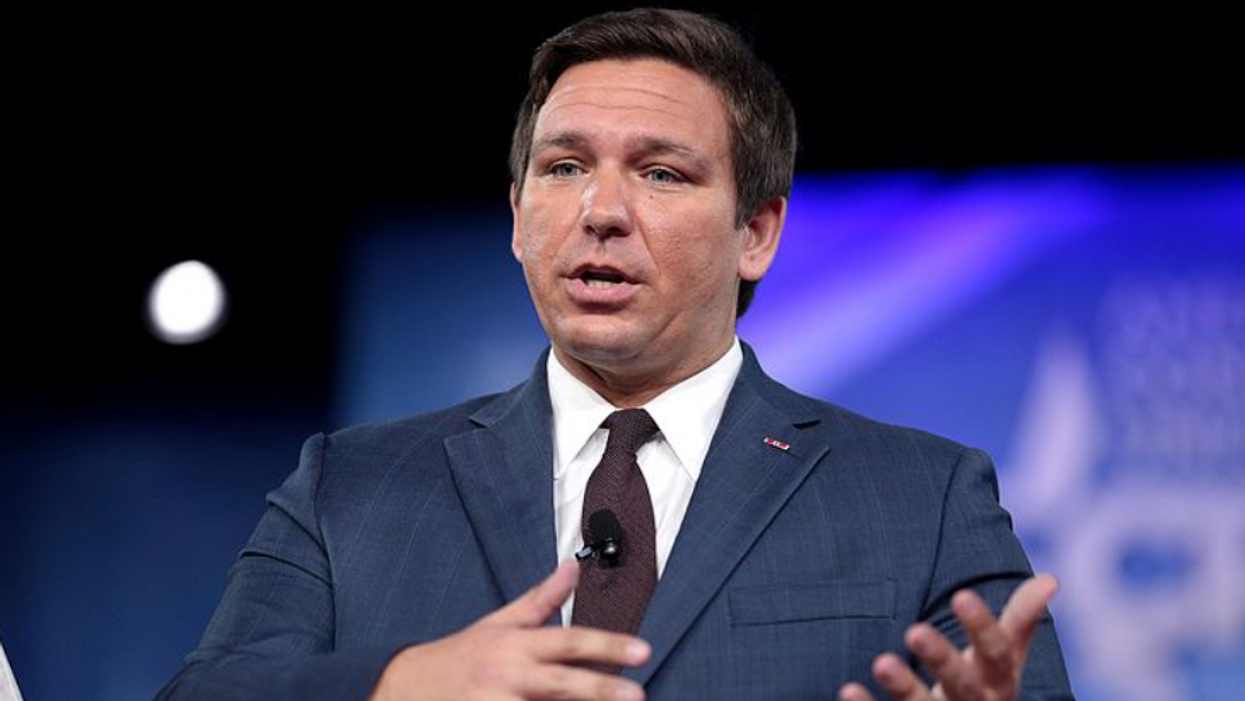 Florida Gov. Ron DeSantis (R) is pushing back against the Centers for Disease Control and Prevention's (CDC) extension of the pandemic-related "no-sail" order for cruise lines.

According to the Miami Herald, DeSantis has filed a lawsuit against the public health agency in an attempt to expedite cruise ships returning to sea. In a press conference held on Thursday, April 8, DeSantis was joined by Florida Attorney General Ashley Moody (R), U.S. Rep. Carlos Gimenez (R), and Miami-Dade County Commission Chairman Jose "Pepe" Diaz (R) as he explained his reason for taking legal action.

"Today Florida is fighting back," said DeSantis. "We don't believe the federal government has the right to mothball a major industry for over a year based on very little evidence and very little data. I think we have a great chance for success."

The publication reports that no cruise line representatives were present for the press conference as they "were caught off guard by DeSantis' suit." DeSantis' lawsuit comes as frustrated cruise companies threaten to begin cruising from ports outside of the United States as early as June of this year. With that threat looming, Florida's travel economy could suffer another blow.

DeSantis' lawsuit, filed in U.S. District Court for the Middle District of Florida in Tampa, targets the Florida Department of Health and Human Services, the CDC, and its agencies' directors, is asking the court to "declare the conditional sail order unlawful, arguing cruise lines 'are on the brink of financial ruin' and should be able to operate immediately with 'reasonable safety protocols.'"

However, legal experts are not sure the lawsuit will lead to the outcome DeSantis is hoping for.

"I think it's got negligible viability approaching zero," said Larry Gostin, a global health law professor at Georgetown University. "Under no circumstance could I see a judge striking down a regulation that applies to cruise ships and the safety of its passengers because its passengers are going to be introducing infectious diseases back into the U.S. if they get infected on the ship. The U.S. has a very strong interest and power to stop that."

According to Bob Jarvis, a constitutional law professor at Nova Southeastern University, the lawsuit is nothing more than a "political stunt" and "it's not viable." He added, "DeSantis doesn't care that it's going to be laughed out of court. By the time it gets dismissed his base will have moved on."

Democratic leaders and lawmakers have pushed back to make it clear they do not support the governor's efforts. Miami-Dade Mayor Daniella Levine Cava (D) released a statement criticizing DeSantis' legal effort.

"The tens of thousands of jobs in our community supported by the cruise industry are too important to be jeopardized by politics," she said in a statement. "...We are encouraged by recent conversations with the CDC laying out a roadmap for a safe return to sailing, including recent signs pointing to a hopeful July restart, and will continue our dialogue with the CDC and our industry partners to get cruises back in the water."