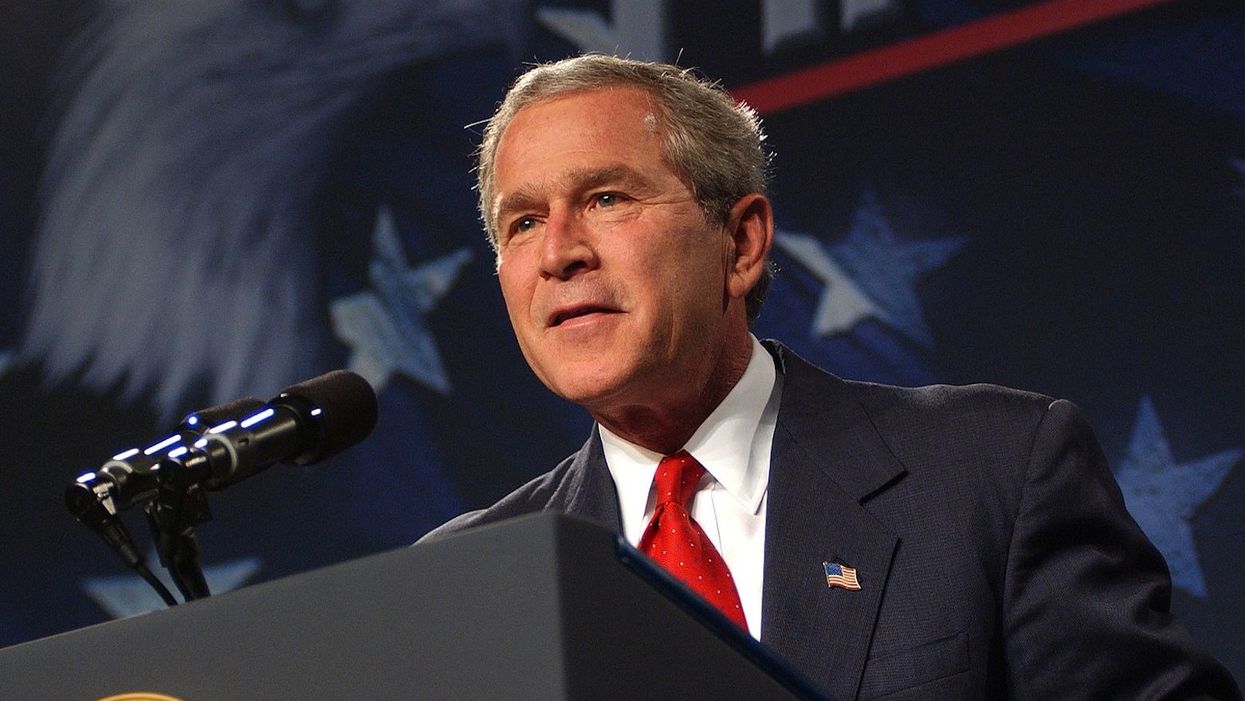 Rep. Adam Kinzinger (R-Ill.) traveled to Texas to meet with former President George W. Bush to discuss ways to unite the side of the Republican Party that opposes Trumpism.

According to CBS DFW, the rising Illinois politician has been working tirelessly to connect with like-minded Republican leaders and lawmakers who see the potential, long-term impact of Trump's rhetoric and actions. During his two-day visit to the Lone Star State, Kinzinger spent time with Bush on his first day, and on the second day, he sat down with Michael Wood, a known anti-Trump Republican pundit.

Since the insurrection on the U.S. Capitol, Kinzinger has become one of the most vocal anti-Trump Republicans in Congress. The publication reports that Kinzinger has relatively high hopes for Wood advancing in an upcoming runoff election.

"The Trump thing, it's got nowhere to go but down. It's not growing," Kinzinger said during a lunch discussion with Wood in Arlington, Texas. "But it took a lot of time for the Republican Party to be what it is today. It may take a lot of time to bring it back."

Kinzinger and his wife had the opportunity to meet with the former president and first lady. While in Bush's office at Southern Methodist University, the group is said to have discussed "foreign policy, the support among evangelical Christians for Trump and shared concerns about the direction of the party."

"He's obviously, as he's expressed, concerned with where we're at and knows it's a slog to kind of bring it back," Kinzinger said of Bush. "But it's like, if you don't fight, it's done."

Kinzinger's discussion with Wood also touched on similar concerns. "I hope that, win or lose, I at least show the rest of the country there are people willing to stand up and say these things," Wood said. "Frankly, I'm a little upset it's someone like me who's saying them. It should be shouted from the rooftop by leaders in the House, Republicans in Senate, Republicans across the country."