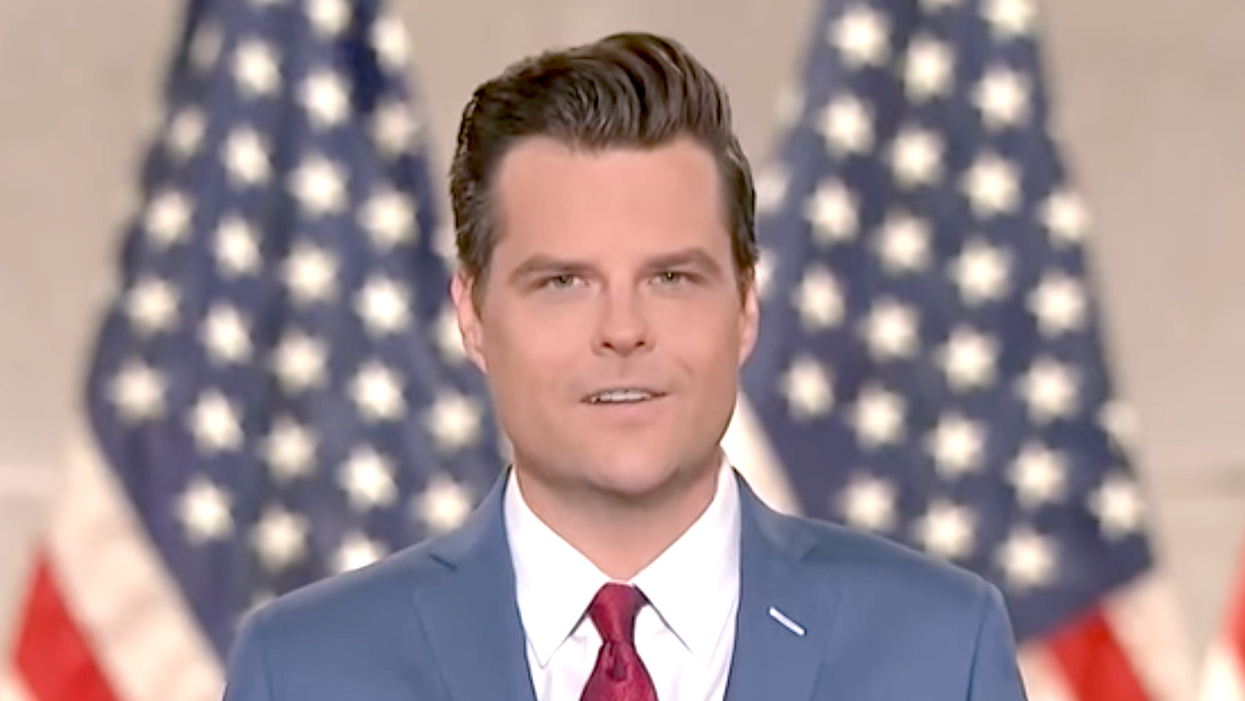 With the U.S. Department of Justice investigating allegations that Rep. Matt Gaetz of Florida was sexually involved with a 17-year-old girl — an allegation he has vehemently denied — the far-right GOP congressman's history is being closely scrutinized. With this new lens, many observers — including The Bulwark's Charlie Sykes — have highlighted old quotes from Gaetz's book, "Firebrand: Dispatches from the Front Lines of the MAGA Revolution," published in September 2020.

Reporting on the book in Vanity Fair on September 14, 2020, journalist Abigail Tracy drew attention to some of the things Gaetz had to say about then-President Donald Trump's personal life as well as his own. Gaetz, one of Trump's most bombastic supporters, wrote, "I have an active social life, and it's probably easier in the era of Trump. We've had 'perfect family man' presidents before, after all, and many of those men sold out our country, even if their wives were happy the whole time. If politicians' family lives aren't what really matter to the voters, maybe that's a good thing. I'm a representative, not a monk."

This last line now seems more like a confession than a boast, as multiple reports indicate he has been sexually inappropriate at work and mya have paid women for sex.

Trump, during his presidency, was incredibly popular among far-right White evangelicals like Pat Robertson, Tony Perkins, James Dobson and Jerry Falwell, Jr. — which is ironic in light of the fact that, as Tracy noted in Vanity Fair, Trump was a "thrice-married serial adulterer." And Gaetz, in his book, used the words "fun-loving politician" to describe Trump and indicated that he was cut from the same cloth.

"We've got a president now who doesn't care for puritanical grandstanding or moralistic preening," Gaetz wrote. "He is a lot more direct — even visceral, open, and realistic — about his likes and dislikes. So overall, this is a good time to be a fun-loving politician instead of a stick-in-the-mud."