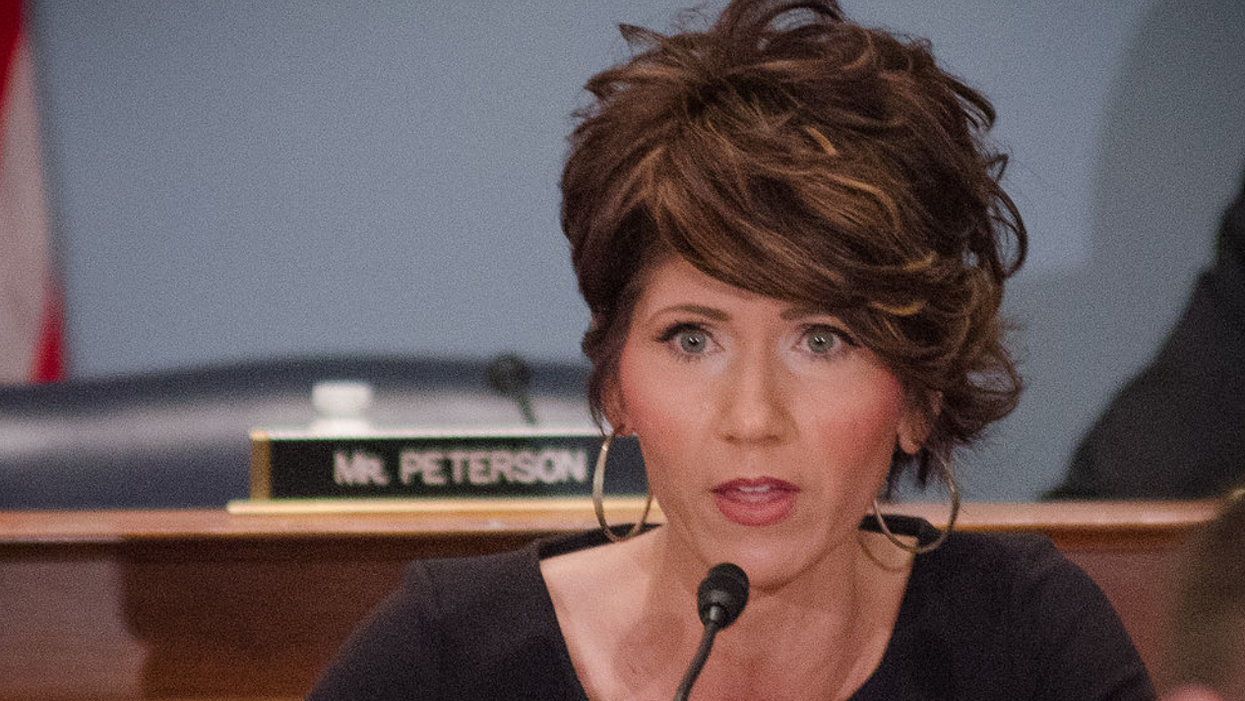 South Dakota Gov. Kristi Noem (R) is standing with Republicans who have condemned President Joe Biden's infrastructure proposal and its massive price tag but in the midst of bashing the president's proposed plan, Twitter users realized she does not have a clear idea of what infrastructure actually is.

On Wednesday, March 31, the South Dakota governor appeared on Fox News with host Sean Hannity where she was asked about the Biden administration's infrastructure plan and other proposed projects.

Noem quickly sounded off with critical remarks as she expressed disapproval of the plan's price tag — a common complaint many Republicans have noted. Then she moved on to admit that she was "shocked" the president's infrastructure plan also aims to address problems with "housing and pipes."

"I was on a call with the White House today with all of the governors talking about the specifics of this package and I was shocked by how much doesn't go into infrastructure," Noem said. "It goes into research and development. It goes into housing and pipes and different initiatives, green energy. And it really is not an honest conversation we're having about what this proposal is."

By definition and categorization, housing and pipes can also be defined as infrastructure. According to the Oxford Learners Dictionary, infrastructure is considered "the basic systems and services that are necessary for a country or an organization to run smoothly, for example, buildings, transport and water and power supplies."

The governor's blunder was not missed by social media users. Many Twitter users quickly surmised that Noem has no idea what infrastructure is.

@thedailybeast My mother taught me to never show my underwear in a crowd. Kristi Noem’s public display of ignorance is equally embarrassing
— unefemmefrancaise (@unefemmefrancaise)1617274302.0

@thedailybeast My mother taught me to never show my underwear in a crowd. Kristi Noem’s public display of ignorance is equally embarrassing
— unefemmefrancaise (@unefemmefrancaise)1617274302.0

Tonight on cable news... One of the left’s stars, @aoc, explained in detail how trillions of dollars could be depl… https://t.co/hqrCGhkfIU
— Mehdi Hasan (@Mehdi Hasan)1617250802.0

Many Twitter users also advised Noem to do a little research to learn the basic definition of infrastructure and what it entails.