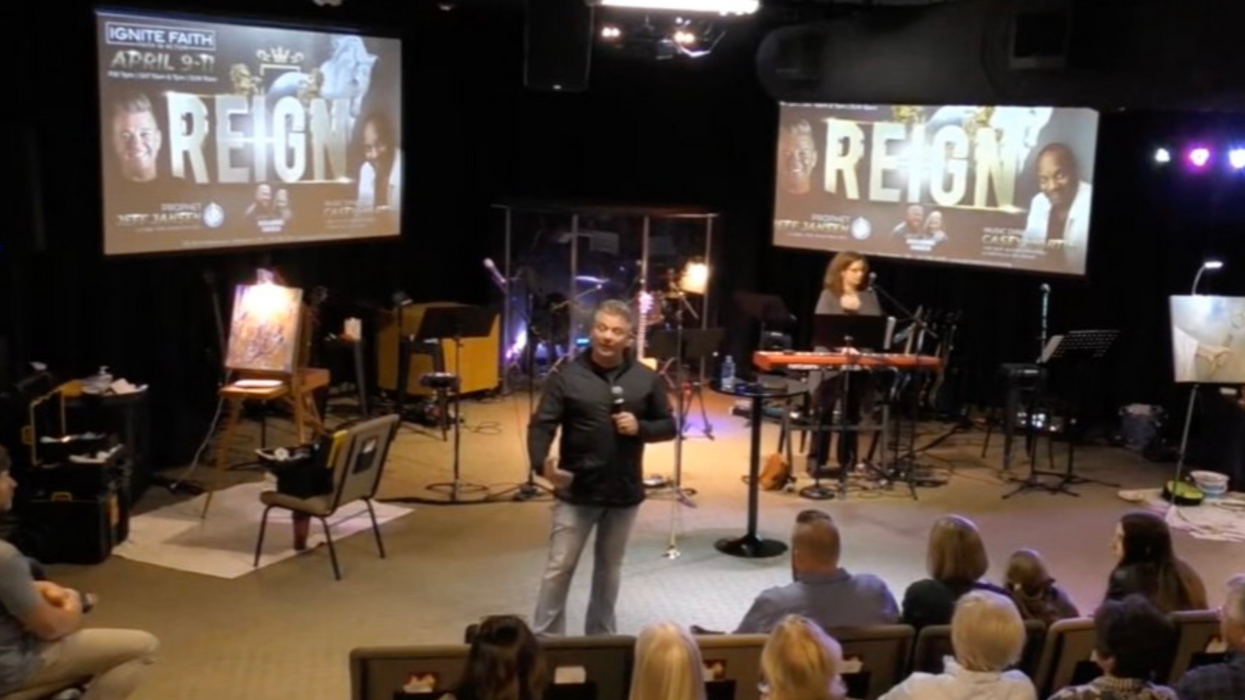 Evangelical pro-Trump minister Jeff Jansen denounced the Christian church of the 21st century, calling it "effeminate, almost homosexual," in comparison to Jesus Christ, who, he says, was "a man," "a tough guy."

Jansen, author of "Trump: The Destiny of God's America: The Great Awakening and Battle for Our Country's Future," delivered his declaration "at a 'Reign' conference at Ignite Faith Church in Redmond, Oregon, over the weekend, where he bragged that the ushers at his church all carry guns and will not hesitate to kill anyone who even thinks 'about starting something,'" according to Right Wing Watch's Kyle Mantyla.

"Jesus wasn't a wimp," Jansen told parishoners. "He was a tough guy. He was a man. OK? He was a man. When they were selling in his Father's house, he went and he braided a whip. Now, that takes time. He's braiding a whip, and he's like, 'I'm coming for you, coming for you.' … He was very deliberate, and he was mad. He's a man. He whipped them. Sorry. Just whipped them. 'Oh, Jesus wouldn't do that.' The heck he wouldn't," Jansen ssaid.

"He was a man. But the church—the ekklesia, the government of God—has been so neutered and so turned effeminate, almost homosexual," he added. "I'm just telling you straight up. It's just ridiculous. Where are the men? Where's the maleness? Where is the 'I will defend the children, I will protect the family'? My ushers at my church, they all pack. I mean, they all pack. You come to my place, and you think about starting something, you're dead. They'll kill you. They'll shoot you because they're gonna protect everybody else. You try to pull something, you're dead. I said, 'Listen, guys, if I'm up there preaching and somebody comes up running, make sure you get them. Just kill 'em. Just shoot 'em dead.'"