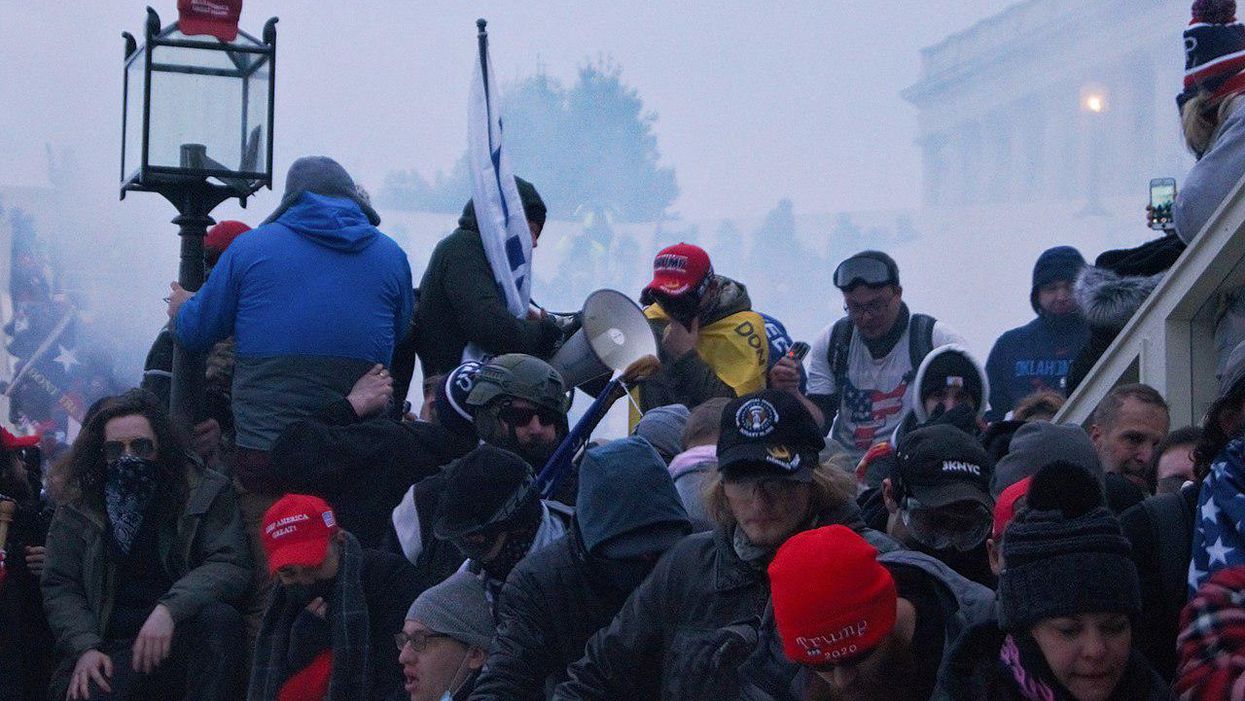 Hundreds have been arrested for their alleged involvement in the deadly U.S. Capitol riots that erupted on Jan. 6.

Now, court documents detailing how the Federal Bureau of Investigation (FBI) compiled evidence are also being revealed as digital rights advocates raise questions and concerns about the invasiveness of such technology and how it infringes upon Americans' privacy.

From license plate readers to log people's whereabouts to enhanced facial recognition software, federal authorities managed to use an array of technologically advanced tools to identify and track down Capitol riot suspects, according to The Washington Post.

The publication also offers a full breakdown of how the software was used as part of the investigative probe into the insurrection on the U.S. Capitol.

The cache of federal documents lays out a sprawling mix of FBI techniques: license plate readers that captured suspects' cars on the way to Washington; cell-tower location records that chronicled their movements through the Capitol complex; facial recognition searches that matched images to suspects' driver's licenses or social media profiles; and a remarkably deep catalogue of video from surveillance systems, live streams, news reports and cameras worn by the police who swarmed the Capitol that day.

In addition to the plate readers and facial recognition software, technology to scan social media pages and extract data from cell phones has also proven to be quite beneficial for investigators. According to the publication, investigators managed to pull 12,000 pages of cell phone and social media data from one mobile device using the software Cellebrite.

Vigilant Systems is another software that investigators utilized to capture license plates as suspects drove into Washington, D.C. The Post reports that the company serves as a contractor to oversee databases of travel records. Scanners are reportedly "installed on thousands of streetlights, speed cameras, toll booths, police cars and tow trucks across the United States," and designed to "record every passing vehicle."

Chuck Wexler, executive director of the Washington, D.C.-based think tank, Police Executive Research Forum, explained the benefits of technology as he noted how much more difficult the investigation would have been two decades ago.

"If the event happened 20 years ago, it would have been 100 times harder to identify these people," said Wexler. "But today it's almost impossible not to leave your footprints somewhere."

However, digital rights activists are not completely in support of such invasive technology. While it does have benefits, Evan Greer, director of the digital rights group Fight for the Future, noted how it could be dangerous when accessed by the wrong individuals.