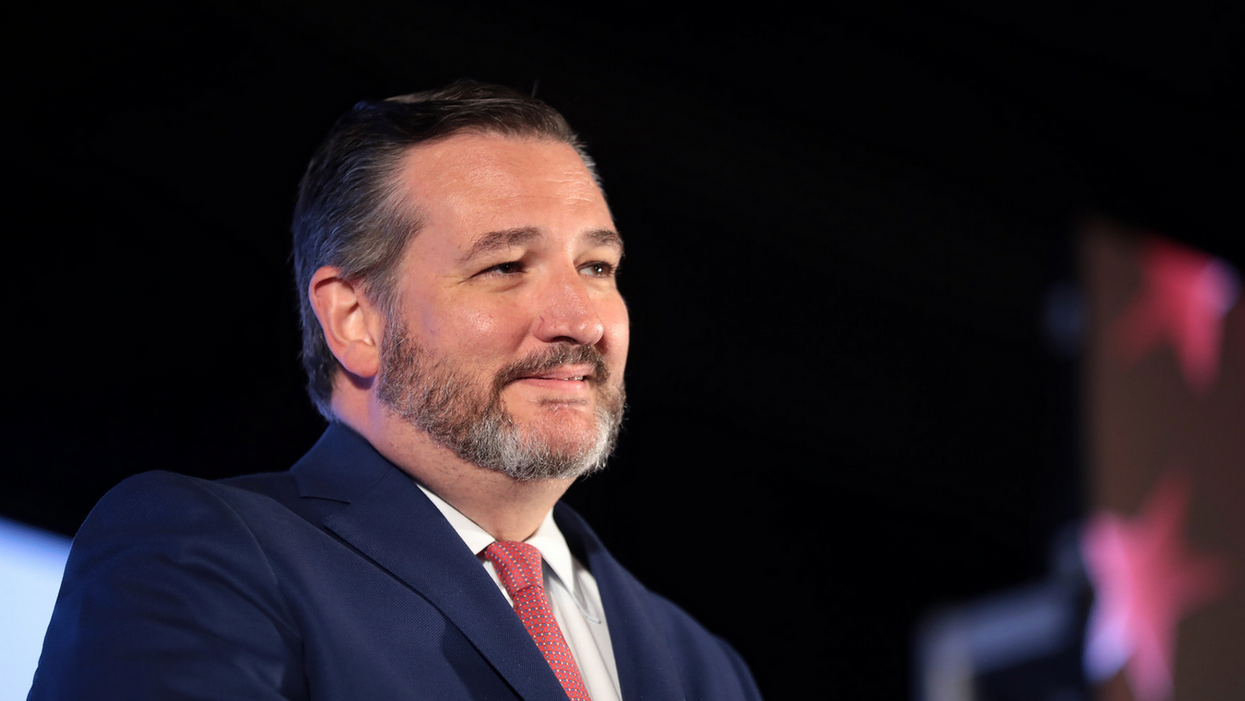 The problem with having a base that isn't particularly interested in reading anything more than a headline is that it is hard to sell books to those folks. You couple that with holding and promoting wildly unpopular positions on health care, foreign policy, economics, race, and justice, and a proclivity to act morally hypocritical and you are creating the kinds of conditions most book publishers would shy away from. Add to that most of the things you say are factually incorrect, a potential lawsuit in the waiting for a publisher, and it is a wonder how any of these conservative jokes get publishing deals in the first place.

However, the conservative oligarchy-bubble has figured a way around promoting an unpopular product—buy the perception that it isn't popular. For some time news outlets have reported on the self-dealing, bulk-book buying tendencies of campaigns and Republican committees, that help propel books by people from people like Sens. Mitch McConnell, Ted Cruz, and Tom Cotton, Rep. Dan Crenshaw, and cosmic embarrassment Donald Trump Jr., access to national best-seller lists. Being on a best-seller list—especially from one of the Republican proclaimed fake news sites like the Washington Post or the New York Times, can boost your sales further being the premiere advertisement for literature and nonfiction in the United States.

The Washington Post did a report on the shady-quality of this practice, pointing out that "Four party-affiliated organizations, including the Republican National Committee, collectively spent more than $1 million during the past election cycle mass-purchasing books written by GOP candidates, elected officials and personalities, according to Federal Election Commission expenditure reports." The practice is not simply deceitful in promoting a false sense of popularity for unpopular ideas, but because authors of books make serious money if they can get on best-seller lists off of royalties from hundreds of thousands of dollars in book sales.

One of the more well-publicized self-dealings in recent months was Texas's answer to intelligence, Rep. Dan Crenshaw, whose book got a $400,000 boost in sales from the National Republican Congressional Committee (NRCC). The NRCC defended its purchase of Crenshaw's book, saying that it had fundraised no less than three times the amount off of the book (signed copies, etc.), making it a legitimate purchase. But the Republican former Navy SEAL, who holds an elected office based almost entirely on the truly twisted Republican gerrymandering of a Texas district, was able to point to his best-seller status as proof of the popularity of his opinions.

Trump Jr., his dad the Donald, truly unpopular Senate Minority Leader Mitch McConnell, unpopular China-phobe Sen. Tom Cotton, and Capitol building insurgent supporter Sen. Josh Hawley all got lucky with bulk purchases of their books this past election cycle according to the Post. Hawley's big pre-buy got sidetracked when Simon & Schuster canceled the book deal with Hawley for his sweeping endorsements of anti-Democratic, fact-free election fraud charges—though he forgot to mention he likely kept some of the advance while he whined about freedom of speech.

Tom Cotton, best-known for being a slimmer, cleaner-shaven, and more hawkish version of Ted Cruz, seems to have received quite a bit of help from political action committee the Senate Conservatives Fund. According to the Post, they spent close to $90,000 buying Cotton's book—the title of which is something like Soldier Duty, Soldier soldier, duty duty, I hate China and Democracy. Coincidentally, this was the same PAC that threw $65,000 at "Regnery Publishing, [Ted] Cruz's publisher, for advance copies of Hawley's forthcoming book."

Last week, campaign finance watchdog Campaign Legal Center filed a complaint against Sen. Ted Cruz, with the Federal Election Commission and the Senate Ethics Committee. Highlighting Cruz's 15% royalty rate and his campaign's expenditure of around $18,000 on Facebook ads promoting his book, the complaint accuses Cruz of violating "the ban on the personal use of campaign funds at 52 U.S.C. § 30114(b)(1)." The complaint also reminds the two committees that the evidence they are presenting is just the Facebook advertisements and there might very well be Cruz campaign expenditures promoting his garbage tome on other platforms.

In the three months following the publication of Cruz's book, Ted Cruz for Senate paid third-party booksellers Books-A-Million and Barnes & Noble over $154,000 for "books." Other Facebook ads offered supporters a signed copy of the book in exchange for a contribution (while also urging viewers to "pre-order a copy today at Amazon or your local book retailer") and linked to a Ted Cruz for Senate fundraising page.

This isn't news for Ted Cruz, who has long bent, if not broke, the laws of campaigning and campaign finance. His interest in honesty has never existed and he has never shown the slightest of moral compunctions. And while Ted Cruz may technically be considered more intelligent than someone like Donald Trump Jr., the two men participate in identical cynical and corrupt behavior. In Junior's case, it's his actual daddy that helps pay for his lack of popularity, while in Ted Cruz's case, it's the Republican Party machine and his own campaign that he treats like a rich daddy.

Technically, the issue here is that Ted Cruz's campaign did not bulk buy directly through the publisher. The reason why this is important is that this issue has long been understood to be a thorny problem, and the FEC has made rulings on it dating back to 2014. Buying directly from the publisher, according to the FEC, allows the publisher to count those sales outside of the sales of books that they owe royalties to authors for. Cruz's campaign spent thousands directly through retailers. This makes it much more like that Cruz's royalty payouts got a direct personal bank account boost from his own campaign's funds. He's not the only one, as everybody's favorite know-nothing-at-all Dan Crenshaw's book got almost a quarter of a million in sales from a retail direct purchase by the NRCC.

Before you let that friend of yours that says chem-trails control the weather chime in, the Post explains that this level of bulk-buying, padding out the book sales, is largely a GOP "phenomenon."