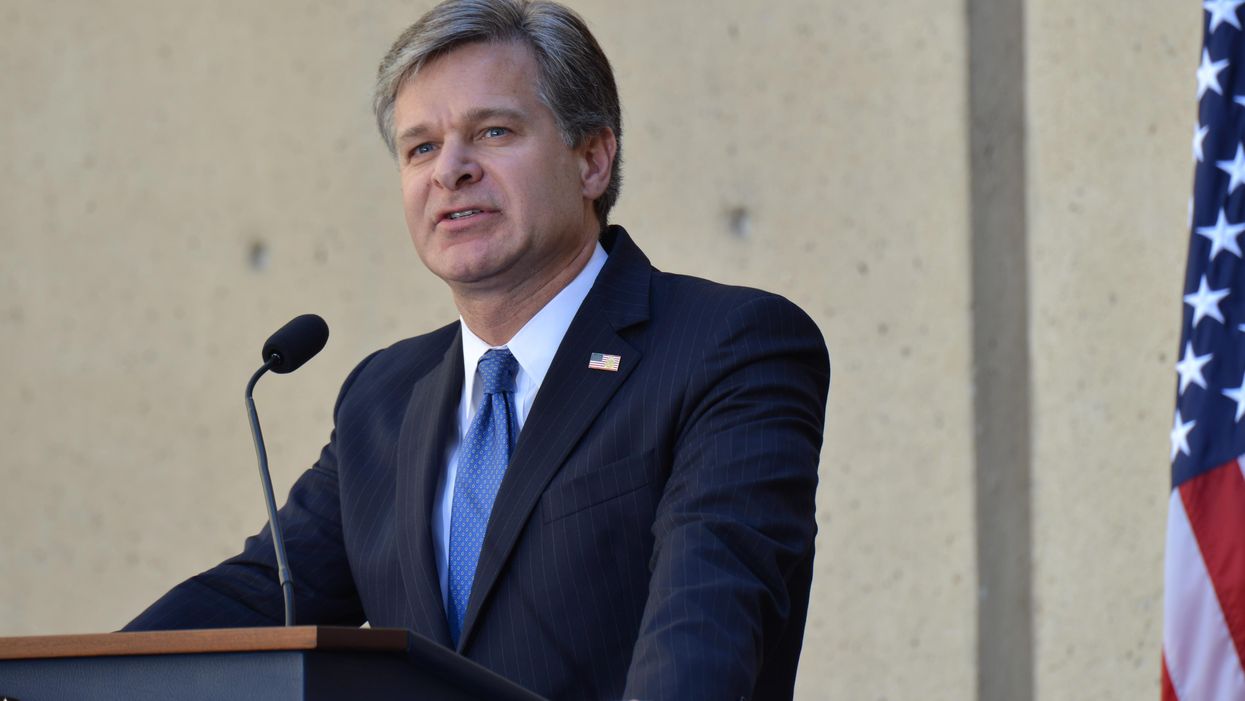 Nashville bomber was not a terrorist, but motivated by suicide: FBI

The FBI wants to hear from Hasidim, or “ultra-Orthodox" Jews. The Hate Crimes Unit said as much when it issued announcements – in both Yiddish and Hebrew – asking Jews to report antisemitic incidents in an outreach campaign launched in April 2021.

The campaign follows highly visible antisemitic incidents in the U.S. in recent years, including the 2018 shooting at the Tree of Life synagogue in Pittsburgh, which left 11 people dead.

Hasidic Jews make up the overwhelming majority of Yiddish speakers in the U.S. They number about 320,000 adults, according to Matt Williams, director of the Orthodox Union for Communal Research. Outreach to this community poses distinctive challenges because Hasidic communities can be insular, often seeking to address issues from education to sexual assault without involving outsiders.

As someone who has written about Jews and the FBI, I am not surprised that the FBI now wants to address antisemitism. But the FBI has a complicated history with Jews. It is a past that suggests the FBI has loved the idea of Judaism as a religion, but not necessarily American Jews themselves.

Officially founded in 1935, the FBI was designed to take on domestic crime and surveillance. By the late 1940s, driven by Cold War ideals, FBI Director J. Edgar Hoover bolstered an image of the U.S. as religious and moral as opposed to its enemy – an atheistic, immoral Soviet Union. Embracing Judaism as good, lawful and American was strategic.

During his prepared remarks at a 1947 House Un-American Activities Committee hearing, Hoover called communism an “evil work" and “a cause that is alien to the religion of Christ and Judaism." He believed that the U.S. had a superior moral foundation – a religious one – and that communism was built on nothing but human iniquity.

Claiming for the U.S. a “Judeo-Christian" heritage, as became popular in the 1950s, supported the Cold War cause in another way too. It subtly referred to both God and democracy, and implied that both were on the side of Americans.

Instead of merely emphasizing Christianity, the phrase also allowed Hoover and others to tout what they perceived as the U.S.'s religious tolerance and inclusiveness. Since many Christians imagined Judaism as a precursor to Christianity, Judaism could signal diversity and democracy without seeming foreign. In practice, this meant that references to Judaism were not about anything distinctively Jewish but rather about what people thought it shared with Christianity, like the Ten Commandments.

But there was a complication to the FBI's embrace of Judaism. By the 1950s, U.S. Jews had a long history with the political left, including support of the Socialist and Communist parties, which the FBI saw as threats.

“Communists have been, still are, and always will be a menace to freedom, to democratic ideals, to the worship of God and to the American way of life," Hoover told the House Un-American Activities Committee in 1947.

FBI officials and records associated Jews with communism. An American Jewish Committee document from this period reported that the FBI estimated that 50% to 60% of U.S. communists were Jews.

These accusations and investigations had sometimes devastating effects. The Jewish actor Philip Loeb died by suicide after he was blacklisted from Hollywood and investigated by the FBI and could no longer work to support his disabled son. He overdosed on barbiturates in a New York hotel room. Days later, the FBI cleared him of being a member of the Communist Party.

Internal FBI workings also demonstrated assumptions about Jews and communism as well as strategic sympathy to anti-Jewish prejudice. When an informant told agent Jack Levine that all Jews were communists, Levine was instructed to keep it out of his written report so that the bias could not discredit the informant. It did not appear to concern the FBI that the bias meant the informant might not be truthful.

The FBI today is hardly the same organization that it was during the Cold War, but its sympathies for Judaism do have historical resonance. In 1958, bombers dynamited The Temple, the synagogue of the oldest Jewish congregation in Atlanta. The blast killed no one but caused at least US$100,000 in damage. President Eisenhower told Hoover to send the FBI to investigate, and Hoover quickly complied, even though it may not have been under the FBI's jurisdiction. Hoover saw the bombing as an attack on religion, and so it was an attack on the country.

With this history in mind, Yiddish and Hebrew announcements soliciting information from Jewish religious communities should come as no surprise – especially because some antisemitic attacks in the U.S. have taken place in religious spaces. For many, the mass shooting at the Tree of Life synagogue in Pittsburgh looks like an attack on America because it is an attack on Judaism, even on religion. Outreach to Hasidim – the American Jews who look the most religious – has become one way the FBI wants to stop those attacks.

[Explore the intersection of faith, politics, arts and culture. Sign up for This Week in Religion.]