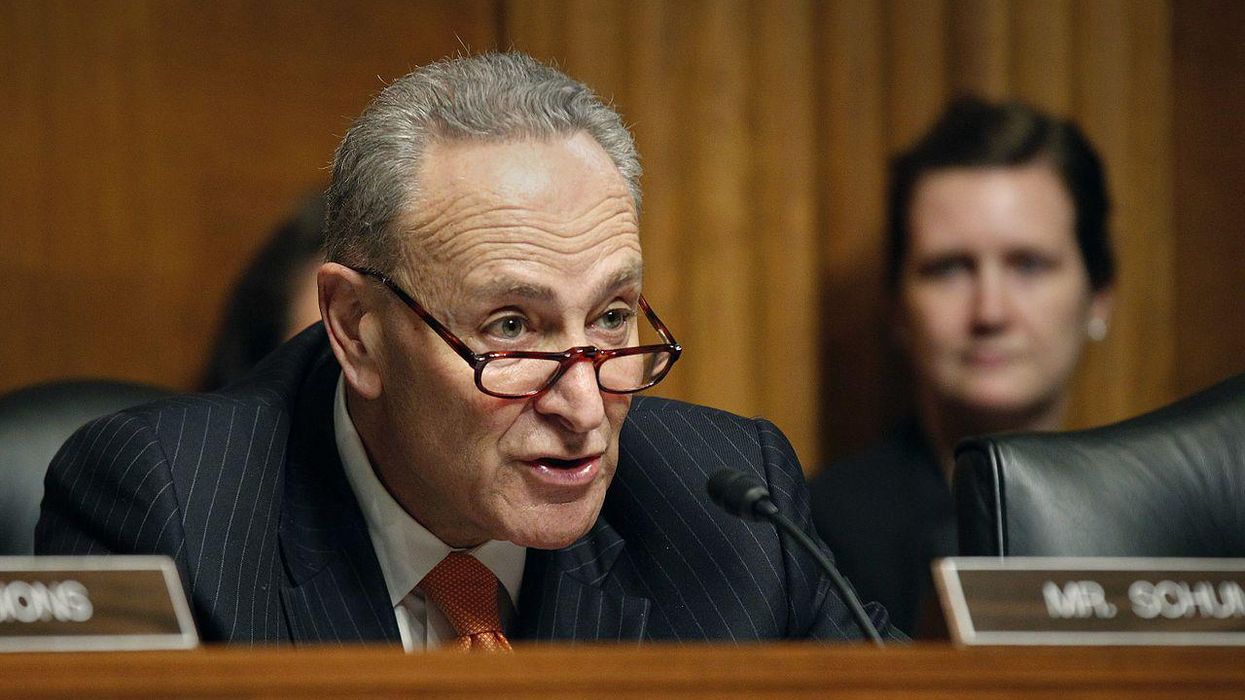 A Brooklyn court paper dated April 6 states that "defendant" Maiorana has "asked for permission to enter a plea of guilty." The district judge listed on the document is 86-year-old Frederic Block of the Eastern District of New York.

The far-right Maiorana bought into the false and debunked claims that Trump was a victim of widespread voter fraud in the 2020 presidential election, and according to prosecutors, he viewed Schumer as one of the people who helped now-President Joe Biden steal the election. On November 8, the day after the Associated Press and other major media outlets reported Biden as president-elect, Maiorana, according to prosecutors, wrote, "Soap Box, Ballot Box…that was fraudulently stolen from us, Now Cartridge Box."

Maiorana, the court papers said, showed his anti-Semitism in his anti-Schumer comments, writing, "As the Jew Senator from Jew York said nothing is off the table."

The "nothing is off the table" reference was quoting Schumer's remarks about the nomination of Amy Coney Barrett to the U.S. Supreme Court. But while Schumer wasn't advocating violence — he was hoping, in vain, that Senate Democrats would somehow find a way to derail her confirmation — prosecutors believe that Maiorana was.

On November 5, two days after the presidential election, Maiorana wrote, "The carnage needs to come in the form of extermination of anyone that claims to be democrat…as well as their family member."

After Maiorana was arrested in November, Assistant U.S. Attorney Artie McConnell argued that he shouldn't be granted bail and noted that during a search of his home, FBI agents found a loaded semi-automatic weapon, an expandable baton and a taser. Because Maiorana had been convicted of statutory sexual assault in Pennsylvania in 2007 — which made him a Level 1 registered sex offender — it was illegal for him to be in possession of firearms.

McConnell said of Maiorana, "This defendant greatly exceeded what can be characterized as political hyperbole, using words like carnage, extermination, assassination."

Prosecutors, in their complaint against Maiorana, also said that his choice of reading material underscored his anti-Semitism. On November 8, according to the complaint, Maiorana wrote, "'The Turner Diaries' must come to life. We blow up the FBI building for real. All the alphabet agencies assassination will become the new normal now…that the electoral process is finished."

Maiorana, according to prosecutors, called for attacks against liberal and progressive protesters on October 19 when he posted, "Its come to the point where pipe bombs need to be thrown into these mobs of … protesters."

William Luther Pierce's racist 1978 novel, "The Turner Diaries," depicted the overthrow of the United States' federal government and the extermination of non-Whites. And one of the terrorists who considered "The Turner Diaries" a source of inspiration was the late Timothy McVeigh, whose attack on the federal building in Oklahoma City in 1995 was the deadliest terrorist attack in U.S. history prior to 9/11.