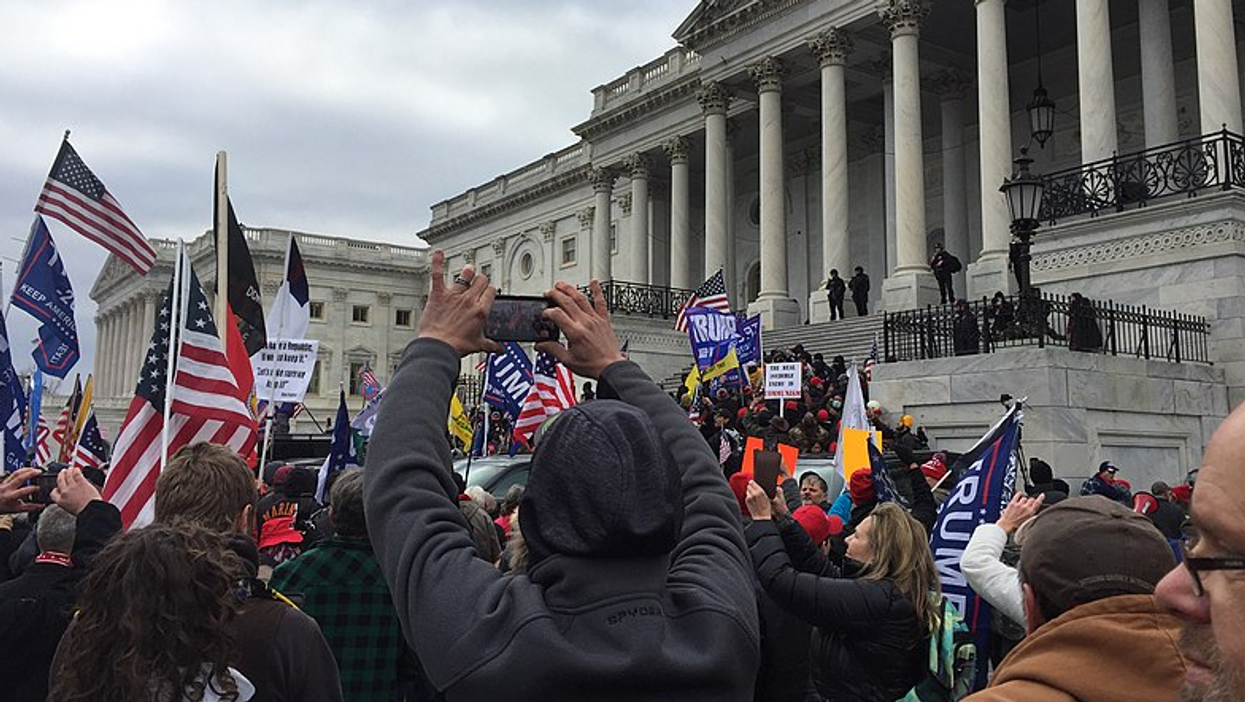 Crowd of Trump supporters marching on the US Capitol on 6 January 2021, ultimately leading the building being breached and several deaths.

U.S. Capitol police officers were reportedly told to go easy on the angry mob of Trump supporters who stormed the federal building on Jan. 6, according to a blistering new report from the law enforcement agency's internal investigator.

The New York Times reports that the 104-page report was compiled by the agency's inspector general, Michael A. Bolton. As part of the report, Bolton criticized Capitol Police for its preparations and response to the insurrection that erupted on Jan. 6.

In the report, Bolton noted that he discovered that Capitol law enforcement leaders ordered the Civil Disturbance Unit to "refrain from using its most powerful crowd-control tools — like stun grenades — to put down the onslaught."

The inspector general report also determined "that the agency's leaders failed to adequately prepare despite explicit warnings that pro-Trump extremists posed a threat to law enforcement and civilians and that the police used defective protective equipment."

The Times describes Bolton's report as "the most devastating account to date of the lapses and miscalculations around the most violent attack on the Capitol in two centuries."

Despite Capitol Police receiving a detailed intelligence assessment that warned of violence from outraged Trump supporters who believed the election was stolen from the former president, the law enforcement agency did not take necessary steps to mitigate impending violence, the report suggests.

Bolton surmised that the agency's intelligence lapses stem from internal dysfunction; an issue that calls for "guidance that clearly documents channels for efficiently and effectively disseminating intelligence information to all of its personnel."

"Unlike previous post-election protests, the targets of the pro-Trump supporters are not necessarily the counterprotesters as they were previously, but rather Congress itself is the target on the 6th," the threat assessment said, according to the inspector general's report. "Stop the Steal's propensity to attract white supremacists, militia members, and others who actively promote violence may lead to a significantly dangerous situation for law enforcement and the general public alike."

The report will be used as part of the Capitol Hill hearing scheduled for Thursday, Apr. 15.